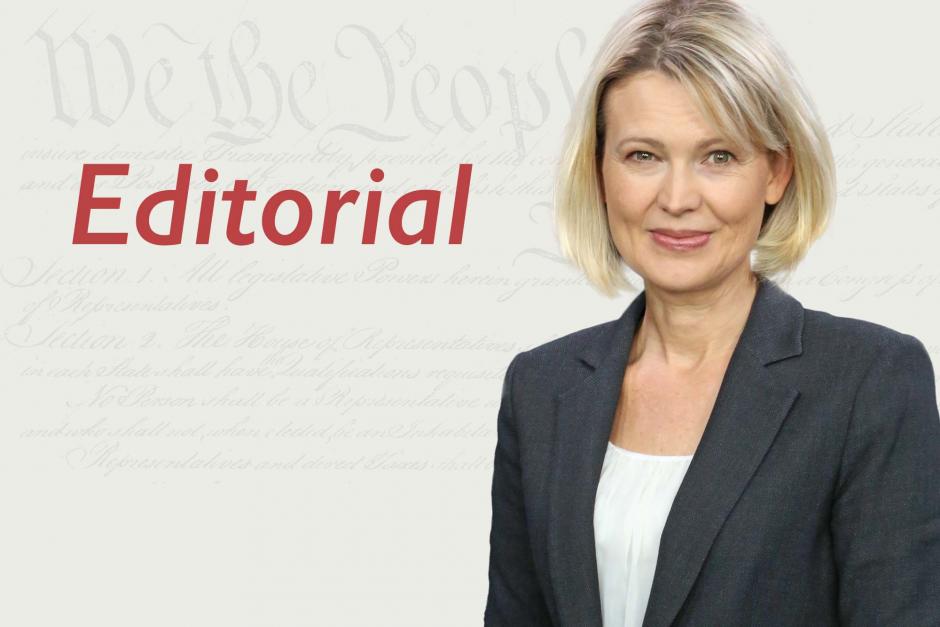 “Blisteringly acrimonious” is perhaps a mild description of recent public discussions about the federal Respect for Marriage Act, a new law that codifies recognition of same-sex marriage. Two polar extremes have defined the debate. Both showcase our continuing national confusion about religious freedom.

On one hand, some on the extreme left allege that religious free exercise claims are being used as a cover for bigotry. They point to surveys showing that a vast majority of Americans now support same-sex marriage. Thus, their argument goes, our laws should no longer accommodate minority religious beliefs about marriage and human sexuality. Conservative religious schools and institutions that refuse to “update” their beliefs should lose their tax-exempt status, along with any exemptions from antidiscrimination laws.

To this end, many LGBTQ+ advocates have been working to advance the Equality Act, a proposed law that explicitly targets religious freedom protections for those who hold a traditional understanding of human sexuality.

But they’re wrong about religious freedom. Religious freedom isn’t a conditional right that fluctuates according to what a current majority views as moral orthodoxy. It’s a right that protects the ability of religious institutions and individuals to live, worship, preach, teach, and participate in society, regardless of whether or not their beliefs are out of favor with a majority of Americans.

On the other hand, the extreme right warn that any redefinition of the legal contours of marriage, as a civil institution, is—on its own—an attack on religious freedom. They aren’t mollified by the religious freedom protections in the Respect for Marriage law. Instead, they claim that America was founded as a Christian nation. For this reason, they argue, the traditional heterosexual Christian understanding of marriage must be reflected in the legal definition of marriage, regardless of whether most Americans hold these religious beliefs or not. (It’s an argument that ignores the fact that civil laws around marriage have long since departed from their religious moorings. No-fault divorce, which is available in my home state of Maryland, certainly doesn’t reflect my faith’s understanding of the sacred bonds of marriage.)

These arguments are also wrong about religious freedom. Religious freedom as defined by our Constitution isn’t the right to have a particular religious perspective of morality or human sexuality reflected in law. Rather, religious freedom depends on clear boundaries between religious doctrine and government action—a separation that allows people of many different faiths, or of no faith at all, to flourish equally.

For people of faith, it’s easy to accept that the Constitution protects our right to hold, teach, and practice our beliefs. But it can be much harder to accept the second proposition—that there’s no constitutional guarantee that our nation’s laws will line up perfectly with our own religious views.

I once traveled with a delegation of church leaders to a country in Southeast Asia. In this nation more than 90 percent of the population belonged to one religious tradition, which understandably wielded immense cultural and political power.

There we met with the federal minister for religion. We exchanged gifts, took photos, and traded diplomatic courtesies. During the short visit the minister assured us that his nation took international law seriously. He pointed to his country’s constitution, which extended religious freedom rights to all faith traditions.

Some of the most creative, eloquent fiction you’ll ever read is found within the constitutions of some nations. Why? Because religious freedom protections—however eloquent—are meaningless without establishment clause protections, which prevent the blurring of lines between religious doctrine and public policy.

The genius of our First Amendment lies in the complementary action of both religion clauses working together. The free exercise clause means the government must give great legal deference and protection to religious belief and practice. At the same time, the establishment clause defines boundaries between the role of government and that of private religious institutions. It says, in effect: “The government must have no opinion on religious doctrine and can’t play religious favorites. Its job is to respect all religions and to protect everyone equally, regardless of their belief or nonbelief.”

We diminish the strength of either religion clause at our peril. These two clauses working together are why, on a street not far from where I live, an Islamic mosque, a Ukrainian Orthodox church, a Hindu temple, and a Baptist tabernacle all occupy real estate within hailing distance of each other. It’s the reason why religious schools and houses of worship can thrive even if they teach a theology that’s out of step with current sexual norms.

No doubt there are more difficult conversations ahead about civil rights, religious beliefs, law, and morality. But perhaps it would be helpful to take a step back, and first remind ourselves what religious freedom is—and isn’t.