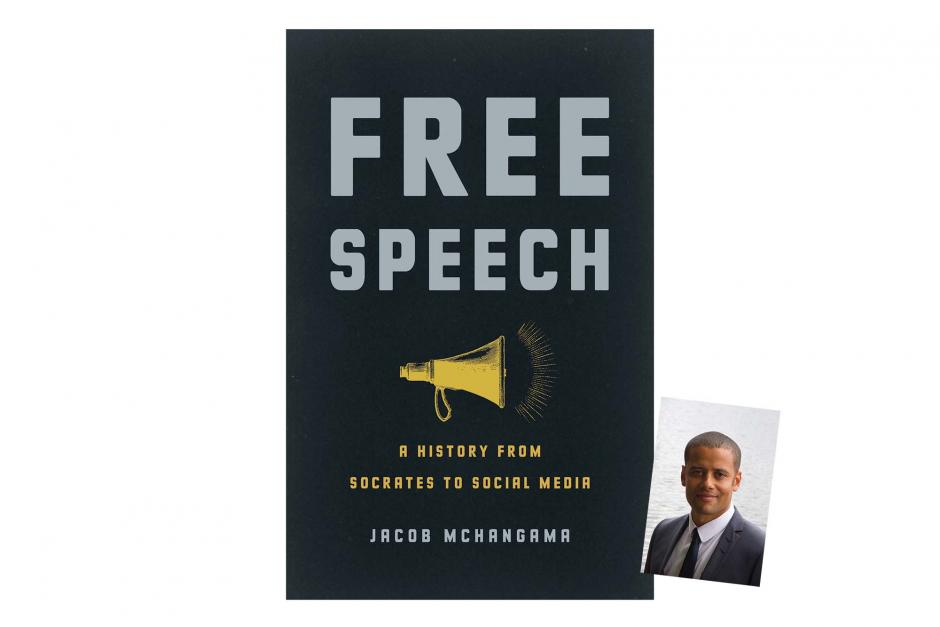 It is axiomatic that an idea established by silencing every voice of opposition is inevitably on the wrong side of history. In his book Free Speech: A History from Socrates to Social Media author Jacob Mchangama, a Danish lawyer and social commentator, sets out a sweeping history of free speech; a fundamental human right that, along with freedom of association, Mahatma Gandhi once called the “lungs of a country.” From cover to cover, Mchangama argues that the right of free speech animates all other human rights and that when freedom of expression and assembly are restricted, other rights become merely notional. He points, for instance, to the era of slavery in the United States, when southern states practiced the “most draconian laws against free speech in the history of America.” Through this and many other case studies Mchangama makes his point clear: free speech accompanies civil liberty and, conversely, its demise marks oppression.

The later chapters of the book focus on the often-contested contours of free speech, especially given the challenges posed by new technology. In one of many examples, Mchangama points out the absurdity of Facebook blocking a Time magazine article written by comedian Sacha Baron Cohen. Baron Cohen’s article mocked COVID-19 counter-narratives, the very messages Facebook was attempting to remove from its platform. But ironically, Facebook also removed Cohen’s piece because it was accompanied by a picture of a man wearing a facemask stating: “COVID-19 IS A HOAX.” Ultimately, though, Mchangama’s position on the complexities of social media content moderation remains equivocal. He highlights but does not answer a number of questions raised by recent trends toward stricter policing of false narratives or other dangerous speech—real or perceived.

Mchangama is unambiguous, however, in one warning that he weaves throughout his book: the rights of free expression and assembly are infinitely more vulnerable during times of emergency, such as war or a pandemic. Thanks to Mchangama’s erudite research, we are forearmed. When faced with competing claims and interests, if we know nothing else other than that freedom of expression is under assault, we can instinctively understand that evil has taken a side and align ourselves on the opposite boundary.

Excerpt from Free Speech: A History from Socrates to Social Media, by Jacob Mchangama.

The commander in chief had had it with the press. He’d spent his time in the highest office of the land trying to do the best for his people, but all the press did was undermine him and endanger the nation. There he was, making the country great again, and what did they write about? His marriages, his divorces, his children, even his weight! It was time the purveyors of fake news paid the price for their slander, sedition, and outright treason. The most powerful man in the country decided it was time to push back, launching a 136-character broadside banning writings and books, as well imprinted as other in which such writings and books many open and manifest errors and slanders are contained.1

The story of England’s mercurial Henry VIII (who else?) sounds contemporary because it is. “Free Speech” is never ultimately won or lost. Ask a college student when the fight for free expression began, and you might get any one of a number of responses. Some Americans would say it started with the ratification of the First Amendment in 1791. A European might point to the 1789 French Declaration of the Rights of Man and of the Citizen. A British person might cite John Milton’s Areopagitica, published in 1644. Whatever their differences, most would describe freedom of speech as a uniquely Western concept born somewhere around the Enlightenment. The reality is far more complex.

In truth, the roots of free speech are ancient, deep, and sprawling. The Athenian statesman Pericles extolled the democratic values of open debate and tolerance of social dissent in 431 BCE. In the ninth century CE, the irreverent freethinker Ibn al-Rāwandī used the fertile intellectual climate of the ʿAbbāsid Caliphate to question prophecy and holy books. In 1582 the Dutchman Dirck Coornhert insisted that it was “tyrannical to . . . forbid good books in order to squelch the truth.”2 The first legal protection of press freedom was instituted in Sweden in 1766 and Denmark became the first state in the world to abolish any and all censorship in 1770.

Yet, almost invariably the introduction of free speech sets in motion a process of entropy. The leaders of any political system—no matter how enlightened—inevitably convince themselves that now freedom of speech has gone too far. Autocratic oligarchs disdainful of sharing power with the masses twice overthrew the ancient Athenian democracy, purging proponents of democracy and dissent along the way. Hardening laws against apostasy and blasphemy curtailed the most daring freethinking in medieval Islam. In the Dutch Republic of the sixteenth century, Dirck Coornhert was exiled and his writings banned on several occasions. Both Sweden’s and Denmark’s experiments with press freedom were short-lived as absolutist rulers took back control of the printing presses. This phenomenon of free speech entropy is as relevant today as it was 2,500 years ago, and when looking closer, the justifications for limiting free speech in the twenty-first century have more in common with those used many centuries past than perhaps we would like to admit.

The global club of free democracies is shrinking fast. As in ancient Athens, aspirational autocrats—from Viktor Orbán in Hungary to Narendra Modi in India—view freedom of speech as the first and most important obstacle to be cleared on the path to entrenching their power. In parts of the Islamic world, blasphemy and apostasy are still punishable by death, whether enforced by the state or by jihadist vigilantes. The global free speech recession even extends to liberal democracies, who—not unlike Henry VIII—are fearful of the consequences of disinformation and hostile propaganda spreading uncontrollably among the masses through new technology.

Free speech entropy is not merely political, but deeply rooted in human psychology. The drive to please others, the fear of outgroups, the desire to avoid conflict, and everyday norms of kindness pull us in the direction of wanting to silence uncomfortable speakers, whether on digital platforms, at college campuses, or in cultural institutions. Like a massive body in outer space pulling in all the matter close to it, censorship draws us all in. It is therefore all the more vital to actively foster and maintain a culture of free speech to ensure that this freedom continues. Laws are not enough on their own.

Excerpted with permission from Free Speech: A History from Socrates to Social Media by Jacob Mchangama. Copyright © 2022. Available from Basic Books, an imprint of Hachette Book Group, Inc.

1 D.M. Loades, “The Theory and Practice of Censorship in Sixteenth Century England,” Transactions of the Royal Historical Society 24 (1974): 147.

Grace Mackintosh is General Counsel and Director of Public Affairs and Religious Liberty for the Seventh-day Adventist Church in Canada.  She is a published author, and prior to her move to Ontario in early 2009, she worked as legal counsel with Miller Thomson LLP in Calgary, Alberta representing clients with respect to constitutional, government and human rights law.  Grace also served at the New Brunswick Human Rights Commission for three years, from 2001 to 2004, where she developed human rights policy and made public presentations on behalf of the Commission.  She is currently involved in several religious freedom public awareness projects addressing national and international issues.