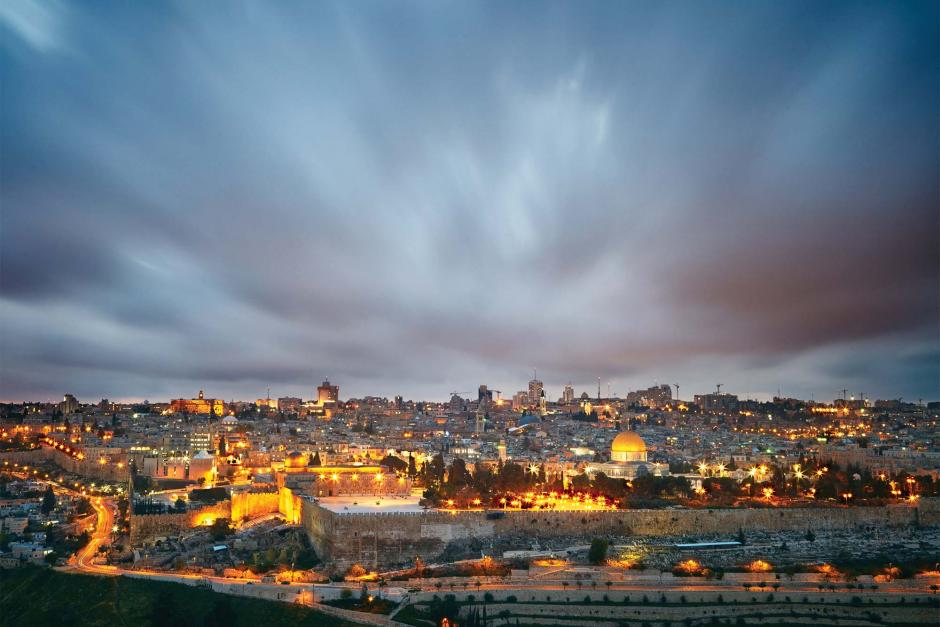 On December 6, 2017, President Donald Trump officially recognized Jerusalem as the capital of Israel. The decree fulfilled one of several campaign promises he made in an effort to woo evangelical voters. That strategy paid off, as 81 percent of White evangelicals cast their votes for Trump in the 2016 presidential election.

The president’s edict on Jerusalem was geopolitically risky, as it has been criticized by the Arab world, the European Union, and even some prominent Christian leaders like Pope Francis. However, it has received a favorable response from Evangelicals in America. According to a poll conducted by the Brookings Institute, 53 percent of evangelicals support Trump’s decision, whereas 63 percent of all Americans oppose it. The approval from evangelicals is the result of two things: the inclination to interpret Scripture in a way that bestows Israel with divine favor, and the perception that Trump’s action is a necessary step in fulfilling end- times prophecy.

The Long Journey to a Decree

Jerusalem has political and religious significance to both Jews and Arabs. Israel considers the city to be its capital, and Judaism believes it was the site on which the First and Second Temples stood. Jerusalem is likewise a sacred place for Islam, as the Al-Aqsa Mosque is located there. Moreover, the State of Palestine claims East Jerusalem as its capital. Jerusalem is also considered a holy place by many Christians, because the Bible says Jesus Christ was crucified on a hill just outside the city.

The United Nations Partition Plan for Palestine was enacted in 1947. The resolution recommended the creation of independent Arab and Jewish states. It also mandated for Jerusalem to be a special international zone, in consideration of the fact that the city is significant to Jews, Christians, and Muslims alike. However, Israel occupied the western half of Jerusalem during the Arab-Israeli War of 1948, and then proceeded to assume the eastern half of the city during the next Arab-Israeli War in 1967.

With regard to American involvement in the dispute over Jerusalem, Trump’s decision to recognize the city as Israel’s capital is the culmination of a series of executive and legislative decisions that began with the Jerusalem Embassy Act of 1995. This act of Congress acknowledged Jerusalem as the capital of the State of Israel, and it allocated funding for the relocation of the U.S. embassy from Tel Aviv to Jerusalem. However, this law also included a provision that empowered the president to invoke renewable six-month waivers that would defer its application. Citing national security interests, Presidents Clinton, Bush, and Obama repeatedly invoked these waivers to delay enforcement of this law. President Trump himself signed a waiver in June 2017. Then on December 6, 2017, Trump officially recognized Jerusalem as Israel’s capital and ordered the relocation of the American embassy to that city.

It’s All About the Bible

The strong evangelical support for Trump’s decision is a consequence of a proclivity to take a literal interpretation of Scripture; most evangelicals consider the Bible to be either the actual Word of God, or the inspired Word of God. They believe God speaks to humankind through the Bible. They also believe Scripture is adamant that God desires for Israel to have dominion over Jerusalem. Evangelicals often refer to such passages as Genesis 12:1, 2, where God says to Abram, “Go from your country and your kindred and your father’s house to the land that I will show you. I will make of you a great nation, and I will bless you, and make your name great, so that you will be a blessing” (NRSV).3

Another often-cited text is 2 Chronicles 6:5, 6. In this passage King Solomon quotes God as saying, “Since the day that I brought my people out of the land of Egypt, I have not chosen a city from any of the tribes of Israel in which to build a house, so that my name might be there, and I chose no one as ruler over my people Israel; but I have chosen Jerusalem in order that my name may be there, and I have chosen David to be over my people Israel” (NRSV).

A literal interpretation of these passages suggests that God has selected the Jews to be His chosen people, and He wishes for Jerusalem to be the capital of His chosen nation. This is the opinion espoused by Laurie Cardoza-Moore, an evangelical who hosts a television program called Focus on Israel. In an interview with Nevada Public Radio, Ms. Cardoza-Moore says God “established the boundaries of all nations, and He chose the city of Jerusalem for Himself.”4

Eschatology is a second biblically based reason for evangelicals supporting Trump’s decision on Jerusalem. Many evangelicals believe in an “end-of-times” scenario that is divulged by Hal Lindsey in his best-selling book The Late Great Planet Earth. Lindsey interprets passages from the books of Daniel, Ezekiel, and Revelation to theorize that three events need to occur before Jesus can return. First, the Jews need to retake Palestine and reestablish Israel as a sovereign nation. Second, Israel needs to take full possession of Jerusalem. Last, the Third Temple needs to be built on the site where the first two temples stood. The first of these three steps happened in 1948, with the birth of the State of Israel. The second was accomplished in 1967 after Israel assumed full control over Jerusalem during the Six-Day War. So the only thing left now is the construction of the Third Temple. Evangelicals like Pastor Paul Begley believe Trump’s decision will make it easier for Israel to build the temple, and thus hasten the return of Jesus Christ.5

A Recognition of Reality

Ken Harper is a retired pastor who served for 41 years in congregations affiliated with The Presbyterian Church (USA). His final pastorate was an eight-year tenure at Green Valley Presbyterian Church in Henderson, Nevada. Harper identifies himself as an Evangelical from a theological, but not political, perspective. He believes the Bible is the inspired and infallible Word of God, and that it unequivocally validates Israel’s claim to Jerusalem. However, Harper’s support for Israel goes beyond Scripture. Harper says Trump’s actions show that the president recognizes the reality of the situation in the Middle East, and the reality is that Israel is a sovereign nation, and as such, they have the right to choose where their own capital will be located. Moreover, Harper doesn’t see how the Palestinians, or anyone else, can argue that the Jews have no historical claim to Jerusalem. Harper also believes Israel has been a much better steward of Jerusalem. He notes that when the Palestinians had full control of Jerusalem, there were all sorts of atrocities committed there, such as the destruction of synagogues and the deposing of Jews from their homes. Moreover, in Harper’s view, Jerusalem was a desolate place prior to 1947, but the city is now adorned with trees planted by the Israelis, including some that were donated by Harper himself.

Fulfilment of a Promise

There are two aspects to the evangelical support for Trump’s decision to recognize Jerusalem as Israel’s capital. One aspect is a look back on the past, where God established a covenant with Israel and gave them the land upon which Jerusalem sits. The other aspect is a glance at the future, where Jesus Christ will return to cast judgment on all of humanity and establish His eternal kingdom. This final scenario, as it is described in the book of Revelation, is something that Christ’s followers have yearned for since the Pentecost, when their Lord ascended to heaven with the assurance that He would return. In the eyes of evangelicals, Trump’s recent actions on Jerusalem will hasten the realization of this final promise that Jesus Christ made to them.

It is worth noting that not all Christians see the same literal need to identify with the political fortunes of modern Israel. Most Christians agree with the apostle Paul that in Christ we are all children of the promise. And not all see end-times prophecies as Israel-centric. Editor.