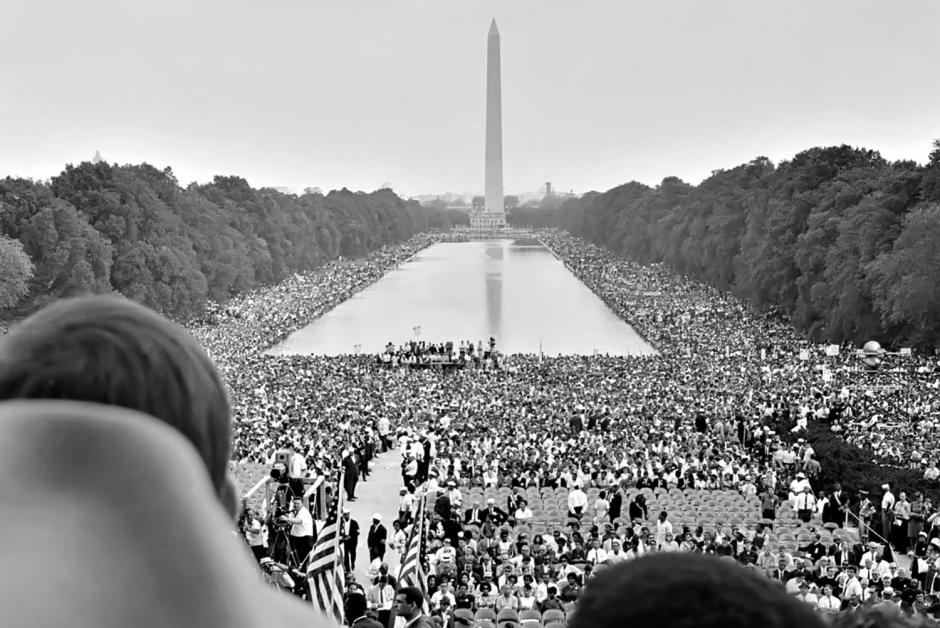 A Civil Right Tested - Part 1: Title Vll and Beyond

One of the greatest legislative achievements of the twentieth century was the Civil Rights Act of 1964. Title VII of the bill was enacted in an attempt to eradicate discrimination in the workplace. The main focus of the bill was racial discrimination, but protections were included for color, sex, and national origin. Subsequent to the act’s passage, religion was added as a protected category under Title VII.

Employees who seek redress for discrimination based on their religion do not want to be treated the same. Instead, they wish not to work a particular day or shift; or they wish to wear a particular piece of religious clothing that does not conform to company policy; or they wish to groom themselves in ways that meet a religious obligation but that conflict with a workplace rule. Employees who complain of religious discrimination want to be treated differently—or “accommodated”—so that they can meet both their religious and work obligations.

Employment discrimination claims that arise on account of religion can generally be classified into three primary areas. The first area of such claims concerns conflicts between work requirements and holy day or Sabbath observances. Employees in these cases wish to have time off in order to observe a day of worship. Next are the dress claims, which involve religious-clothing requirements. Employees in these cases generally seek to wear an article of clothing that does not conform to an employer’s uniform or dress policy. Finally, there are the grooming claims, in which an employee needs to be groomed in a particular manner to meet a religious obligation, but in which the grooming conflicts with an employer’s policy. These cases arise frequently and are sometimes difficult to resolve.

Despite the perceived challenges that accommodating the needs of religious employees poses, there are benefits to meeting those challenges. The United States is an extremely diverse country. We celebrate the fact that our society is a melting pot. We value the wide variety of thought that our diverse society brings. The conversation in the public square is richer because we include multiple races, colors, gender, and nationalities in the public conversation on the issues of the day. Similarly, the inclusion of the multitude of religions in our society at large enriches society. Inclusion of the views of people of faith adds another bit of diversity to the melting pot.

The United States Supreme Court has examined workplace religious discrimination in two cases, Trans World Airlines, Inc. v. Hardison4 and Ansonia Board of Education v. Philbrook.5 Those two cases have shaped the law of religious discrimination in employment. Because of those cases, courts view what must be done to accommodate the needs of religious employees through the lens of the employer, not the employee. No employee is entitled to claim an accommodation that would pose a burden on the employer’s ability to run his or her business.6

The History of Title VII and Its Amendments

Congress enacted the Civil Rights Act of 1964 to combat racial discrimination in the United States.11 The act contained numerous titles that addressed distinct forms of discrimination.12 Title VII of the Civil Rights Act of 1964 was enacted to give workers broad protection from discrimination in employment.13 Title VII provides, in relevant part, that it is unlawful for an employer “to fail or refuse to hire or to discharge any individual, or otherwise to discriminate against any individual with respect to his compensation, terms, conditions, or privileges of employment, because of such individual’s race, color, religion, sex, or national origin.”14

The Civil Rights Act of 1964 was passed because of the vision of President John F. Kennedy, who pledged to protect workers from discrimination based on race, creed, or ancestry.15 The resulting legislation, passed after President Kennedy’s assassination, provided protection not only for race, creed, or ancestry but for color, religion, or sex.16 Although the final version of Title VII included protection from a broad range of discrimination, Title VII was envisioned as a way to combat discrimination based on race.17 There is little legislative history explaining why religious discrimination was added to Title VII.18

The Early History of Religious Accommodation

An example of the treatment that religious discrimination claims received in the courts can be found in Dewey v. Reynolds Metals.21 Dewey was employed by the Reynolds Metals Company as a dye repairman.22 He started his employment with Reynolds in 1951 and became a member of the Faith Reformed Church in 1961.23 Reynolds had collectively bargained an overtime agreement with the labor union representing its employees.24 That agreement required that “all employees shall be obligated to perform all straight time and overtime work required of them by the Company except when an employee has a substantial and justifiable reason for not working.”25

Dewey never volunteered for overtime work on Sundays, his Sabbath.26 Nevertheless, he was scheduled for work on Sunday, November 21, 1965.27 He refused the work assignment because of his religious beliefs, was given a warning, and was told that it was necessary for the company to maintain a seven-day work-week.28 Dewey was subsequently scheduled to work five Sundays between January and August 1966.29 He did not report to work but obtained replacements for those days.30 However, because of his beliefs he declined on August 28, 1966, to obtain a work replacement.31 This continued for the next two Sundays.32 Dewey was subsequently fired for violation of plant rules.33

Dewey sued Reynolds for employment discrimination because of his religious beliefs.34 The district court found that the collective-bargaining decision that mandated the overtime was discriminatory in its impact, and found for Dewey.35 The Sixth Circuit reversed the district court, finding that Reynolds had provided a reasonable accommodation to Dewey by providing a replacement system.36

As a result of the decision in Dewey, Senator Jennings Randolph introduced legislation to amend Title VII.37 Randolph was a Seventh Day Baptist and was alarmed at the inconsistent Title VII decisions with respect to religious discrimination.38 Senator Randolph believed that the courts were not adhering to the original intent of the Civil Rights Act of 1964, and his amendment meant to codify what he believed was the original intent.39 Specifically, Senator Randolph wanted to protect Sabbatarians from religious discrimination in the workplace.40 Congress subsequently passed the amendment.41

The amendment also modified the definition of religion in the statute. The statute now defined the elements of religion that must be accommodated to include “all aspects of religious observance and practice, as well as belief, unless an employer demonstrates that he is unable to reasonably accommodate an employee’s or prospective employee’s religious observance or practice without undue hardship on the conduct of the employer’s business.”42

The Supreme Court was finally able to take up the issue of religious discrimination and Title VII in 1977 in Trans World Airlines, Inc., v. Hardison.43 Larry Hardison was hired as a clerk by Trans World Airlines (TWA).44 Hardison was a clerk in a department that operated 24 hours a day, 365 days a year.45 Subsequent to his hiring, Hardison became a member of the Worldwide Church of God.46 One of the basic tenets of the Worldwide Church of God is the observance of a Sabbath from sundown Friday until sundown Saturday.47 Because of this belief, Hardison informed TWA that he would not be able to work during those times.48 Hardison was initially able to avoid working on his Sabbath.49 However, because of seniority rules that were present in contracts that TWA had collectively bargained with its unions, Hardison was ultimately required to work on Saturdays.50

Hardison was fired on the grounds of insubordination because he would not work on Saturday.51 He sought relief under Title VII, asserting that his discharge constituted religious discrimination, that his union had not adequately represented him in the matter with TWA, and that he had been deprived of his right to exercise his religion.52 The United States District Court ruled in favor of TWA and the union, finding: (1) the union’s seniority rules could not be trumped by the duty to accommodate Hardison; and (2) TWA had reasonably accommodated Hardison and further accommodation would have been an undue hardship.53 The Court of Appeals for the Eighth Circuit reversed the judgment of the district court, finding that TWA had not met its burden to accommodate Hardison.54

The Supreme Court reversed the Eighth Circuit Court of Appeals, finding instead for TWA.55 The Court attempted to analyze the legislative history of Title VII and the EEOC guidelines.56 The Court determined that “the employer’s statutory obligation to make reasonable accommodation for the religious observances of its employees, short of incurring an undue hardship, is clear, but the reach of that obligation has never been spelled out by Congress or by EEOC guidelines.”57

The Court found that the collectively bargained seniority agreement was not unlawful under Title VII and could not be ignored to accommodate an employee’s religious needs.58 The Court further held that requiring TWA to incur more than a de minimis cost in accommodating Hardison would be an undue hardship under Title VII.59

The Hardison decision was not well received by some members of Congress.60 Attempts were made to amend Title VII to change “undue hardship” to “severe material hardship.”61 Ultimately, the EEOC held hearings that resulted in new guidelines for religious discrimination, which went into effect in 1980.62 The new guidelines stated that an employer could not claim an undue hardship simply based on a “mere assumption” that additional employees would request and require accommodations if the employer were to accommodate one employee for religious reasons.63 The new guidelines also stated that there was not a set definition of “undue hardship” or “reasonable accommodation,” but that the definition depended on various factors including the size of the employer, the number of employees who needed accommodation, and the employer’s operating costs.64

The broad definition of religion in the guidelines meant that employers no longer were able to question whether a belief or practice was religious or a necessary part of a particular religion. Employers were, however, now allowed to question the sincerity of the employee’s religious belief.69 Courts, however, have not embraced the broad reading of religion contemplated by the EEOC and have not been receptive to offering protection for ethical beliefs that are not associated with a religious tenet.70