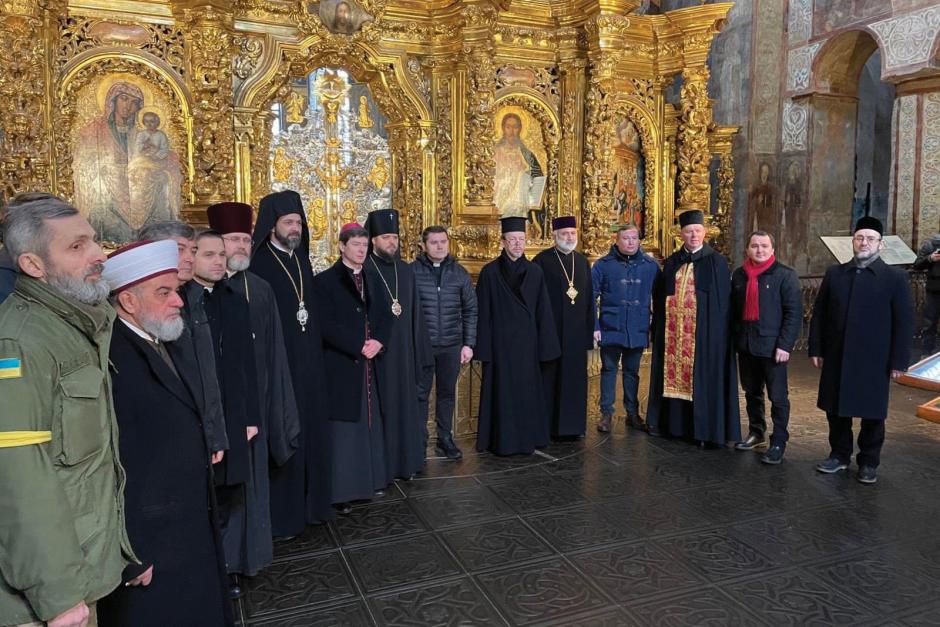 A Costly Quest for Freedom

In the sweep of history, Russia’s aggressions in Ukraine form the latest chapter in a tale marked by blood and turmoil. In the weeks leading up to February’s invasion, a Ukrainian religious freedom advocate spoke about his country’s never-ending pursuit of liberty.

A desire for freedom and a resolute determination to maintain independence have marked centuries of Ukrainian existence. It is a resolve that has endured through many challenges, according to Maksym Krupskyi, director of public affairs and religious liberty of the Ukrainian Union Conference of Seventh-day Adventists.

“Ukraine has experienced different periods, such as when it lost its independence under the yoke of large empires, as well as when it experienced internal conflicts and contradictions,” Krupskyi said in a recent interview. “At the same time, many crises and problems have allowed Ukrainians to develop internal resilience, love of freedom, and tolerance for people of other races, nationalities, and cultural characteristics.”

Historically, the Ukrainian Cossacks have fulfilled a crucial role in Ukrainian battles for independence and in the formation of national identity. The word “Cossack” derives from the Turkic kazak, or free man, and it originally referred to individuals who left behind the authority of society and went out to live in the vast open plains, or steppes, of southern Ukraine. Eventually the word came to mean all Ukrainians who engaged in various activities on the steppes, such as hunting, fishing, beekeeping, or the collection of salt and saltpeter. Over time the Cossacks developed a distinct military and social culture.1

Ukrainian Cossacks first gained fame throughout Europe as a fighting force in the mid-fifteenth century after their successful decades-long battle against the Tatars and the Turks. Their second period of prominence came between 1648 and 1775, when they resisted Russian centralization and the development of socioeconomic differentiation among the Cossacks. From 1775 to 1917 the Cossack system was temporarily abolished, although partially revived during various uprisings and wars. Eventually it was largely terminated by the 1917 Communist revolution.2

What followed was of particular importance to the development of democracy and liberal values in Ukraine, according to Krupskyi. He cites the short period of the Ukrainian People’s Republic, 1918 to 1920, which was an attempt to establish a place for an independent Ukraine amid surrounding powers. This was followed by the loss of independence and long years under Soviet rule, before finally regaining independence in 1991.

“The events of recent years are further evidence that the declaration of independence and the establishment of democracy is not a one-time event, but a constant, laborious process,” Krupskyi said.

In surveying these different historical eras, Krupskyi suggested that religious freedom can be seen as a barometer of society’s health. “Religious freedom is not just an essential part but a fundamental part of any democracy,” he said. “Religious freedom is a kind of indicator for many other freedoms, and without it, no other freedoms will be complete. I think that this can also be traced in historical terms, where freedoms go in a certain bundle, and the loss of one of them inevitably leads to the curtailment of other fundamental freedoms.”

From the Bolshevik Revolution in 1917 until the fall of the Iron Curtain in 1991, Ukraine remained bound under the Soviet Union. “Theoretically, the Soviet legislation on freedom of conscience declared the rights of people in this area,” Krupskyi said. “But, in fact, thousands of priests and pastors ended up in prisons because of their beliefs, and some believers had to sacrifice their lives for their beliefs.”

The Soviet method of disinformation (Russian дезинформация, transliterated as dezinformatsiya) proved highly successful against various religious groups. “The authorities in those years used a variety of methods, including provoking schisms within confessions, ‘sharing’ information about agents within the church organization, causing suspicion, mutual accusations, and divisions,” Krupskyi said.

Krupskyi points to events of recent years, however, that show the high value Ukrainians place on religious freedom. Soon after gaining independence in 1991, Ukraine adopted a law defending freedom of conscience and the activities of religious organizations, a law that is still in force today. “It is one of the most liberal even in comparison with the religious legislation of some European countries,” Krupskyi said. “Thus, the fighters for Ukrainian independence and the first deputies understood the importance of religious freedom along with other inalienable human rights.” Five years later, the Constitution of Ukraine secured this important right in Article 35, guaranteeing the “right to freedom of belief and religion.”

Back From the Brink

The so-called Orange Revolution of 2004 marked the distinct turning point away from a lingering post-Soviet thralldom that had persisted in Ukrainian society. As the November presidential election neared, political events seemed to favor an opposition candidate, Viktor Yanukovych. National sentiment mobilized vast numbers of Ukrainians on election day. The mass turnout of voters transformed into the Orange Revolution when the post-election results clearly demonstrated an error in the vote count. In the 2004 rerun election, Viktor Yushchenko won the election. The Orange Revolution cemented Ukraine within European society as among those nations who hold free and fair elections. Additionally, the Orange Revolution marked the establishment of a free press, as one television station after another covered the revolution without facing censorship.3

By 2010 Yushchenko’s unsuccessful efforts to move Ukraine forward resulted in the opposition candidate, Viktor Yanukovych, winning the election. In the fall of 2013 Yanukovych opted to back away from an earlier commitment to sign the Association Agreement with the European Union, which sparked another wave of protests in Maidan Square, Kyiv, which became known as the Euromaidan revolution. These massive protests turned violent, and by January 16, 2014, the Verkhovna Rada (legislative assembly) attempted to implement the “16 of January Laws,” which prohibited freedom to peacefully assemble. Defiance of this law would attract a fine of 340 euros per person and 10 to 15 years in jail for participation in mass protests. Press freedom was also restricted; journalists found guilty of “slander” and spreading “false information” faced two years of jail time. Other restrictions included denial of habeas corpus rights during judicial proceedings and decisions that could not be appealed. Access to the Internet was also limited; only government-approved sites could be accessed and those using social media to “stir social tensions” faced up to three years in jail. Twelve days later, on January 28, 2014, the “16 of January Laws” were repealed, but Yanukovych’s dictatorial aspirations had received a death blow, and he fled from Ukraine.4

Despite this recent history of protests and the sometimes-troubled state of civil liberties, religious freedom remained. Speaking about the price of freedom, Krupskyi said, “We have begun to value religious freedom more, seeing how quickly it can be curtailed in some regions.”

As events continue to play out in Ukraine, the fate of this country and its civil freedoms remains unknown. Yet as history has revealed, the tremendous resilience of Ukrainians and the inestimable value they place on liberty will not easily be subdued.

Maksym Krupskyi is director of public affairs and religious liberty of the Ukrainian Union Conference of Seventh-day Adventists. He facilitates interfaith relations and assists in church-state issues in Ukraine, and also helps to resolve conflicts in the sphere of religious freedom.