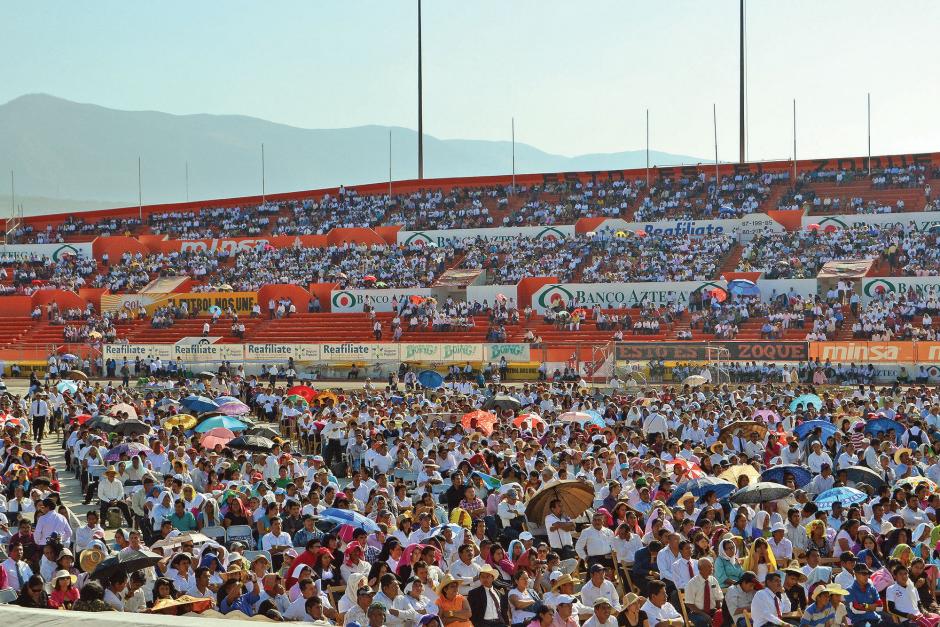 A Festival in Chiapas

The Chiapas region of south Mexico has been in turmoil for decades. It would not be outrageous to describe the situation there as civil war. The resulting human tragedy has gained the attention of all defenders of civil rights; even though the world media have not dwelled much on the area.

In the eyes of the Maya Indians of Chiapas, they were defending their culture and asking for justice from the central government. Much progress has been made in restoring civil peace and addressing their grievances. But not many people are aware of the religious dimension of the tragedy in Chiapas.

Traditionally Catholic, the region of Chiapas, Mexico, saw a strong growth of Evangelicals and Pentecostals at the end of the twentieth century. These groups were often the target of discrimination and violence from the leaders of their communities, who equated the majority religion with their village identity. Some of the religious minorities lost everything they had—farms, land, and houses were taken from them.

A few years ago I met the representatives of 26 Seventh-day Adventist families who were expelled from their village in 2003. According to tradition, individuals don’t own any property. They can use it, but it belongs to the community. When an individual or a family is expelled, they lose everything. According to the testimony of these families, there was only one way for them to return home and get back their houses and farms. It was demanded that they give up their new faith and return to the majority religion of the community. This was something they were not willing to do.

One of the problems was cultural as well as religious. When native Indians became Evangelicals, they didn’t only change their religious affiliation. Their conversion also affected many other aspects of their community lives. They were no longer willing to be part of the traditional festivals that last several days and at which alcohol is abundantly consumed. They no longer wanted to pay local taxes to finance such events. But in other ways they continued to keep their culture and their identity. They are proud of their origin as native Indians and citizens of Mexico. Obviously, becoming Evangelical did not make them American or European. They remained indigenous citizens of a very distinct cultural region of Mexico.

I had long wanted to visit Chiapas, but for some time it was too dangerous. It is sometimes hard for the majority religion in an area to fully empathize with minority challenges.

Then in 2011 I was able to visit the old and beautiful city of San Cristóbal de las Casas to attend the first symposium on religious freedom there. Organized by the religious leaders of Chiapas, it was attended by 600 people, including government officials from the state of Chiapas and from Mexico City.

This meeting led to plans for a 2013 Festival of Religious Freedom in Tuxtla Gutiérrez. The festival took place, and was held on March 30 of this year at the Victor Manuel Rayna Stadium. It was a great event—a great success—which in itself indicated that major improvements have come about in Chiapas during the past 10 years.

The event was called “The Day of Friendship and Religious Liberty.” Ted Wilson, world president of the Seventh-day Adventist Church, was there, and he thanked the governor and the mayor—who were not able to attend—for the great improvements so obvious and for their commitment to the protection of freedom. I had the privilege of leading the 25,000 participants in saying: “Thank You, God, and thank you, Chiapas and Mexico, for religious freedom!” This was followed by: “We love religious freedom, and we want to keep it.” The program began at 7:00 a.m. and ended at 2:30 p.m. It was a religious meeting with choirs, singers, musicians, and public baptisms.