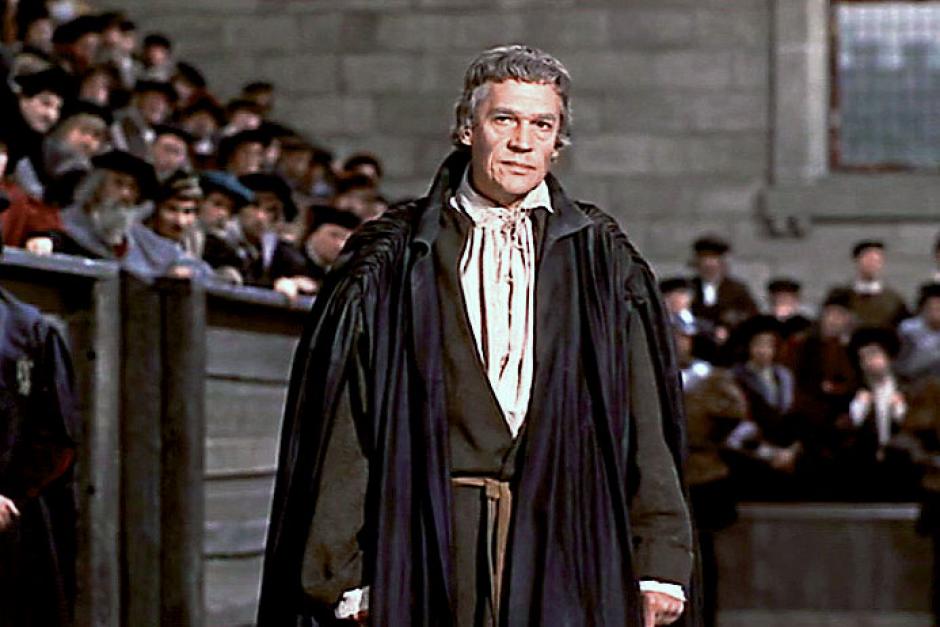 A Man for All Seasons: Remembering Attorney Lee Boothby

I first met Lee as a young lawyer in Washington, D.C. I was the director of the Council on Religious Freedom, which he had helped found and was a board member of. He provided much encouragement and support for a younger lawyer. He was unselfish with his time, and gave me opportunity to assist in litigation, including writing briefs. It was Lee who gave me the opportunity to write my first Supreme Court briefs. He was always gentlemanly and kind in his critiques and comments.

This refined quality was noticed and commented on by the women plaintiffs in the Mitchell v. Helms case, his second Supreme Court case, and the one that I had the privilege to work with him on. They said he reminded them of a classic, courtly, Southern gentleman. Thinking of this case and Lee always reminds me of the movie A Man for All Seasons, about the famous Catholic lawyer and martyr Sir Thomas More.

The Helms case was about state aid to some Catholic schools, but it was not an anti-Catholic case, as the plaintiffs themselves were Catholic. They were unhappy that the Catholic schools were taking down crucifixes and modifying their religious approach to get the government funding.

These feisty women were fans of the movie A Man for all Seasons, in which St. Thomas More stands up against the divorce and remarriage of Henry VIII. We would often quote lines from that movie to each other as we worked on the case. Two or three have especially stuck with me in relation to Lee. He would defend anyone whose religious freedom was being challenged, whether it be an Adventist, a Catholic, a Baptist, or a Scientologist.

This commitment to principle of the law being applied to all was captured by the famous lines in the movie that we would quote to each other as we worked on the Mitchell case. It is More in dialogue with his son William Roper, who wants to make a legal shortcut to catch bad men. More says even the devil is protected by law. Roper responds:

William Roper : So, now you give the devil the benefit of law!

Sir Thomas More: Yes! What would you do? Cut a great road through the law to get after the devil?

William Roper: Yes, I’d cut down every law in England to do that!

Sir Thomas More: Oh? And when the last law was down, and the devil turned ’round on you, where would you hide, Roper, the laws all being flat? This country is planted thick with laws, from coast to coast, Man’s laws, not God’s! And if you cut them down, and you’re just the man to do it, do you really think you could stand upright in the winds that would blow then? Yes, I’d give the devil benefit of law, for my own safety’s sake!

Religious liberty for Lee was not a selfish principle, just about self-preservation and the seventh-day Sabbath, but a principle to be shared and protected for all, and his life was a full testimony to that in the wide variety of faith groups he protected and defended.

Lee was also unafraid to go up against the majority. He made a career of representing the little guy, whether a firefighter, police officer, store clerk, or truck driver, against the bigs, whether it be corporations or major government agencies, state or federal, it didn’t matter. He did not fear, facing the giants, as it were.

Another line we liked to quote, about standing for conscience and the individual, not just going along to get along, was this one, when Thomas More’s friend asks him just to go along with the majority, and support the marriage, for fellowship’s sake:

Duke of Norfolk: Oh, confound all this. I’m not a scholar, I don’t know whether the marriage was lawful or not, but, . . .Thomas, look at these names! Why can’t you do as I did and come with us, for fellowship!

Sir Thomas More: And when we die, and you are sent to heaven for doing your conscience, and I am sent to hell for not doing mine, will you come with me, for fellowship?

Lee was faithful to his clients and their causes, because he was in it to vindicate higher principles, not just, or even primarily, to make money. It was not always easy making a living taking almost only religious liberty cases, but Lee did it, one of the only lawyers I know to do so.

He was faithful not just to his legal calling, but to a higher calling that he had obviously been given from above. It is this that makes me feel appropriate these lines from Thomas More’s final words.

Sir Thomas More [talking to the witnesses for his execution]: I am commanded by the king to be brief, and since I am the king’s obedient subject, brief I will be. I die His Majesty’s good servant but God’s first.

We might paraphrase this for Lee: I die the law’s good servant, but God’s first.

Good night, Lee. It was a blessing and pleasure to know you and work with you. One day the Senior Partner will awake you, and then we can compare case notes in the great law library upstairs. Until then, rest in peace, my friend, rest in peace.