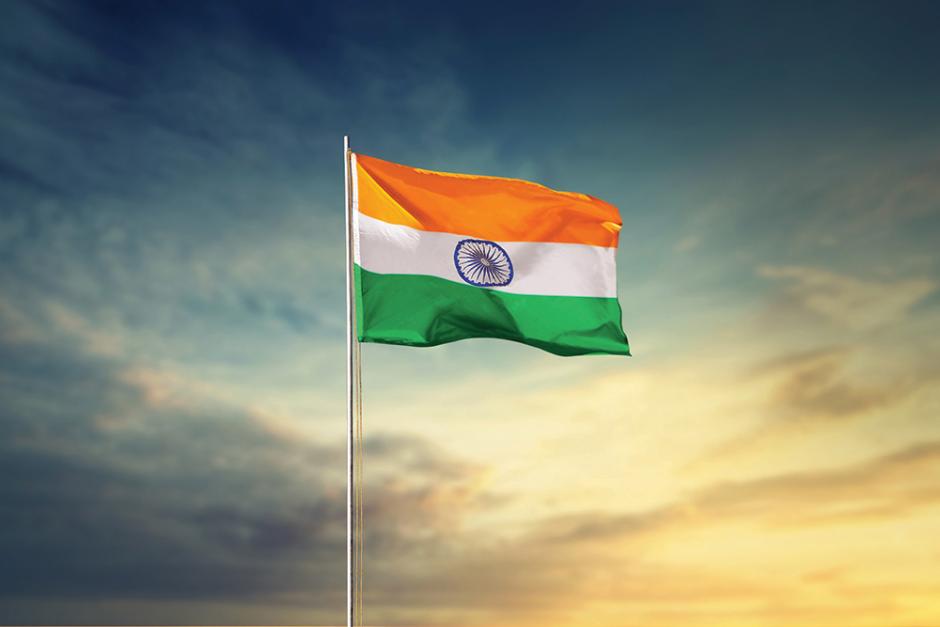 The world’s largest democracy struggles under a toxic load of religious nationalism.

The world has witnessed a turbulent wave of violent religious riots in India over recent months. In late May, a spokesperson for the ruling Hindu nationalist party made derogatory remarks about the Muslim prophet Muhammad during a televised debate. Her comments triggered fervent, nationwide protests and plunged India into serious diplomatic rows with many Muslim-majority nations. The ensuing domestic riots also prompted some Indian state-level governments to implement internet curbs and declare curfews.

The rioting has occurred across what South Asian scholars refer to as “communal lines.” These communal lines define various tight-knit social, ethnic, or political groups in India that find their identity in shared caste, tribe, or religion. In many instances these groups also define themselves in terms of hostility toward other social groups.

Toward the end of June the unrest took a decidedly gruesome turn when two Muslim men beheaded a Hindu tailor in the Udaipur district of Rajasthan state following his social media posts about the conflict.

On the international stage, what happens in India matters. Not only is India the world’s largest democracy, but it will soon overtake China as the world’s most populous nation. Its rich history and civilization span more than five thousand years.

But for a country that has painstakingly built an international reputation based on its political stability and burgeoning economic power, these recent events are unnerving. How could mere religious rhetoric provoke such civil upheaval? And, more important, is there a path toward a shared understanding across communal lines?

In India, as in other countries, many see religion as a matter of who one is rather than what one believes. This distinction is vital for understanding the global rise of religiously driven populism that has spread to many of the world’s powerful nations, including the United States.

For a majority of India’s Hindus, national identity and religious identity are one and the same. In New Delhi, the 2014 election of Prime Minister Narendra Modi of the Bharatiya Janata Party (BJP) and his subsequent reelection in 2019 is reflective of this social and political reality. The BJP has, in essence, mainstreamed Hindu nationalism.

Since the mid-twentieth century, India has maintained two dominant traditions within mainstream politics. The first is aligned with Modi’s nationalist agenda. Known as Hindutva, this trendy brand of Hindu nationalism has been transformed from a theological concept into an identity. It was invented in 1923 by writer and political activist Vinayak Savarkar. His treatise, Hindutva: Who Is a Hindu? called for a united Hindu nation without interference from minority religions—specifically from the “foreign religions” of Islam and Christianity. At the time, Savarkar’s work received a muted response, in large part because an individual’s identity remained dependent on his or her village or caste. But as the national sentiment matured, Hindutva has morphed into a leading civic ideology in India.

The second dominant political tradition is associated with Mahatma Gandhi, who is revered as the “Father of the Nation.” Gandhi conceived a diverse India, one in which national identity was political rather than cultural. The founding fathers consecrated secularism as a defining principle of the 1950 constitution, which recognized every religion as equal under the law.

Both political streams have ebbed and flowed ever since. For Mahatma Gandhi’s party, political elitism and white-collar corruption have tarnished the plausibility of its claims to inclusivity.

For its part, the BJP has historically advocated both for free market reforms and an assertive foreign policy rhetoric to counter terrorism and Chinese encroachment in the Indo-Pacific—issues that align closely with Washington. However, it has also worked to mobilize mainstream Hindus around the ideology of Hindutva.

A string of surveys between 2016 and 2018 by two universities in India revealed that most Hindus now resonate with the basic tenets of the BJP’s political platform. The most recent poll, with a sample size of more than 24,000 Hindus from various caste and villages, revealed that a majority favored disciplining Muslims who consume beef (a practice deemed irreverent by Hindus, who regard cows as sacred). Similarly, another study suggested Hindus from various castes believe that those who do not utter the words Bharat mata ki jai (“Victory for Mother India”) at public events should be punished.

As India continues to position itself as a rising regional power, many Indians yearn for cultural legitimacy. They seek to enhance India’s image on the world stage as a rising power on par with the great power competitors of Washington and Beijing, and Modi’s rhetoric plays into these desires. Yet, ironically, Modi’s populist language and agenda ultimately undercut this goal. His institutionalization of Hindutva through the appointment of radical ministers, the rewriting of Indian history under previous Mughal Muslim rulers, and inflammatory speech have contributed to a climate of social unrest across the nation.

The ongoing national quarrel has thus intensified between whether the Indian nation should take up diversity, as Mahatma Gandhi once envisioned, or mold the country as a Hindu-first community. To a large degree, this new Hindutva trend has already attained the long-established objectives of Hindu nationalist revivalists. It has leveraged an extraordinary level of popular Hindu support and further entrenched divisive communal lines in India.

Hindus and Muslims have coexisted peacefully in India for more than a millennium. Through the centuries Indian natives largely perceived external Muslim rulers as part of a subcaste that assimilated new merchants and settlers.

While some communal tensions did exist, these were considerably increased from the mid-nineteenth century on by the “divide-and-rule” strategy of the colonial British. This divide-and-rule policy included the deliberate division of different caste and religious groups. For the British, lacking widespread grassroots support, this socially destructive strategy proved successful in consolidating their power over Indian natives.

Today, 200 million Muslims reside in a nation of 1.4 billion people, making India home to the third-largest Muslim group in the umma, or global Muslim community. The third-largest religious group in India—Christians of various denominations—number just 28 million, or less than 2.5 percent of the population.

Can the historic balance between the different religious communities in India be reinvigorated? Or will the recent tide of religious riots—fueled by passions from all sides—become the norm?

The choice ahead for India is between building on secular political values or pursuing a narrative of identity driven by Hindu nationalism. This means also engaging with the lingering debate between freedom of expression and respect for religious beliefs. Although freedom of expression, including religious speech, is protected constitutionally and in other legislative forms, the grassroots reality often tells a different story. The power of religious rhetoric—especially perceived disrespect for religion—is illustrated, like the Charlie Hebdo killings in France, by the recent beheading of the Hindu tailor in Rajasthan state.

The leaders of the BJP must work to shape the national discourse in ways that promote a sustainable future where pluralistic democracy can thrive. They can do more to ensure that civil liberties are guaranteed and enforced under due process of law. If they choose, they can help check the current trend, driven by Hindu nationalism, toward persecution of Muslims and other religious minorities.

India’s secular foundation may be under temporary assault, but there is hope. Through its five-thousand-year-old existence, India has demonstrated time and again its resilience in enduring hyper-political drifts.

Saba Sattar is an Asia-Pacific analyst for an integrated risk management wing of the world’s largest private security company. She holds a doctorate in statecraft and national security from the Institute of World Politics in Washington, DC She previously provided extensive research support as a postgraduate intern for the US Department of Defense’s Near East South Asia Center for Strategic Studies.