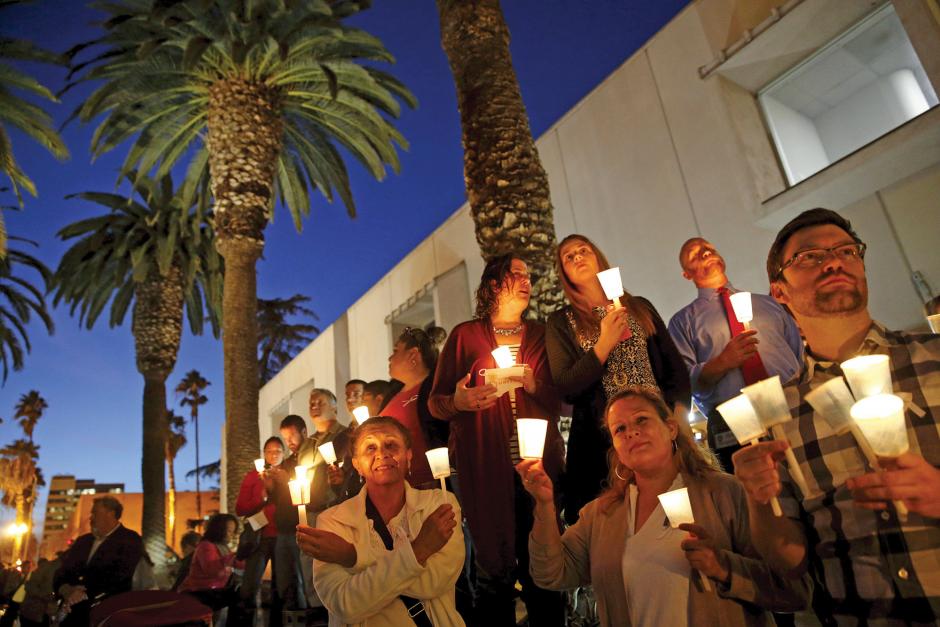 In the aftermath of violence and the flood of anti-Muslim rhetoric that has followed, there have been many wonderful statements of solidarity with religious freedom. Liberals and conservatives, religious and secular—there is an amazing consensus rejecting religious bigotry and hatred. It is not only the atrocity in San Bernardino that is beyond words. It is time to go beyond statements. Talk is cheap.

If we want to deal with intolerance, bigotry, and hatred in a constructive manner, we each have to learn to work to build bridges of friendship and understanding. It’s not a sure bet even then, but it is the least we can do. But it must be a friendship beyond superficial social tolerance. After all, before World War II Germans were very friendly with their Jewish neighbors, shopkeepers, business partners, lawyers, teachers, etc. But we are even more vulnerable: too many Americans have no friendships or regular association with Muslims. We fear whatever—or whoever—we don’t know or understand.

So here’s my challenge: churches should seek to build a partnership, a friendship, with a mosque in their community. Hold joint programs. Get to know one another. Plan some community service programs together. Plan some social activities together. Learn about their beliefs and culture, and let them learn about ours. Let’s stop talking about people we don’t know, and get to know each other.

Pastors should be sure to join, or initiate, interfaith clergy associations in which the Muslim imams are included. This is not to water down what we each believe. It is to emphasize our common humanity, and work to break down fear and prejudice.

The city of San Bernardino has come together in unity following the attack. We can all take a page from their gracious response, and show grace to one another instead of demagoguery. Stop paying attention to the loud mouth, and don’t let this moment become our 1938.

A close friend and colleague, Fabian Carballo, president of the North American Religious Liberty Association—West, which I serve as executive director, penned the following suggestions:

Ask your pastor to call clerics from a local mosque and invite them to a Christmas program and recognize them with a small gift.

Involve the children at your church in a letter writing campaign showing support for our Muslim neighbors.

Share a meal with a Muslim acquaintance or friend and talk about what we have in common.

Send a message from the church that affirms the Muslim community’s presence in your neighborhood.

Host a health fair and invite your Muslim neighbors and talk about diet and what we have in common (this is especially relevant for my Seventh-day Adventist community, which has a number of dietary standards that will be familiar to our Muslim friends).

Invite a cleric to speak to the congregation in the afternoon after worship services and teach the main tenets of their religion, allowing for questions to be asked.

Carballo continues: Surely, many Americans may oppose this strategy. But what is the alternative? More distrust, more marginalization, an escalation of violence and discrimination? Our ministry is about freedom of conscience, the very heart of the gospel. Isn’t it time we become radically engaged in the battle for freedom and use grace and kindness as our biggest weapons? Please respond with your plan of action, and with any additional ideas you may have or any suggestions as to how our ministry may be enlarged. To do nothing is to let the enemy win.

My heart has been warmed by stories emerging of kindness and compassion. My friends at Loma Linda University Medical Center highlighted the amazing triage operation mounted there to care for victims of the shooting in San Bernardino; and such acts of kindness as the nurse in Texas donating pizza for the emergency room staff. The media tell us about the dark side; but in every tragedy there are untold acts of kindness and compassion we never hear about. Humanity rises to the occasion, and God is present in the love and care of those around us. Yes, even when the darkness of the human soul becomes evident, as it did in San Bernardino, God is still good, and His love is still manifest through His children.