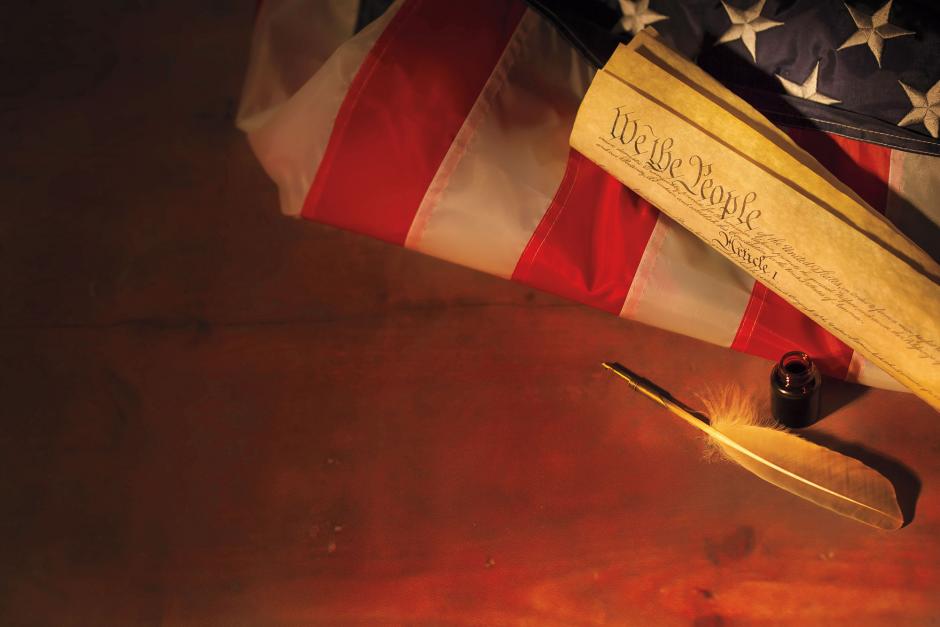 Religion is a complicated and controversial part of American society.1 A majority of Americans state that religion is very important to them.2 At the same time, a majority of Americans believe that religion should have less of a role in the public square.3 The public square consists of people with varying religions and religious beliefs. If an individual’s belief does not infringe upon others’ beliefs, there is no problem. But when the beliefs affect others, like in the workplace, controversy is likely to occur.

This paradox underscores the importance of the Constitution’s religion clauses to society: the establishment clause protects those who do not want to have religion dictated to them by the government, and the free exercise clause protects the right of individuals to practice their religions without interference from government.4 While an exhaustive examination of the religion clauses is beyond the scope of this paper, they still must be examined in order to gain a fuller understanding of the issues involved with Title VII religious-discrimination cases.

Constitutional considerations must be evaluated if the ADA (Americans With Disabilities Act) regime is to be adopted in Title VII religious-discrimination cases. Religion is protected by the Constitution through the First Amendment, while disability is not.5 While the establishment clause does at first blush appear to pose a constitutional barrier, in actuality it does not. Indeed, it can be argued that the establishment clause actually favors more accommodation.6 Similarly, employees might argue that the free exercise clause is necessary to allow them to practice their religion while still keeping their workplace obligations.

Pursuant to Lemon, a law must: (1) have a secular purpose; (2) not have the principal effect of advancing or restricting religion; and (3) must not foster an “excessive governmental entanglement with religion.”9

While at first glance the establishment clause might appear hostile toward religion, it was an attempt by the Framers to protect religious freedom for all.10 If the government were allowed to favor one religion over another, the religious rights of the nonfavored religion would, of course, be lesser than the favored religion.11 Thus, the Constitution mandates neutrality toward all religions rather than favoritism toward any particular religion. Despite this neutrality toward specific religions, the establishment clause is not violated when the government includes religious institutions along with secular institutions when distributing certain benefits.12

During the 1980s the Supreme Court began to allow more religious expression in the public square.16 Professor Nantiya Ruan postulates that this development was a result of the Court “returning to the religious clauses’ historical roots and encouraging religion for the betterment of society.”17 While this is a controversial conclusion, especially in light of the number of Americans who wish to limit religion’s reach into the public square, it is likely an accurate assessment of the Court’s thinking.

Professor Jamar states that “official tolerance requires the state to permit a wide range of religious actions, even when those actions are antithetical, to some extent, to the general welfare.”20 It is this tolerance that allows Title VII to include religion in the list of protected classes.21 Professor Jamar states that this tolerance of religion is actually a nonneutral position.22 The government has actually favored religion insofar as it has declared that the practice of religion cannot be discriminated against in employment decisions.23

The free exercise clause was designed to allow individuals to practice their religion without government interference. However, the usefulness of the free exercise clause is questionable after the Supreme Court’s decision in Employment Division v. Smith.27 In Smith, the Supreme Court held that the free exercise clause will not excuse an individual’s noncompliance with a “valid and neutral law of general applicability on the ground that the law proscribes . . . conduct that his religion prescribes.”28 The Smith decision leaves people of faith little recourse if their ability to practice that faith is hampered by a law of general applicability.29

Professor Alan Brownstein has written on how religion should be analyzed for free exercise purposes.30 He has identified issues that must be addressed if the free exercise of religion is to be protected. The first of those issues is the privileging of religion.31 When the right of individuals to exercise their religion is enforced, those persons are given a benefit that nonreligious persons do not receive.32 That privilege also applies to religious institutions that receive benefits from the state, such as tax exemptions.33 With regard to privilege, Professor Brownstein states that the issue is not whether religious individuals should receive different treatment than nonreligious individuals, but, rather, whether the exercise of religion deserves constitutional protection in the first place.34

Professor Brownstein answers the question in the affirmative, but then asks how the free exercise doctrine should deal with the fact that granting a religious accommodation to religious individuals may confer secular benefits beyond the protection of their ability to practice their faith.35 The suggested solution is to clearly enunciate what the privilege is that the religious individual will be receiving and also to clearly state what the government expects in return for the privilege.36 In other words, while the state may accommodate religious individuals by not forcing them to violate their religious beliefs, it may take action to mitigate the secular benefit that may accrue to individuals.37

There is another justification for mitigating the secular benefit received by the granting of free exercise rights. In the Title VII context, if, for example, Sabbatarians wish to not work a particular day of the week because of their religious faith, other persons will have to work that day for the Sabbatarians. That may be a disadvantage to nonreligious employees who would prefer a weekend day off for nonreligious reasons.41

This reluctance to require more than a de minimis accommodation by employers seems to be inapposite to the societal goal of allowing members of all religions to practice their faith freely.42 This is especially important for members of minority religions, who face challenges of acceptance and skepticism from society at large.

In recent years religion has taken on a greater role in the lives of Americans.43 As the practice of religion has become more prevalent, many question the role that religion should play in public life.44 Concurrent with the rise of religious practice has been the diversification of religions.45 While the United States at one time might have been exclusively a Judeo-Christian nation, that now is not the case.46

Minority religions pose challenges in the workplace that are harder for employers to accommodate. While employers might not want to allow employees time off because of a day of worship, that can usually be accommodated without too much disruption to the workplace. The harder accommodation might be for a Muslim who does not necessarily need an accommodation for a day of worship, but might need an accommodation for daily prayers at numerous times throughout the workday. Indeed, religious discrimination claims by Muslims have doubled since the September 11, 2001, terrorist attacks.47

Freedom of religion is a concept that most Americans believe is fairly straightforward. The Constitution protects individuals’ rights to practice their religion and prohibits the government from establishing a religion.48 But of course it is not that simple. The Supreme Court has rendered the free exercise clause no help to many individuals.49

In Employment Division v. Smith the Supreme Court held that an individual’s free exercise rights are not violated by the obligation to comply with a neutral law of general applicability that conflicts with his religion.50 The individual may, however, have hybrid rights when the free exercise claim is combined with another constitutional right, such as freedom of speech or freedom of the press.51 As a result, an individual’s free exercise claim may be trumped by laws that ostensibly have no relation to religion as long as the law is one of general applicability.

The Smith Court based its decision on two grounds. First, it did not support a regime in which individuals obeyed laws only to the extent that the laws did not conflict with their religious beliefs.52 Second, the Court did not want judges weighing the “social importance of all laws against the centrality of all religious beliefs.”53 The Court clearly was uncomfortable with evaluating the religious practices of individuals.54 However, the result has left the free exercise clause virtually meaningless.

There is a disconnect between the rhetoric on the value of religion in society and the protection afforded to employees of faith who encounter conflicts between practicing their faith and workplace rules. While at least some in society claim to value religion and what religion adds to the public square, others say that accommodating the needs of religious employees need be accomplished only if it does not cost employers anything.55 The federal court system has embraced the notion that an accommodation that poses more than a minimal burden on an employer demands too much, notwithstanding the benefits that a pluralistic society and workforce may bring.56

The ADA has provided a guide on how to strengthen reasonable accommodations given to employees.57 The ADA model offers greater balance in the analysis of what accommodations are reasonable and how much of a burden is required of employees. While the cost to employers would necessarily increase under the ADA model, that cost is outweighed by the benefits of employees being able to practice their faith without the threat of losing their jobs because of a conflict with employment requirements.

In a religious pluralistic society, the religious rights of all must be respected and protected. Forcing employees to choose between their faiths and their jobs does not offer these employees the respect or the protection that was envisioned when the First Amendment was ratified or when Title VII was enacted. Creating a more equal balance when evaluating whether an accommodation is reasonable will help provide the respect and protection that employees deserve.

12 See id., at 820, 821. Professor Sedler lists various examples of the inclusion of religion with secular institutions. Those examples include the tax exemption for contributions to religious institutions, the tax exemption for property owned by religious institutions, and allowing parents to deduct educational expenses that include tuition payments to parochial schools. id., at 821. He also cites examples of the government providing benefits to children attending parochial schools that are equivalent to benefits that children receive who attend public schools. Id.

17 id., at 11. Professor Ruan also examines two recent establishment clause cases in the Supreme Court, Van Orden v. Perry, 545 U.S. 677 (2005), and McCreary County v. ACLU of Kentucky, 545 U.S. 844 (2005), in which the Supreme Court came to opposite conclusions in cases involving the establishment clause. id., at 12, 13. In Perry a majority of the Court allowed a Ten Commandments monument to remain on the grounds of the state capital. 545 U.S., at 691, 692. The Court, in its plurality opinion, appeared to allow the display in an attempt to encourage religion and acknowledge the religious traditions in America. id., at 687-690. In McCreary County the Court did not allow a Ten Commandments display to remain in a county courthouse because the display had a religious purpose that violated the establishment clause. 545 U.S., at 878-881.

46 Bilal Zaheer, “Accommodating Minority Religions Under Title VII: How Muslims Make the Case for a New Interpretation of Section 701(J),” U. Ill. L . Rev. 207 (2007): 497, 513. Zaheer states that Islam will soon pass Judaism as the largest minority religion in the United States. Id.