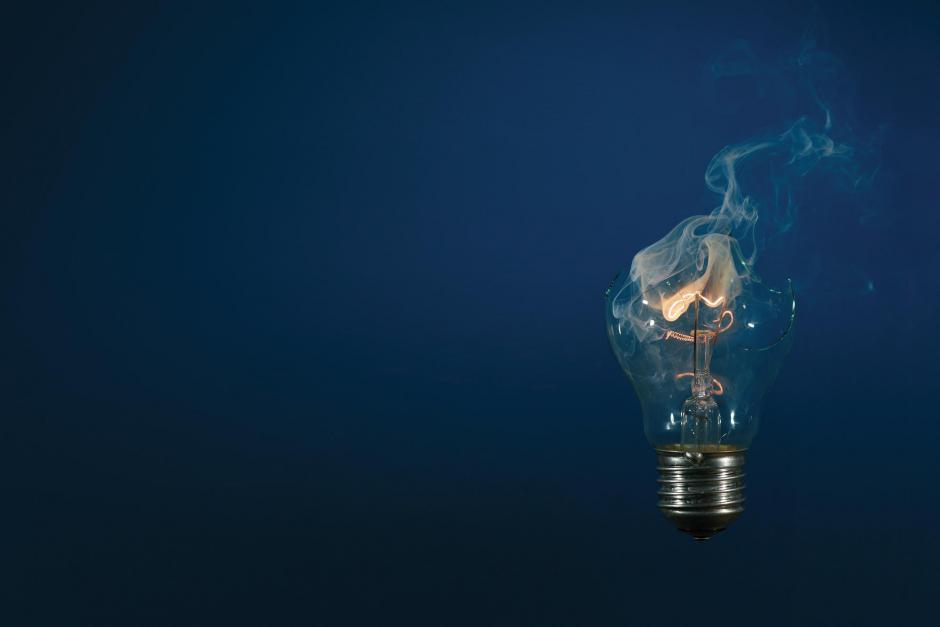 When I was reading the Bible recently, my mind flashed back to the Washington Post slogan: “Democracy Dies in Darkness.” I was reading these words of Jesus: “Light is come into the world, and men loved darkness rather than light, because their deeds were evil” (John 3:19).

I found myself wondering: Does “democracy die in darkness,” or does it“die” because people choose darkness; willfully turn away from the light that exposes unpalatable truth, painful realities of their evil? After all, “humanity cannot bear very much reality,” as T. S. Eliot famously pointed out. Indeed, we are well aware of the universal, deep-seated human tendency to self-deception.

As it is, truth or facts brought to light are often denied.

Ensconced in political, racial, ethnic, or gender tribes, people have, to cite the prophet Isaiah, “made lies [their] refuge, and under falsehood have [they] hid [themselves]” (Isaiah 28:15). They are blithely enchaining themselves to forms of magical thinking and conspiratorial cults of unreason that the West had apparently largely escaped from. In Plato’s famous allegory of the cave, which dramatizes the West’s exodus from myth to reason, the challenge was to guide those enchained in the cave to the light. But what is to be done when people have seen the light, but embrace darkness; when they willfully choose to return to the cave?

This is the enigma of our post-truth world. And it cannot be unraveled without addressing the element of willful self-deception. For while it’s true that social media, cultural, political, and academic trends have contributed to the “death of truth,” as Michiko Kakutani showed in a recent book, we must admit, if we are honest enough, that there is in humanity “a fundamental will to let itself be deceived and to deceive others,” as Nietzsche gleefully noted.1

Before Nietzsche, John Adams described the propensity to self-deceit as “the source of far the greatest and worst part of the vices and calamities among mankind.”2 This pessimistic view of human nature informed the American founders’ political reflections and constitutional prescriptions. Curiously, however, whereas their constitutional prescriptions—the checks and balances—are celebrated, their anthropological insights are totally ignored or hardly known.

Indeed, outside of specialized academic circles, few Americans know that the founders stressed the “degree of depravity in mankind which requires a certain degree of circumspection and distrust,”3 especially in politics; and that they drew from Calvin’s theological anthropology, which emphasized utter human depravity as a result of the Fall. Ignorance of the founders’ pessimistic anthropology, or its eclipse by Rousseauian anthropology of natural human goodness, is not, in my view, accidental. Rather it’s symptomatic of our inborn unwillingness to face the reality of our depravity, reflected in our tendency to flatter ourselves about our own goodness.

Our self-flattery isn’t innocuous, however. We make ourselves appear good by scapegoating, by projecting our evil on others. But by demonizing innocent others, scapegoating inverts the moral categories of good and evil. It sanitizes evil, conjures a demonic apocalypse. And in extreme crisis, as we know from Nazism, it’s a warrant for genocide. Of course, scapegoating is the primordial, time-tested means of establishing tribal identity and unity. And one of ethical monotheism’s signal contributions to Western civilization was to shatter this scapegoat mechanism.

By implicating all humankind in sin, the Genesis story of the Fall and the gospel redirects the accusation from the other to self. They seek to elicit the confession: “I am a sinner.” Historically, internalization of this self-accusation produced what the theologian Krister Stendahl called “the introspective conscience of the West,”4 or “ethical inwardness,” in Arthur O. Lovejoy’s words.5

The importance of this “ethical inwardness” can’t be emphasized enough. Without it, there is no way to avoid self-deceit or escape from the labyrinth of one’s prejudices, illusions, and faults. In fact, all the virtues necessary for a moral life, rational thought, civilized dialogue, and peaceful coexistence—authenticity, fairness, openness to truth, admitting wrong, humility, generosity of spirit, and the like—involve introspection.

Without introspection, or “ethical inwardness,” there is no virtue. And without virtue, as James Madison warned, “we are in a wretched situation. No theoretical checks—no form of government can render us secure.”6 Ultimately, “checks and balances” lie in the conscience of individual citizens. Indeed, as classically formulated by Plato, a just political order flows from and depends on the right order within the soul of its members. And, he said, the right order within the soul depends, in turn, on imitating the Good.

Plato advanced the idea of the transcendent Good against radical relativism and social fragmentation very similar to our postmodern disorders. Against the Sophists’ claim that “man is the measure of all things,” he retorted that “God . . . is the measure.”7 Here it’s highly significant that classical philosophy is at one with ethical monotheism in recognizing the existence of an inherent uncreated Being—the Good in Plato, the Unmoved Mover in Aristotle—that humans must submit to and measure themselves after.

And God was the measure until modern philosophers, starting with Descartes in the seventeenth century, usurped and transferred His divine powers and attributes to self, reason, science, art, history, nature, and other entities. That’s why at the end of the nineteenth century Nietzsche could famously proclaim that “God is dead. . . . And we have killed him.”8 But if “God is dead,” then the devil’s lie, “You will be gods,” is realized, and “Everything is permitted,” as Dostoevsky’s Ivan Karamazov declared, because we get to decide, like God, what is true, false, good, or evil.

The post-Christian era we have entered is an empirical demonstration of radical atheism and rejection of Christian morals. And as we are finding out, denial of God doesn’t eliminate the need for God. Contrarily a world fragmented, decentered, and disorientated by radical egoism ironically engenders a deep longing for sovereign authority—for a godlike leader, Nietzsche’s Übermensch—to impose order. Again, just as people cannot do without God, they cannot do without the devil. They need someone to blame for evil, as evidenced in the upsurge in anti-Semitism and conspiracy theories finding all-too-human “devils” behind economic, social or political calamities.

To deny the existence of God but worship man gods, and deny the existence of the devil but demonize the Other, is a most curious irony. It represents an insidious and grotesque spiritual deformation. In The Death of Satan: How Americans Have Lost the Sense of Evil, Andrew Delbanco traced this deformation to the loss of old religious words and concepts that helped us to make sense of evil. Americans, he wrote, used to believe in God, Satan and the struggle against evil. Not anymore. As such, “a gulf has opened up in our culture between the visibility of evil and the intellectual resources available for coping with it.”9

To regain our moral clarity, he says, we must recover the old religious language and metaphors. After all, we can’t do without them, as evidenced in their deformation in the us-versus-them polarity of tribalism and identity politics. “Evil has returned,” he wrote, “as the blamable other—who can always be counted on to spare us the exigencies of examining ourselves.”10 Honest self-examination or introspection would reveal to us the modalities of evil in our own hearts, our struggle against it or our surrender to its sway.

This inner struggle between good and evil, to be sure, is a universal human experience, as Paul noted in Romans 2:14, 15. Indeed, Plato dramatized it in the Phaedrus in the myth of the charioteer driving two horses, representing reason and unbridled emotions. Denial or repression of this inner war, the shifting of its theater from within to the outside, under Rousseau’s diabolical genius, is, in my view, modernity’s most pernicious self-deception, the root of our moral crisis. By animating us to fight external demons, in others or political and economic institutions, it relieves us the burden of fighting our inner demons.

We need a moral revival that illuminates our inner demons and trains us to fight them. For the darkness threatening democracy is not in institutions or structures, as the social sciences have made us believe, but in human hearts. Actually, that is why Christianity at its inception and in its most genuine expressions has focused on transforming the individual, rather than institutions or structures. For the kingdom of God must first be instituted in the heart before it is visibly established. Alternatively, a moral revival that depends on controlling political or legal institutions, rather than on the Spirit of God (Zechariah 4:6), is a self-deception and deformation of the gospel, which the Apocalypse identifies as the counterfeit work of the antichrist.