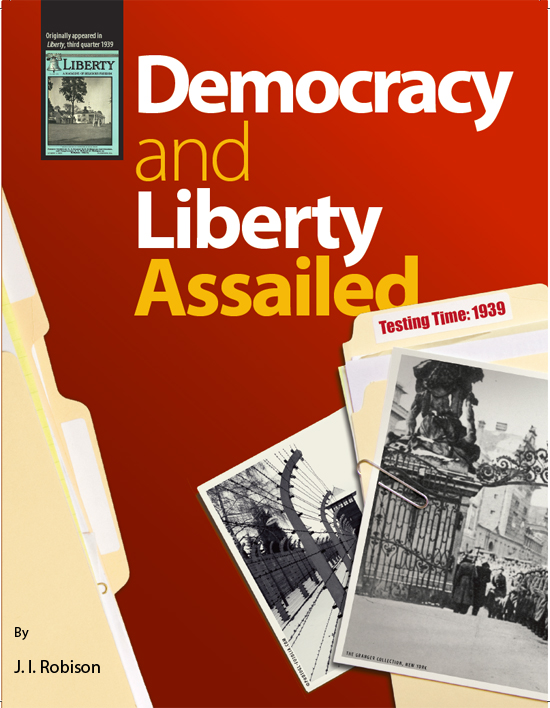 The thoughtful observer, as he looks out upon the political and religious world today, becomes deeply conscious of the fact that civil and religious liberty are in peril. There are decadent influences at work in every land that are permeating the social fabric and threatening to overthrow democratic forms of government and restore the absolutism of past centuries.

Our age, which in material development is the greatest in the history of the world, has been built upon the democratic principles of freedom and equality. But a thirst for power is menacing our civilization. Democracy and liberty are on trial to