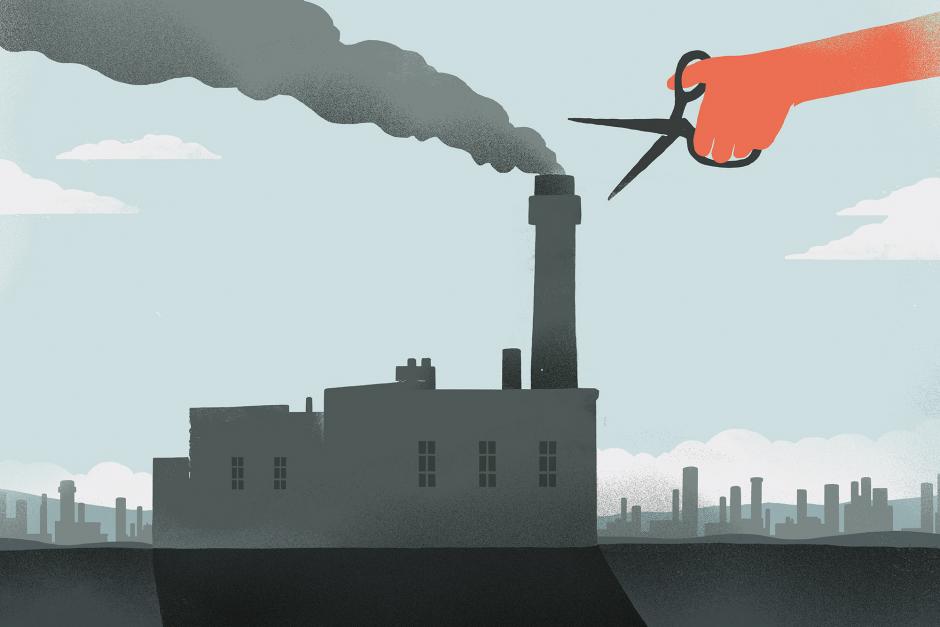 The late years of the nineteenth century and even the early ones of the twentieth were filled with the promise of a better, more hopeful future.

“Therefore, gentlemen,” declared Werner von Siemens (founder of the company that still bears his name) in the late nineteenth century, “we will not be shaken in our belief that our research and inventive activity leads mankind to higher levels of culture, ennobling it and making it more accessible to ideal aspirations, that the impending scientific age will diminish its hardships and its sickness, enhance its enjoyment of life, and make it better, happier, and more content with its fate.”

“It was paradise,” wrote Jean-Paul Sartre, of those early years of the twentieth century. “The miraculous era when cinema, radio, the telephone, the automobile, and the airplane were born. The earth seemed nearly conquered by the joint efforts of Western imperialism and technological promise.”

One event did, somewhat, shatter that optimism: World War I, by far the most devastating human-made catastrophe to date. That was, at least until World War II, which followed closely behind and, of course, was much worse.

With such history still fairly fresh in our collective conscience, unsurprisingly most people didn’t greet the beginning of the twenty-first century with the optimism that their great-grandparents did the twentieth.

And with good reason. The technology that was supposed to enrich our lives might, instead, end them. Putting aside the threats of a nuclear catastrophe, ISIS, or Vladimir Putin, the big fear now comes from “climate change,” a contemporary euphemism for air pollution. Only this time the problem is not just dirty air over Beijing or smog over Los Angeles. Instead, the fear is nothing less than the survival of the planet. So vast and consequential are the potential issues that even Pope Francis of the Roman Catholic Church weighed in, warning that “the destruction of the human environment is extremely serious” and that we must “escape the spiral of self-destruction that currently engulfs us” because of climate change.

With the belief that such an apocalyptic threat awaits the world, it would certainly be worthwhile to remember how, at times of other real (or even perceived) dangers, the most basic freedoms and liberties came under assault for a “good” cause. And, as far as good causes go, they don’t get better than, as Al Gore warned, “the truly catastrophic damages that have the potential for ending civilization,” which we supposedly face from climate change. In other words, if any cause were worth trampling on freedoms, this would be it.

Worse is that the rancid politicization of the climate change dialogue makes matters more confusing. President Obama warns about the “urgent and growing threat” of a changing climate, while GOP primary candidate Marco Rubio says that “we are not going to make America a harder place to create jobs in order to pursue policies that will do absolutely nothing, nothing to change our climate.”

On one level, whether or not the science behind climate change is correct is beside the point. What is the point is that many believe it is, which means that a lot of people, some with great political influence and power, fear that—unless massive changes soon take place—grave danger awaits us all.

Among those dangers? Well, for one, rising sea levels, which can destroy coastal habitation. Rainfall changes might lead to increased flooding. On the other side of that coin is the possibility of increased droughts. Global temperature change will bring more life-threatening heat waves, more hurricanes and typhoons of greater intensity. And don’t forget about rising acidity in the oceans, making them less hospitable for sea life.

“Climate change is one of the most serious public health threats facing the nation,” warns the Natural Resources Defense Council, “but few people are aware of how it can affect them. Children, the elderly, and communities living in poverty are among the most vulnerable.”

The United States Pentagon says that climate change is an “urgent and growing threat to our national security” and blames it for “increased natural disasters” that will require more American troops designated to combat bad weather.

A report by the United Nations Office for the Coordination of Humanitarian Affairs says: “Over the next twenty years, we can expect more and intense climatic hazards everywhere. Particularly at risk are those communities located in areas prone to floods, cyclones, and drought. Suffering repeated climatic shocks depletes their resources and makes them reliant on external assistance.”

Democratic candidate Martin O’Malley even blamed climate change for the rise of ISIS. “One of the things that preceded the failure of the nation-state of Syria and the rise of ISIS,” he said, “was the effect of climate change and the mega-drought that affected that region, wiped out farmers, drove people to cities, created a humanitarian crisis. It created the symptoms, or, rather, the conditions, of extreme poverty that has led now to the rise of ISIL and this extreme violence.”

When everything, from the rise of ISIS to the potential of mass starvation, is being linked to climate change, civil libertarians need be vigilant because—if the past is any precursor to the future—nothing, including freedom, will be allowed to stand in the way of defense against such dire threats.

Because many of the most fearful forecasts for climate change are based on computer models projecting 30-50 years out, it’s hard to know if things are as bad as claimed. Again, it doesn’t matter. What matters only is that enough people think they are. Hence, the potential danger to the civil liberties of anyone seen as adding to, or hindering any solution to, a danger that could destroy us all.

For instance, the New York attorney general has begun an investigation of ExxonMobil to determine whether the company lied to the public about the risks of climate change or to investors about how such risks might hurt the oil business. Meanwhile, Peabody Energy, the nation’s largest coal producer, had already been under investigation by the New York attorney general for two years in regard to questions about whether it properly disclosed financial risks related to climate change. Though with the exception of stockholders and the energy executives themselves, who is going to lose sleep over energy giants getting investigated for lying? But the more important question is How far could this go?

Vaclac Klaus, for 10 years (2003-2013) president of the Czech Republic, warned that attempts to curb greenhouse gas emissions are an attack on freedom itself.

“It seems to me,” he said, “that the widespread acceptance of the global warming dogma has become one of the main, most costly, and most undemocratic public policy mistakes in generations.

“The previous one was Communism.”

Closer to home, the conservative Heritage Foundation fears that federal government talk about climate change isn’t to protect us but is “to justify taxing, regulating, and controlling us. It’s about making us poorer and less free.”

One could argue, perhaps, that the hype about the potential dangers to freedom posed by attempts to deal with climate change is as hyped as are the warnings of the dangers posed by climate change. Maybe? But the historical record shows that freedom always takes a back seat to danger, real or perceived.

However much Americans took their Constitution seriously, few had many qualms about the outrageous ways Abraham Lincoln trampled upon it amid the dangerous days of the Civil War.

During World War I the federal government restricted freedoms, especially freedom of speech, in ways that most Americans today would find incomprehensible, yet were deemed necessary for the immediate crisis.

Today Americans look in horror on how we treated Japanese-Americans after the bombing of Pearl Harbor, a minor brawl in contrast to the fate that awaits the earth according to climate change predictions.

Even after September 11, Americans were able to tolerate things like the Patriot Act and other restrictions they were told could keep them safer. However, the threat of al-Qaeda is nothing compared to rising sea levels, massive droughts, and the inevitable destruction of New Orleans and Miami and many other cities because of climate change.

Even this nation, which has paved the way for the world when it comes to freedom, has shown—in response to threats far less than “the potential for ending civilization”—a willingness to trample on basic rights.

Could we be facing something similar as the fear of climate change grows? It would be naive to think otherwise.

In his recent encyclical on climate change and the environment, Laudato si’, Pope Francis added a new phrase to religious vocabulary: a “sin against creation,” a euphemism for anything that adds to climate change. Working on the assumption that the scientific consensus regarding climate change was valid and that “things are now reaching a breaking point,” the pope then talked about the need for a global political authority that would enforce whatever was believed needed to save us from disaster.

“Enforceable international agreements are urgently needed, since local authorities are not always capable of effective intervention,” he wrote. He said too that, given the current situation, “it is essential to devise stronger and more efficiently organized international institutions, with functionaries who are appointed fairly by agreement among national governments and empowered to impose sanctions. As Benedict XVI has affirmed in continuity with the social teaching of the church: ‘To manage the global economy; to revive economies hit by the crisis; to avoid any deterioration of the present crisis and the greater imbalances that would result; to bring about integral and timely disarmament, food security and peace; to guarantee the protection of the environment and to regulate migration: for all this, there is urgent need of a true world political authority, as my predecessor Blessed John XXIII indicated some years ago.’”

A true world political authority? On one hand, the pope isn’t saying anything that others haven’t said. On the other, who would this world political authority be, what would be its powers, and how would they be enforced? Neither Francis, nor Benedict, his immediate predecessor, whom he quoted, was specific, other than to say that the threat is so great that whatever needs to be done to stop it must be globally enforced.

For now, such a political authority doesn’t seem overtly plausible or particularly threatening. Hard to imagine any power, in and of itself, being able to pull that off. However, the biblical book of Revelation does warn of an end-time confederation of political and religious powers that will be exceedingly repressive.

Repression, persecution, and loss of liberty have come from a lot less.

Betty Marsden is a nom de plume for a regular contributor who wants the topic, not the messenger, to be its own authority.