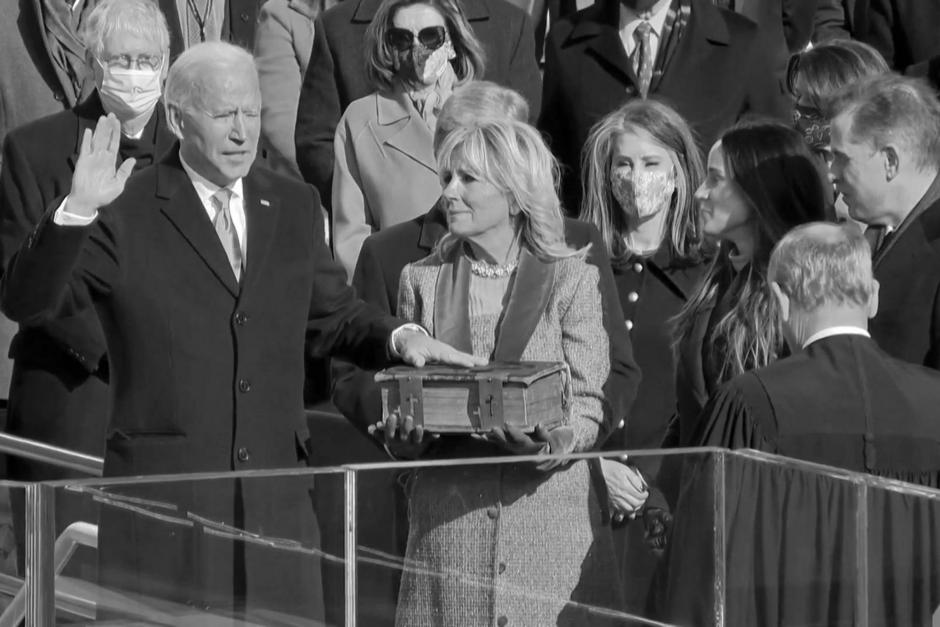 The President Trump era was a bountiful period for the political fortunes of Evangelical Christians in America. That is because the forty-fifth president of the United States checked off virtually every box on the Evangelical wish list. Trump gave Evangelicals everything they could have wished for. He relocated the U.S. embassy to Jerusalem. He advocated for policies that sought to restrict access to abortions. Trump also signed an executive order that created the White House Faith and Opportunity Initiative. This decree sought to remove barriers that had unfairly prevented faith-based organizations from receiving federal funding. Overall, Trump made the federal government much more open and responsive to the concerns and desires of Evangelicals.

Therefore, it is no surprise that many Evangelicals responded unfavorably to the news of Joe Biden’s victory over Trump. Some Evangelicals reacted to Trump’s defeat by expressing disappointment or sadness. Others expressed concerns for the future. There were also some Evangelicals who simply did not want to believe that it actually happened. For instance, moments after most major news networks declared Biden the winner, Franklin Graham quickly reminded everyone that the news networks had merely made a projection, and the results were not yet official. Graham and other Evangelicals were essentially holding on to the hope that the news networks were wrong, and that Trump would somehow prevail after all the votes were counted and certified.

Franklin Graham was not the only Evangelical leader disappointed with the results of the 2020 presidential election. Soon after Biden was presumed to be the winner of the election, Robert Jeffress, the pastor of First Baptist Church of Dallas, rented out space on billboards throughout Dallas to advertise his upcoming sermon on how Christians should respond to a Biden presidency. This illustrates just how much concern some Evangelicals have about a future in which Donald Trump is no longer in the White House. For some Evangelicals, Trump’s defeat is an existential threat to Evangelicals in America. They notice how the changing demographics in America are not skewing in their favor. There are far fewer people in America today who identify themselves as Christians than there were 20 years ago, and only about one in four Americans currently considers themselves to be Evangelical Christian.

Also, according to a recent AP-NORC poll, Evangelicals are more likely than other Christians to believe that their religious freedom is under attack. They see the increasing incidents of religious persecution of Christian minorities in other countries, and they fear that the same thing will happen here in the United States as Christians become a smaller part of the population. They feel a need to have a government that looks out for them during a time when they are exerting a decreasing influence on society and culture in America. That is why Evangelicals want a president who will protect their rights and interests. Donald Trump did just that. For them, President Trump was the firewall that shielded Evangelicals from a world that is becoming more hostile to Christian values.

Trump’s presidency was also the fulfillment of a 40-year-long journey that Evangelicals have taken to the political promised land. Evangelical Christians began their concerted involvement in politics during the 1970s as a reaction to mandates from the federal government that they believed were contrary to the teachings of Scriptures, as well as threats to religious liberty. Their original intent was to mobilize a Christian response against the government’s increasing tendency to enact laws that impeded individuals from living in accordance with the Bible. There is one specific event that is often attributed to sparking Evangelical engagement in politics, and that was a 1978 proposal by IRS commissioner Jerome Kurtz to require Christian schools to prove they were trying to integrate in order to maintain their tax-exempt status. This new regulation prompted a significant response from Evangelicals. A total of 126,000 letters of protest were sent to the IRS, and many calls were made to Congress. As a result, the IRS quickly pulled the proposed regulation.

The IRS incident demonstrated the ability of Evangelicals to successfully mobilize and challenge government policy. This victory emboldened Evangelicals to press forward with their efforts to influence the government. In 1990 Pat Robertson told the audience at a Christian Coalition convention that his goal was to elect a pro-family Congress by 1994 and a pro-family president by 2004. The first objective was accomplished in 1994, when the Republicans gained control of Congress for the first time in 40 years. Then in 2000, Evangelicals helped George W. Bush to win the White House. But the biggest political victory for Evangelicals took place in 2016, when Donald J. Trump was elected president of the United States.

Trump actively courted Evangelical voters, and he promised to enact policies that were favorable to the beliefs and values espoused by Evangelicals. White Evangelicals in particular responded very favorably to Trump, as 81 percent of them voted for him. In response, Trump largely kept all the promises that he made to Evangelicals. Thus, it is no surprise that many Evangelicals are disappointed that there will not be a second term for President Trump.

Trump’s defeat may have been a letdown to many Evangelicals; however, they had little time to sit around and mourn their loss, as the next battle in their political crusade was to take place even before Joe Biden was inaugurated. On January 5, 2021, Georgia conducted a runoff election for both of their seats in the United States Senate. Democrats won both seats, giving them control of both the House and Senate, and that will enable them to do such things as increasing funding for Planned Parenthood. Evangelicals were aware of what was at stake in the Georgia runoff elections. That is why groups such as the Faith and Freedom Coalition dedicated significant resources to mobilizing a high turnout of Evangelical voters.

Another upcoming battle for Evangelicals involves the rights of individuals who conscientiously object to values and lifestyle choices of the LGBTQ community. Prior to the 2020 presidential election, Al Mohler, the president of the Southern Baptist Theological Seminary, predicted that “the primary front of the religious liberty controversy is likely to be related to LGBTQ issues, and both Biden and Harris are eager to advance the sexual revolution on every front.” One look at Biden’s campaign website gives credence to what Mohler is saying. Biden posted his plan to advance LGBTQ rights on his website, and his proposals include the very things that some Evangelicals fear:

“Religious freedom is a fundamental American value. But states have inappropriately used broad exemptions to allow businesses, medical providers, social service agencies, state and local government officials, and others to discriminate against LGBTQ+ people. . . . Biden will reverse Trump’s policies misusing these broad exemptions and fight so that no one is turned away from a business or refused service by a government official just because of who they are or who they love.”

Biden seems to make it clear that he will allow the rights of the LGBTQ community to take precedence over those who disagree with them because of religious convictions. Many Evangelicals object to such things as same-sex marriage because they feel it goes against the teachings of the Bible. Evangelicals want to have the freedom to refrain from participating in any activities that recognize or promote same-sex marriage. Therefore, when Biden declares his intentions to disallow individuals and organizations from objecting to the LGBTQ lifestyle based on religious beliefs, Evangelicals are understandably concerned.

Some of the issues that are most important to Evangelicals have ultimately ended up before the United States Supreme Court, and in the past the Court has delivered some devastating setbacks to the Evangelical movement. Roe v. Wade was one; another was Obergefell v. Hodges—a landmark case in which the Supreme Court extended marriage rights to gays and lesbians nationwide. However, the composition of the Supreme Court is much different today than it was prior to when Trump first took office. Trump had the opportunity to fill three vacancies on the Court, and he appointed three individuals who are highly regarded by social conservatives. Trump’s third and final appointment to the Court was sworn in just days prior to the November 3 election, and that individual, Amy Coney Barrett, now gives conservatives a majority on the Supreme Court. There are now five justices who are deemed to interpret the Constitution in a way that is favorable to Evangelicals. Therefore, the Supreme Court may now be the preferred battleground for Evangelicals. They can take their cases to the Court, expecting to now have a majority of the justices on their side.

Joe Biden’s victory might be viewed as a setback for Evangelicals. They might no longer have a president who is as receptive to Evangelicals as Donald Trump was. Trump did a lot of good things for the Evangelical movement, and there is a possibility that Joe Biden will revoke some of the mandates that Trump enacted that were favorable to Evangelicals. However, the end of Trump’s presidency does not signal the end for Evangelicals in American politics. Joe Biden is not the nail in the coffin for the Evangelical foray into American politics. There are many ways that Evangelicals can survive through a period during which they will no longer have an advocate in the White House. Evangelicals will continue to play a public role despite the loss of Donald Trump, in large part because they see religious liberty as something that is worth defending.

The rise of evangelical sensibility in the United States cannot be seen as a bad thing in itself. This magazine has often critiqued their, at times, blunt search for political power, even as we share many of the moral sensibilities that have stirred that community. We could hope that in the aftermath of the Trump collapse, the Evangelical right will temper their efforts with true Christian charity, avoid the appearance of autocratic solutions, and continue to be a moral compass for the nation. Editor.