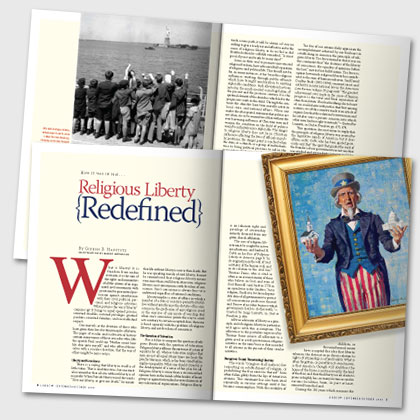 At first glance, the faith forum held at the United Nations in the waning days of 2008 would seem a miracle: the kind of event that everyone who was anyone would want to participate in, to have their pictures taken with the dignitaries, to have their name and their organization represented. After all, look what it was about.

First, it was about religious freedom, religious tolerance, and religious liberty for everyone. Who—with the exception of Al-Qaeda, the Taliban, and Hamas—would be against that?

Second, many religious groups were represented: Jews, Muslims, Christians, Taoists, Buddhists, Hindus, and assorted other faiths gathered in the United Nations General Assembly Hall to talk about these crucial issues in the twenty-first century. Crucial because religious extremism, far from fading away, is as dangerous as ever, especially when the Pandora’s box of scientific technology has made the potential for mass destruction in the name of someone’s deity or deities a frightful reality.

Fourth, the group said all the right things, denouncing religious intolerance, religious extremism, religious violence, and so forth.

Fifth, among those there, in the same room at a private banquet, were Saudi Arabia’s King Abdullah and (believe it or not) Israeli foreign minister Tzipi Livni and Israeli president Shimon Peres. And Peres actually had some good words to say about Saudi Arabia; he even called some of its actions in regard to this dialogue “inspirational and promising—a serious opening for real progress.” Speaking directly to the king, Peres continued: “Your Majesty, the king of Saudi Arabia, I was listening to your message. I wish that your voice will become the prevailing voice of the whole region, of all people. . . . The initiative’s portrayal of our region’s future provides hope to the people and inspires confidence in the nations.”

An Israeli leader speaking positive words about religious freedom to the king of Saudi Arabia at a forum on religious liberty held at the United Nations?

Who said that truth is not stranger than fiction?

There’s more, though. Most top political leaders from Europe, along with Latin America and Africa, shied away from attending, sending instead only low-level flunkies as representatives to the meeting in November. Why? Though a number of problems existed (among them that some U.N. delegates were uptight about holding a religious event in the General Assembly chamber, which is used for a host of political and diplomatic issues, as opposed to religious ones), the biggest one was that this conference on religious tolerance and freedom and interfaith dialogue had been sponsored by—of all countries—Saudi Arabia.

As strange as all that is, the strangest was the Saudi sponsorship itself. The idea of the desert kingdom, not exactly a haven for progressive religious freedom and tolerance, sponsoring a conference on religious tolerance is akin to having the Ku Klux Klan convene a conference on the need for racial harmony in the United States. 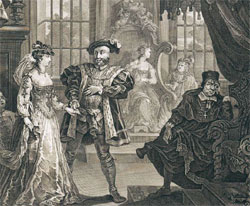 No wonder many expressed disdain and concern about the whole thing.

U.S. President George W. Bush hold hands with Saudi Arabia’s King Abdullah in New York, November 13, 2008. REUTERS/Ho New “Saudi Arabia is not qualified to be a leader in this dialogue at the United Nations,” said Ali Al-Ahmed, a Saudi who is director of the Washington, D.C.-based Institute for Gulf Affairs. Writing in the New York Post, he said that “a recent U.S. State Department report on religious freedom documents appalling trends in Saudi Arabia, which aspires to be the center of a major world religion yet still practices dis¬criminatory policies toward other religions and oppression of other Islamic sects.”

That might be an understatement. It’s no secret that Saudi Arabia is one of the most religiously repressive regimes in the world, allowing no other religions to be practiced there, and strictly enforcing its version of sharia law on its citizens. Jews, Christians, and all other non-Muslims are not allowed to practice their faith inside the kingdom, and those who try can face severe punishment if caught doing so. Religious texts not state approved are banned, confiscated, and destroyed. The list goes on, but the point is—Saudi Arabia is one of the worst violators of religious freedom in the world. Hard as it might be to stomach, more religious freedom existed in Saddam Hussein’s Iraq than does now in King Abdullah’s Saudi Arabia, which also happens to be one of America’s greatest allies in the Middle East.

A report, “The Hadi Al-Mutif Project for Human Rights,” by the Institute for Gulf Affairs claims: “Religious freedom in Saudi Arabia does not exist. Non-Muslims are banned from practicing their faith or even possessing its symbols and artifacts. The government also imposes severe restrictions on its citizens, and especially on those who do not follow the Wahhabi strain of Islam.

“The religious policies of the Saudi government have contributed to the rise of extremism and terror groups worldwide, including Al-Qaeda and others. Saudis are leading contributors of money and support to international terrorist groups and make up the highest numbers of suicide bombers around the world, which often occurs with either the direct support or the tacit approval of Saudi authorities.

“The Saudi educational system provides an ideological foundation for violence and future jihadists. The textbooks currently used in Saudi schools, including those in the U.S. and Europe, preach hatred toward other Christians, Jews, other religions, and even most Muslims.”

The United States Department of State International Religious Freedom Report for 2008 took a little more diplomatic approach, and yet the verdict isn’t exactly glowing, either: “The government confirmed that, as a matter of public policy, it guarantees and protects the right to private worship for all, including non-Muslims who gather in homes for religious services. However, this right was not always respected in practice and is not defined in law. Moreover, the public practice of non-Muslim religions is prohibited, and mutawwa’in (religious police) continued to conduct raids of private non-Muslim religious gatherings. Although the government also confirmed its policy to protect the right to possess and use personal religious materials, it did not provide for this right in law, and the mutawwa’in sometimes confiscated the personal religious material of non-Muslims. . . . There were also several positive developments in government policy that, if fully implemented, could lead to important improvements in the future. The government reiterated its policy to halt the dissemination of intolerance and combat extremism, both within Islam and toward non-Muslim religious groups, in the country and abroad.”

What occurred in United Nations General Assembly, then, was that a nation that regularly oppresses and limits all but a distinct version of one religion in its own country nevertheless sponsored a summit that advocates religious freedom for all faiths. Some might cynically respond, Only at the United Nations could this happen (after all, this is the same body that has had such paragons of liberty and freedom as Sudan, Syria, Cuba, and Libya seated on human rights commissions).

The meeting itself was an outgrowth of a previous one, held in Madrid earlier in the year, in which about 300 representatives from various world religions (Jews, Sikhs, Hindus, Muslims, Christians, Buddhists) came together to discuss the need for religious toleration and pluralism—all sponsored by the Saudis. It was at that meeting that the idea of a similar one be held at the United Nations itself, ostensibly to give it whatever moral authority the U.N. might have to the proceedings.

Both the Madrid meeting and the one at the United Nations in November received little press coverage; there were a few articles in the major newspapers, not much more. Human rights groups, though, reported on both, the slant being the disgrace that such an egregious violator of religious freedom as Saudi Arabia should sponsor a forum on religious pluralism, tolerance, and freedom. In the Middle East, especially in Saudi Arabia, the United Nations forum was heavily covered in a manner that made the conference look like a bigger deal than it really was.

Why, though, would the United Nations agree to such a meeting, especially in the General Assembly itself, especially one sponsored by a nation that was universally known to be so weak on religious freedom? The New York Times speculated, in an article buried on page A14, that “diplomats around the building noted that because the Saudi government recently donated $500 million to the World Food Program, no one was likely to confront it openly about domestic issues of religious freedom.”

Another reason, one more subtle, could be found perhaps in the one big dignitary who did make an appearance: then United States president George W. Bush. According to the White House, all moves by any Middle Eastern country to promote human rights and religious freedom should be supported in every way possible, especially when it comes from a country as important as Saudi Arabia. Bush’s presence said, basically, that whatever the problems with religious freedom in Saudi Arabia, the nation remains a key political ally, not to mention a crucial source of crude oil. Thus, with the kind of cold political calculations politicians often need to follow, Mr. Bush apparently decided to ignore the irony of it all and attend the meeting.

In other words, however important religious freedom may be, at least on paper, many nations, the United States included, have bigger concerns—i.e., terrorism, economic uncertainty, and the free flow of oil—and these concerns obviously trump religious freedom.

While sounding good to those who don’t know the facts, the forum itself cost the Saudis nothing, at least in terms of reforming its own practices. The presence of the then U.S. president, even with his remarks about freedom and tolerance, did not result in any change in that desert kingdom in regard to religious freedom and tolerance within its own borders. Instead, if anything, his presence tacitly says, We’re here to support you, even though we know what is really going on.