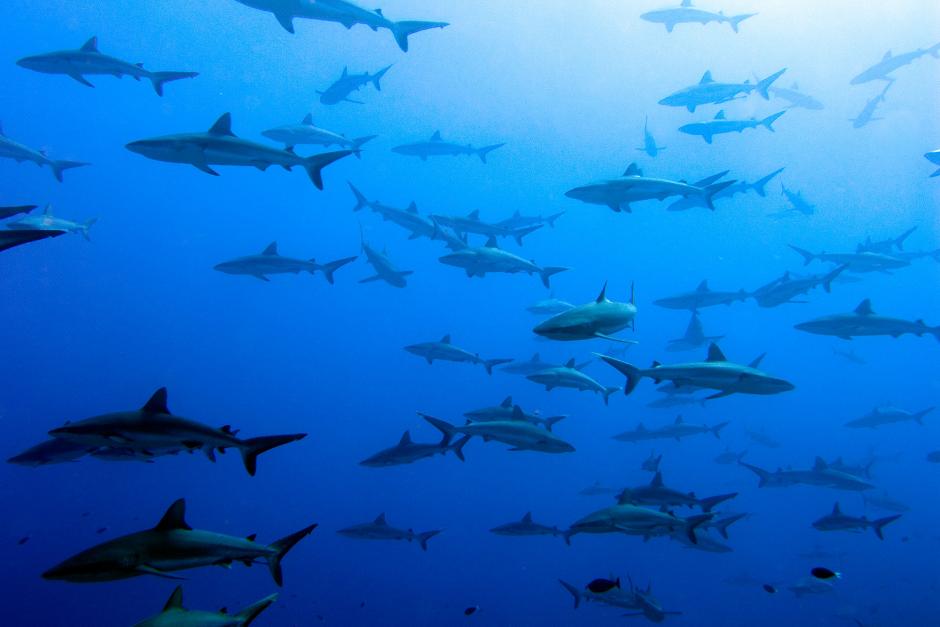 It is usually considered a great honor to be asked to speak at any college commencement ceremony. It rarely gets any better than to be asked to address the large graduating class at the 26,000-student Pasadena City College.

When Dr. Eric Walsh accepted the invitation, he had no idea that he was entering a minefield that was already exploding—one that would severely affect his professional life as a public health director and his private life as a lay minister; and that what he said in the pulpit at his local church would become a pretext for the destruction of his governmental career.

In March 2014 student trustee Simon Fraser sent an e-mail to film director Dustin Lance Black on behalf of Heba Griffiths, the interim associate dean of student life, formally inviting him to conduct the commencement address in celebration of the theme “Proud Past, Global Future.”1

Black, a 1994 graduate of the college and Oscar-winning screenwriter of the film Milk and an LGBT rights advocate, promptly accepted the invitation. Griffiths later said that she had not asked Fraser to send Black the letter, since he was one of eight potential candidates, but Fraser said that Griffiths had asked him to send the invitation using a template that Griffiths had provided, and that the commencement committee had voted in favor of sending invitations to the entire list, and “whoever accepted first would be our speaker.”2

Around this time, college administrators became aware of sexually explicit photos of Black and his ex-boyfriend that had surfaced on the Internet in 2009 after being acquired and posted by an online gossip site without Black’s consent. The college had recently been through several scandals, including a gender studies professor who had resigned earlier that academic year after admitting on his Web site that he had slept with students.3 The college had also been sued by a student who claimed that a journalism professor had shown him a nude photo and retaliated by giving a bad grade on an assignment.4 In March 2013 PCC president Mark Rocha had been given a vote of no confidence by both students and faculty after backing an unpopular decision to cancel the college’s winter quarter, which violated faculty contracts and made it difficult for students to graduate on time.5

In an effort to avoid yet another scandal, Robert Bell, the college’s senior vice president for academic and student affairs, tried to back out of the situation by claiming that a major miscommunication had occurred, and he sent Black’s assistant a message that reversed the purportedly inadvertent invitation. “I wish to inform you that Mr. Black will not need to rearrange his busy schedule to appear as commencement speaker.”6

Given Fellow’s blatant candor, Black blasted the college, saying that “the offer was made. I accepted the offer, booked flights, canceled work to make room for the honor. It is heartbreaking, hurtful, and wrong-headed.”8

He then issued a call for social justice: “As PCC administrators attempt to shame me, they are casting a shadow over all LGBT students at PCC. We will never be worthy of PCC’s praise.”9

Given the fact that an online investigation had led the college to cancel Black, it meant that whoever had the unfortunate “honor” of taking Black’s place was going to be in for the fight of a lifetime.

Next up: City of Pasadena director of public health Dr. Eric Walsh, who readily accepted. Rocha wrote in a press release that Walsh “is a preeminent leader in the Pasadena community,” and that his “extraordinary community work and commitment to public service will serve as an inspiration to our students.”

Walsh’s qualifications were stellar—he was on the staff of Loma Linda University School of Medicine: had taught at the University of California, Irvine: served on the President’s Advisory Council on HIV/AIDS; was the immediate past president of the California Academy of Preventative Medicine; and an active committee member on the Centers for Disease Control. He had worked to develop systems to provide affordable fruits and vegetables and access to quality health care. As Pasadena medical director, he led the creation of a dental clinic to be built in the Pasadena Public Health Department and made it available for individuals living with HIV/AIDS.10

Walsh had studied the link between racial discrimination, stress, and poor health outcomes11 and received congressional recognition for his leadership and contribution to the health of children and had been awarded the prestigious 100 Black Men of Orange County Award in Health and Wellness Care.

In addition to an extensive work schedule, on Saturdays Walsh could be found speaking as a locally hired lay pastor of the nearby Altadena Seventh-day Adventist Church, which identified him as an associate pastor,12 and he was a popular speaker for Adventist youth events.

Walsh’s numerous YouTube videos were then subjected to an unprecedented degree of scrutiny by students who were angry at the college for disinviting Black. Members of “Students for Social Justice” scoured the Web and compiled a laundry list of statements that they attributed to Dr. Walsh. On April 28, 2014, they posted a message on their Facebook page13 striking back at the college. “In light of the recent decision to disinvite distinguished alumnus Dustin Lance Black, the choice of his replacement sheds light on what sort of speaker and role model the [Board of Trustees] and administration think is suitable for the students of Pasadena City College,” the message began.

Then the attack sharpened: “Their choice, Dr. Eric Walsh, is not only the director of public health in Pasadena; he is also an active preacher in the Seventh-day Adventist community whose many sermons are recorded and are available online to the public. We believe in a person’s right to privacy and the privacy of personal beliefs; however, unlike Dustin Lance Black’s private photographs (which were made public without his consent), Dr. Walsh’s beliefs have been expressed in a public forum with Dr. Walsh’s consent. Dr. Walsh’s sermons were recorded for the purpose of spreading his thoughts.”

The students then cited portions of a sermon Walsh had delivered entitled “Sex, Lies, and the Fight for Purity.” In his sermon, formerly posted on YouTube, Walsh said that homosexuality and premarital sex were sins and that television was “like a nuclear bomb in destroying our society.”

The students wrote, “It can be surmised that in an effort to negate the negative perception of Dustin Lance Black by the PCC Board of Trustees president Anthony Fellow as an irresponsible individual who practices unsafe sex, they chose an individual who embodies the opposite, a wholesome, respected public health official whose duties include working against the spread of HIV/AIDS.

“Unfortunately, despite Dr. Eric Walsh’s efforts in the fight against HIV/AIDS, his personal beliefs as expressed in many of his public sermons only further serve to marginalize and demonize the community to which Dustin Lance Black, and many of our students here at PCC, belong.”

By April 29 Walsh had dropped out as commencement speaker; and the students were demanding that Black be reinvited. But Eric Walsh’s professional troubles were just beginning.14

The Los Angeles Times and Pasadena Star-News and other prominent media outlets excoriated his statements, with the Times opining that Walsh’s teachings on creationism showed a disregard for science.15

Walsh’s denomination was also put under the media spotlight. Careful of the church being misrepresented, the Southern California Conference of Seventh-day Adventists quickly attempted to distance themselves from Walsh and issued a press release stating that “[Walsh] does not hold ministerial credentials from the Adventist Church, does not speak on behalf of the Seventh-day Adventist denomination, and, as far we know, does not represent his views as anything other than his own.”16 This of course was all true, but did not speak at all for Walsh’s rights to hold views and express them as his conscience mandates.

To be fair, Walsh’s statements made in sermons were not all that different from sermons that might be heard in any number of conservative Christian congregations, and the Adventist Church itself has previously issued an official statement that “sexual acts outside the circle of a heterosexual marriage are forbidden.”17 Walsh’s sermons had also touched on the issues of Catholicism, Islam, and evolution, and soon the Catholic League for Religious and Civil Rights and the AIDS Healthcare Foundation were calling for his removal.

The City of Pasadena pressured Walsh to resign, and he accepted a severance package. Given his qualifications, the Department of Public Health of the State of Georgia soon extended an offer, but upon learning of the happenings in Pasadena, the director of human resources requested that Walsh turn over his sermons for state employees to listen to and critique.18

After reviewing his sermons, the human resources of the State of Georgia claimed that Walsh had actually violated a Pasadena requirement that he disclose outside employment as a pastor, and that because of this infraction the offer had been withdrawn.

Through the help of the nondenominational First Liberty Institute, Walsh filed suit against the State of Georgia for failing to hire based on religion. In a press release, Institute attorney Jeremy Dys said, “Religious liberty means we should be able to find sanctuary in our own sanctuary. If the government is allowed to fire someone over what he said in his sermons, then they can come after any of us for our beliefs on anything.”

In early 2008 Democrat Party candidate Barack Obama faced a similar challenge when the media revealed that his pastor, Jeremiah Wright, had made controversial sermons. Although Obama denounced the statements, Obama’s attendance at Wright’s church continued to shadow his presidency, as his opponents tried to demonstrate that Obama condoned these controversial views.

The stakes in this case were high. As this magazine went to press the case was settled in a way that upheld Dr. Walsh. If he had lost, it could have meant that governmental or secular employers may review the religious statements of their employees and use this information in making hiring decisions. Even attending a particular church and agreeing to its doctrines could affect employability. Pastors would feel the heat as parishioners become afraid that their pastors might say something that affects them at work. Those who take their faith seriously are already open to public scrutiny, and whether they remain free to practice their beliefs and maintain public professions hinges on the results of cases like this one.

6 Bernal, “Student Trustee: ‘District Is Attempting to Scapegoat Me.’”

18 Billy Hallowell, “He Claims Govt Officials Asked for ‘Copies of Sermons He Had Preached’ on Sexuality, Creationism and more. Here’s Why He’s Suing,” The Blaze, Apr. 20, 2016, www.theblaze.com/stories/2016/04/20/he-claims-the-govt-asked-for-copies-of-sermons-he-had-preached-about-sexuality-creationism-and-more-heres-why-hes-suing/.

Michael Peabody is an attorney and founder of Religious Liberty TV. He writes from Los Angeles, California.