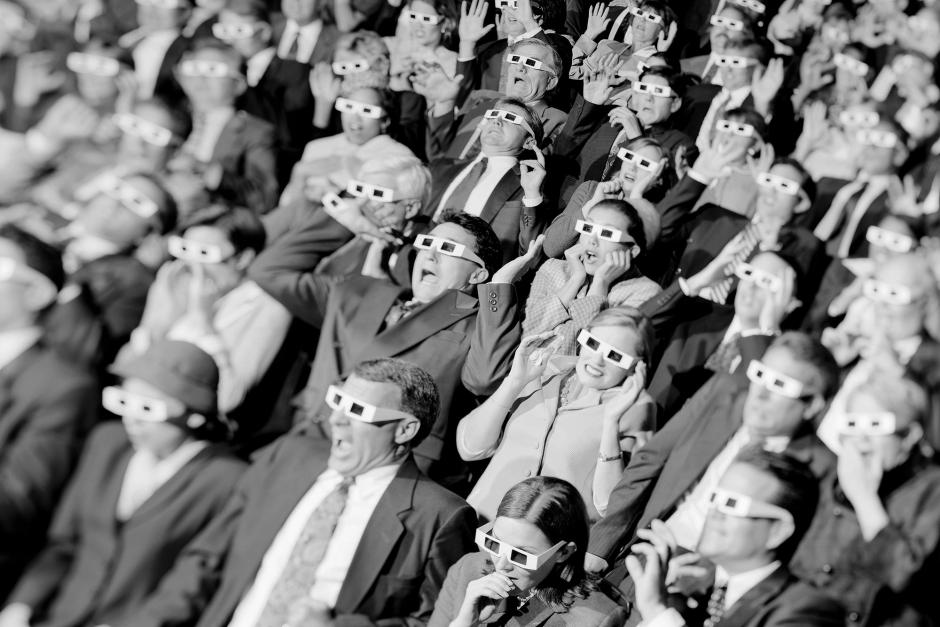 Filters - Lessons from the clerk, the baker, and the memory maker.

On issues of public morality many might identify with the opening words of Charles Dickens’ tome A Tale of Two Cities. They look around at what’s happening in society, in the government, and in their community during the past decade and say with a sigh, “It was the best of times, it was the worst of times.”

Recently three hardworking, Bible-believing individuals rode the crest of several highly publicized waves that crashed over North America. In 2015 a Kentucky county clerk, Kim Davis, spent five nights in jail before eventually obeying orders to issue marriage licenses to same-sex couples. Aaron Klein, co-owner of the now-closed Sweet Cakes by Melissa shop in Gresham, Oregon, paid out more than $135,000 in damages to the lesbian couple for whom he and his wife refused to bake a wedding cake in 2013. Earlier this year Montreal photographer Mike Cernatola just said no to a request to capture a gay couple’s nuptials with his camera.

What these three individuals had in common was a deep-seated sense of right and wrong based on their religious beliefs. On the surface, their actions seem admirable. The same can be said about the love-struck couples. They firmly believed that what they were requesting was perfectly in line with where modern society has been moving and safely within governmental guidelines solidified by the Supreme Court of this country in 2015.

But, as Yogi Berra famously said: “It ain’t over till it’s over.” Whether the flag of your heart is emblazoned with a cross or a rainbow, one thing is for certain. There’s a storm brewing. Like most storms, this one will likely prove to be unpredictable and very damaging. Activists on both sides of the LGBT issue are digging in to face the coming tempest. But the confrontation really isn’t necessary, because both sides are in the right. How we as a society, same-sex advocates, or Christians weather the storm depends on which filter we’re using to view the developing gale.

When our Founders huddled together to create a new nation, homosexuality wasn’t an issue. But discrimination was. It was important to them that this new society wasn’t anything like Europe, where religious persecution was the norm and had been for centuries. In the Old Country people were judged, not by the content of their character, but by their station in life and how they worshipped God.

Here, in these new “united” states, there’d be none of that. People were people. As long as your skin color wasn’t on the really dark side, you were free to be you. Even that irregularity was smudged out after an army of well-armed advocates of freedom overcame those who wanted to hold on tight to the old ways.

So strong was the desire to protect diversity and freedom of choice in this country that America’s backbone—its Constitution—received its First Amendment 14 years after the original document was signed into law. Recognizing that religion was personal, not civil, these words were added: “Congress shall make no law respecting an establishment of religion, or prohibiting the free exercise thereof.”

The filter through which those lawmakers were viewing the world highlighted a person’s humanity. Being human assured you of certain unalienable rights—self-evident truths with which the government didn’t mess. Things like life, liberty, and the pursuit of happiness were gifts that America bestowed on those who called this country home. As long as an individual kept the civil laws of the land, he or she was good to go. Again, it took awhile for that concept to sink in, especially in the Southern states, but eventually it went national.

During the past couple generations the LGBT community has been looking around and wondering why they weren’t being gifted like everyone else. They’ve had to seek life, liberty, and the pursuit of happiness tucked away in dark, emotional closets. Only during the past 30 years have they been forced to state their case and plead for acceptance as AIDS eroded their numbers.

What they discovered outside of the closet was a society looking back at them, not through a civil filter, but through a religious one. This proudly worn filter wasn’t about to accept who they were, because they didn’t conform to the guidelines set in place by Bibles read and sermons preached. Being gay simply wasn’t part of the Christian construct for society.

Religion added one more potentially lethal element to the rejection of those who didn’t meet the standard. Moral outrage. Gays weren’t just odd. They were wrong.

Through the religion filter our world became clearly divided between us and them, saint and sinner, God’s people and “the other.” This view also ushered in a perceived responsibly to act as judge and jury to anyone not within the church fold. Gays were relegated to spend their distasteful existence out of sight and out of mind. It was the closet or nothing!

This was the filter worn by county clerk Davis, baker Klein, and photographer Cernatola when they came face to face with people from the “other” side. These well-meaning Christians felt that if they professionally participated in the upcoming nuptials, they’d be guilty by association. Sinners, they reasoned, are on their own. If a Bible-believing Christian added to the happiness of their wedding day, it would be interpreted as acceptance of their certain brand of love. All three chose not to go there.

However, from the standpoint of the gay couples requesting the aid that these three individuals offered to the world at large, they felt they were completely within their rights as human beings to expect service with a smile. Their civil filter gave no hint of trouble because, in its worldview, nothing was amiss. Life, liberty, and the pursuit of happiness fit perfectly with their simple “I’d like for you to license, bake for, photograph our special day.”

This brings us back to our anti-discriminating Founders. Their intent was to create a world, not structured by a particular faith, but accepting of all faiths—or even lack thereof. Their carefully constructed civil filter saw Catholics, Protestants, agnostics, and atheists as equal partners in the building of a nation. All were free to worship or not worship as their conscience guided. It’s no secret that the overarching reason gays are considered societal outcasts is that the religion filter, worn by a sizable chunk of the population, identifies them as such.

“Wait a minute,” you say. “Doesn’t the Bible classify homosexuals as sinners?” Yes. It also classifies each and every one of us as sinners. “For all have sinned, and come short of the glory of God” (Romans 3:23).

“But isn’t this a Christian nation?” No. It’s not. It’s a nation in which Christians can enjoy the freedom to worship and obey God as their hearts dictate. It’s a nation in which you’re totally free to view the world through your own, personal religion filter. However, the moment a civil servant or taxpaying businessman or woman offers his or her services to society—that eclectic mixture of many backgrounds, faiths, and preferences—that filter needs to be replaced with one more in line with the worldview of the Founders who created this nation in the first place. That would be the civil filter that considers equality and nondiscrimination as the norm and insists that everyone stands on equal footing.

That said, religion does point in the direction of a third, often overlooked way to view society in general and gays in particular. As far as I can tell, this powerful filter has been worn consistently by only one Man, and His journey through life didn’t end well.

Jesus Christ grew up in a society steeped in rebellion and driven by a deep-seated hatred of those not “chosen” of God. If you weren’t a Jew, you were nobody. Even becoming a Jew required that a person be emotionally and spiritually “born again” into that elite people group.

While Christ accepted the demands of His nation’s civil filter at all times, unashamedly proclaiming that we should “render to Caesar the things that are Caesar’s, and to God the things that are God’s” (Mark 12:17), He also kept a distinctive type of Spirit-based filter snugly in place. While He was faithful to His beliefs and to His Father God, His particular filter went far beyond the traditional teaching of the church of His time. He saw people—including sinners—in a way unpracticed by most if not all of the saints who occupied the pews beside Him at the synagogue or who ran the church of His day. This “God filter” was totally unique in its worldview. “The Lord does not look at the things people look at. People look at the outward appearance, but the Lord looks at the heart” (1 Samuel 16:7, NIV).*

In Christ we discover a filter that transcends all others. By studying His life, we have the opportunity to gain a vision of how He wants us to look upon those not like us—those with different skin colors, different beliefs, different sexual preferences. If God is to be believed, this filter does not give us an excuse to judge. But it does give us an opportunity to serve.

Jesus demonstrated the proper use of this filter on at least three occasions. When a woman was dropped at His feet who’d been caught in the very act of adultery, her accusers wanted her stoned. After sending her pious prosecutors away by reminding them that their lives weren’t exactly exemplary, Christ tenderly told the frightened woman that His job wasn’t to judge or condemn, but simply to suggest that she might want to change the course of her life (John 8).

Tax-collecting, bribe-taking, money-swindling, and national disgrace Zacchaeus, balancing on the limb of a sycamore tree, found himself invited to his own home for dinner by the very Man his nation had hoped would defeat the Roman oppressors. His life was altered forever when someone used the God filter to view his past and potential (Luke 19).

And the thief hanging on a cross beside the dying Christ was promised eternal life by the only One who ever looked at him and saw more than meets the eye (Luke 23).

When we view the world through the God filter, we keep the laws of the land and serve all citizens of that land. Our faith isn’t defined by our rejection of others, but in the service we willingly provide. It might be in the form of a professionally prepared marriage license, a carefully baked wedding cake, or a skillfully photographed event that is outside of our comfort zone. In our service we have an opportunity to tell those not like us that we love those things about them that God loves. And, for that moment, we can touch a life with the same tenderness Heaven bestows upon us all.