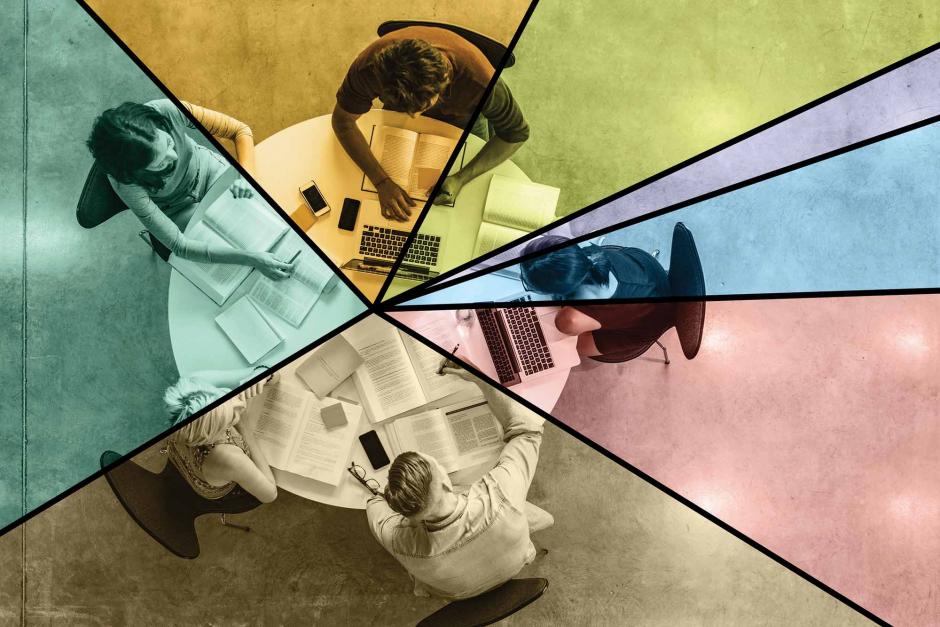 How do gender and sexual minority students really fare at Christian colleges and universities? This is a key question in Hunter v. U.S. Department of Education, a legal challenge to the religious exemption to Title IX’s provisions forbidding colleges to discriminate on the basis of sexuality and gender. The Religious Exemption Accountability Project (REAP), an advocacy group on behalf of LGBTQ+ students, has filed the suit against the Department of Education in which it claims the religious exemption is both harmful to LGBTQ+ students and unconstitutional. There is good evidence, however, that gender and sexual minority students actually face quite similar challenges at secular institutions. Thus, to single out religious colleges for criticism is unfair, discriminatory, and a threat to both their religious identity and religious liberty.

The plaintiffs, a group of 33 students from 25 different Christian colleges and universities, allege that LGBTQ+ students at such colleges “experience abuses and unsafe conditions” and report “higher rates of harassment, bullying, depression, anxiety, eating disorders, alcohol abuse and sexual and physical violence than their heterosexual and cisgender peers.”

Plaintiffs cite no evidence to support their allegations, but likely have in mind a non-peer-reviewed survey commissioned by REAP, the organization sponsoring their lawsuit. REAP partnered with College Pulse, a nonacademic, commercial survey business run by students or recent graduates of Dartmouth University.1 There is no indication in the REAP report or the College Pulse website as to who actually created the survey and designed its questions, and whether any counseling professionals were involved.

Given its partisan genesis, unknown design authors, and non-peer-reviewed status, there are many reasons to question the validity and results of the REAP study. But even if its findings are taken at face value, many of them undermine and refute the very claims the plaintiffs bring in this case. Plaintiffs counsel’s own numbers, when compared with the results of scholarly studies carried out by professional researchers at major academic institutions, show that LGBTQ+ students face very similar challenges at secular universities as they do at religious ones. Indeed, in some important categories, LGBTQ+ persons at religious colleges actually appear to do better than at secular universities.

These conclusions are revealed in seven national studies of public college campuses, conducted in 2016 and 2017, that were analyzed in the aggregate by researchers at Rutgers University, in collaboration with colleagues at Indiana University, the University of Minnesota, and UCLA.2 A full comparison of these two reports is not practicable in this context, but a fair overview assessment would be that LGBTQ+ students do measurably worse than their heterosexual/cisgender peers at both religious and secular/public colleges. The studies show that LGBTQ+ students at Christian colleges share more common experiences with their counterparts at secular/public institutions than has been suggested. Indeed, in some important respects, LGBTQ+ students appear to do somewhat better at religious colleges than they do at their secular, public counterparts.

There can be no absolute comparisons across the REAP report and the Rutgers study, as the research questions are not identical. But there are questions that are similar enough to allow some meaningful comparisons. For instance, the REAP report highlights the fact that “four in 10 sexual or gender minority students” are “uncomfortable with their sexual identity on campus” at religious colleges (REAP, p. 7). But the Rutgers report indicates that five in 10 queer-spectrum students and seven in 10 trans-spectrum students do not feel “respected” on their secular, public campus (Rutgers, pp. 14, 15).

The reported numbers for depression and suicidal thoughts among sexual minority students is almost identical between the two settings. The figures at Christian colleges are 60 percent (depression) and 20 percent (suicidal thoughts), and at secular colleges about 60 percent (depression) and 23.5 percent (suicidal thoughts) during the past 12 months (REAP, p. 13; Rutgers, p. 23). The similarity of these numbers is actually surprising, given that the REAP figures were obtained during the pandemic, where levels of anxiety and depression have been considerably higher than when the Rutgers numbers were obtained in 2016 and 2017.

Once the larger picture is seen, it becomes apparent that our society as a whole has not learned to adequately support and care for our LGBTQ+ friends, students, sons, and daughters. The Rutgers study reveals that the self-rated emotional health for incoming freshman at public universities already revealed huge disparities. Sexual minority students were half as likely as straight students to rate themselves as above average in mental health (23 to 48 percent), and more than three times as likely to rate themselves as below average (13.4 to 42.8 percent) (Rutgers, p. 20). The situation became even bleaker for certain subsets of LGBTQ+ persons, such as transgender, where only 14 percent viewed themselves as above average, and 57 percent as below average in emotional health. It would seem that sexual and gender minority students come to campuses, whether religious or secular, with a number of existing constraints that make their transition to a more challenging academic and social environment more difficult.

It is concerning at every level of education that LGBTQ+ students are being inadequately served and supported, and this includes primary and secondary schools, as well as colleges and universities, whether they be public/secular or religious. All schools have a lot to learn in better caring for our LGBTQ+ community, and the Christian college community continues to study how best to do this.

But it is problematic and discriminatory, in light of the above statistics, to accuse religious colleges of being the primary contributor to the challenges faced by this community. The reality is that both religious and secular campuses are struggling to support their LGBTQ+ communities adequately. As we have seen, however, there is reason to believe that at least some religious colleges and universities are providing a somewhat more welcoming community environment than their secular counterparts. To single out religious campuses for special criticism and punishment is itself unfair and discriminatory, the very kind of religious discrimination that both Title IX and the First Amendment to the U.S. Constitution were designed to protect against.