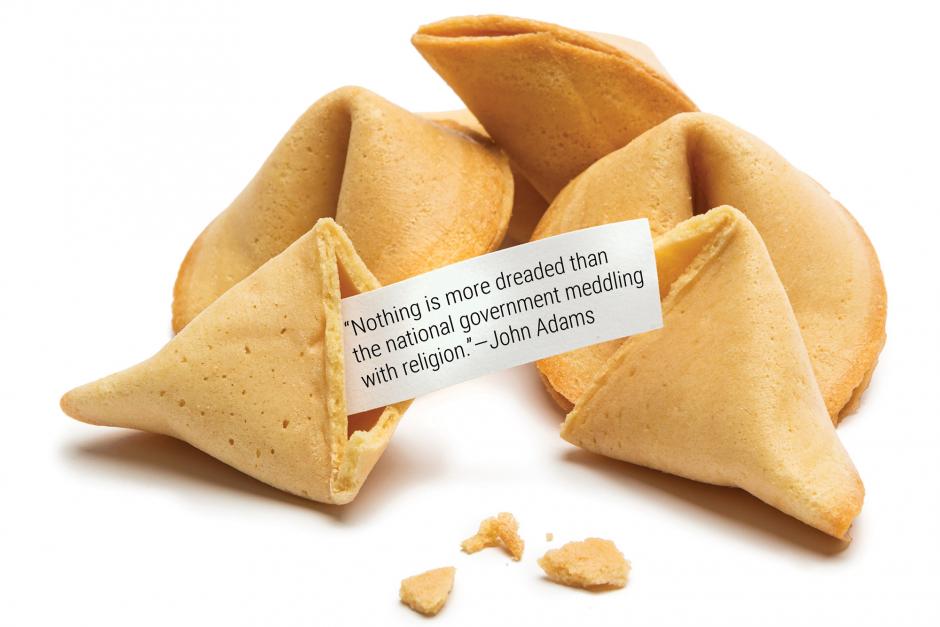 From its inception in 1906, Liberty magazine has been vigilant in the cause of religious freedom, and it continues to be a leading voice on the topic. For more than 110 years we have sought new ways of communicating the principles of religious liberty.

While exhibiting at a recent church ministries convention in sunny Tucson, Arizona, the Liberty staff added something new to our regular promotional items. Visitors to our booth were given a liberty-themed cookie—basically, a fortune cookie containing a religious liberty quote. We thought it would be a fun and unique way to promote religious freedom. The cookies served as a conversation starter and were a symbol of the sweetness and good fortune that religious liberty brings. History continues to show us that in places where religious freedom is nonexistent, intolerance and persecution result.

People enjoyed reading the quotes and sharing their thoughts about them. One of the quotes was by Roger Williams—a champion of religious liberty in colonial America—who said, “Men’s consciences ought in no sort to be violated, urged, or constrained.”1 After a woman read these words, she excitedly told us that she and a colleague had recently discussed the idea that a person should never be compelled to go against conscience. She stated further that her colleague planned to preach a sermon on that topic.

Words of wisdom from Founder John Adams: “Nothing is more dreaded than the national government meddling with religion.”2 When a gentleman was asked what those words meant to him, he expressed that church and state must be kept separate to ensure that one religion isn’t favored over another and that religious groups will not be beholden to the government.

James Madison, another Founder, gave us this gem: “Conscience is the most sacred of all property.”3 A minister friend offered that “This idea strikes at a person’s gut feeling—how they’re impacted when they first hear it.” He went on to say that conscience is our moral compass and that it should never be trampled upon or ignored.

These quotes and others in the “fortune cookies” remind us that every human being has the right to religious freedom. That’s why we must promote it and fight for those around the world who have not tasted the sweetness of this treasured ideal. It’s not a matter of chance, and it certainly doesn’t come from a piece of paper in a cookie. But where religious liberty exists, people are able to worship according to the dictates of their own consciences. And that is indeed good fortune!

Lori Bryan is the administrative assistant for Liberty Magazine.