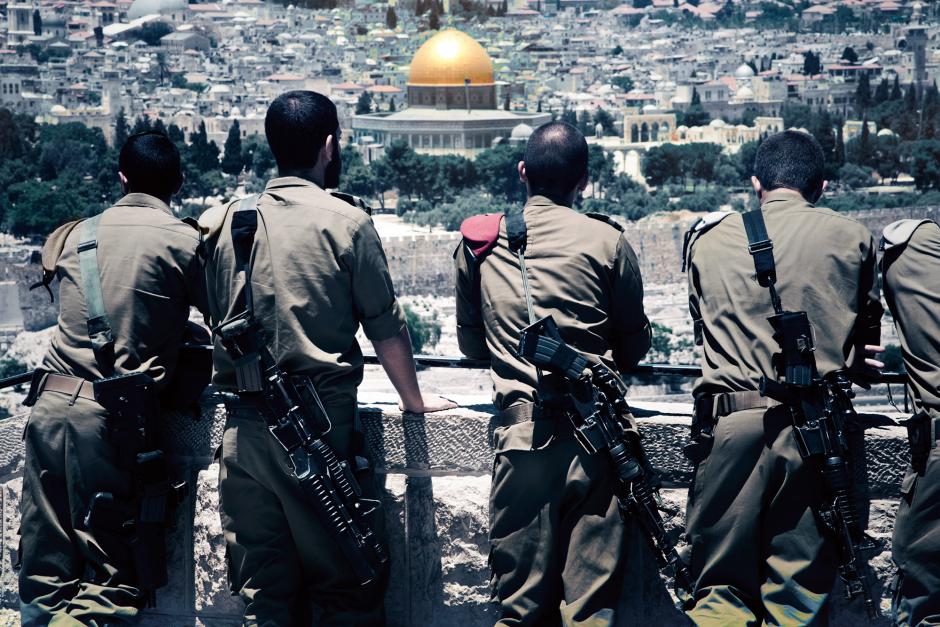 In the hostile atmosphere of Israel/Palestine, liberty and tolerance are losers all around, and religion is part of the unpleasant mix. Let us begin with the Palestinian scene. We have, in effect, two Palestines: Gaza and the West Bank; and the ruling faction of each wants to represent both. To understand more of their mutual hostility, it is necessary to remember the 2006 legislative elections won by the Hamas group. President Mahmoud Abbas, of the Fatah group, Hamas’ opposition, refused to relinquish power to Hamas. Hamas then seized power in Gaza, leaving Fatah in control of the West Bank. Since then, each party in power has engaged in imprisoning and mistreating opponents from the other faction.

While the voters did favor Hamas over Fatah, political observers have widely viewed that choice as a reaction to corruption in Fatah. However, Hamas’ ideology is openly anti-Semitic, not just anti-Israel. The fact of Palestinians giving their votes to such a movement indicates, at the very least, an openness to acceptance of such bigotry.

Among the nonsense put forth by Hamas is the tying of Jews to the French and Russian revolutions, Freemasonry, and the Protocols of the Elders of Zion. That work is a forgery concocted by the tsarist secret police, purporting to be an account of a Jewish conspiracy to take over the world. While the hoax has been thoroughly exposed, with plagiarized sources fully documented, it reappears from time to time. Adolf Hitler and the Nazis used it, for example.

So what is happening now in Gaza? Hamas is imposing its brand of rigid, ideologically ultra-conservative Islam. It has legislated to eliminate all “non-Islamic” schools and to require segregation of the sexes in schools beginning at age 10. A Hamas official recently ordered a Catholic to remove his cross. Hamas is dictating what women can wear and do. For example, no jeans, no riding on the backs of motorcycles, mixed gatherings are frowned upon. Unfortunately, Hamas is linked historically and ideologically to the Muslim Brotherhood.

There are yet more extreme religious elements in Gaza—forcing closure of music shops and making life generally unpleasant for Christians and some other minorities. For example, mobs there recently burned down a Christian bookstore.

In the West Bank, under Fatah, religious tolerance is much more evident. Christians are active even within government and opposition, though their portion of the population is in decline. Fatah has also chosen a Jew, Uri Davis, to be a member of its Revolutionary Council. (On his marriage to a Muslim woman, Uri converted to Islam.) Another Jew, Ilan Halevy, was a long-time member of the Palestine Liberation Organization. At the time of his death he was honored by Abbas. Neither of these things could be imagined under Hamas in Gaza.

On the other hand, there are limits to toleration in the West Bank. Sharia is acknowledged as a source of law. Ahmadis, a dissident sect of Islam, are viewed by their more heterodox coreligionists as apostates, and some of their marriages have been annulled. Walid Husayin went beyond the bounds when he was caught blogging atheism and attacking Mohammed, accusing him of being a sex maniac. He was taken into custody and held without charge. Eventually he was able to make his way to France and to freedom. Many Muslims said he should have been killed, and had he been in Gaza he most likely would have been.

The West Bank also has its Muslim extremists, who have attacked Christian villages. As well, Jewish fanatics, a small minority of settlers in the West Bank, seeking to clear all non-Jews from the Holy Land, are actively engaged in attacking Muslims, destroying their crops, and harassing their children.

In the West Bank, and more so in Gaza, freedom of expression and opposition are constrained. Journalists are harassed, and demonstrations severely limited, if not harshly suppressed.

Israel is a much more open society, and as a result its flaws are more visible. There one finds widespread prejudice and discrimination against Palestinians, with a small minority resorting to vandalism and violence. A 2012 poll by Dialog, a survey company, found that a third of Israelis would ban Palestinians in Israel from voting in national elections. As well, 59 percent favored giving preference to Jews in public sector hiring. More than 40 percent wanted separate schools and housing.

Such widespread prejudice provides the ground from which violent acts can blossom. Back on February 25, 1994, Baruch Goldstein, a doctor in the Israeli military, entered a mosque in Hebron during prayer and opened fire with an automatic weapon, killing 29 and wounding 125 before he was overwhelmed and killed. Of course officials and the overwhelming majority of Israelis reacted with horror and denounced the atrocity. Yet, at his funeral, Rabbi Israel Ariel called him a “holy martyr,” and Rabbis Dov Libor and Yitzhak Ginsburg called him a saint. His tomb is a place of pilgrimage for like-minded extremists.

Consider the reaction to a similar atrocity in the United States. Wade Michael Page armed himself and attacked a gurdwara in Wisconsin in 2012, killing six Sikhs before being wounded by police. He then committed suicide. His grave is not a shrine. No clergy of any faith call him a saint or a martyr.

Housing is a major problem for Palestinians. Almost all land in Israel is owned either by the state or by the Jewish National Fund, which is dedicated to serving only Jews. As well, because they are hampered by authorities when seeking building permits, much Palestinian construction is done without. These houses are in danger of being demolished by the authorities. Ownership of houses is also an issue in some cases. In Jerusalem some Palestinians have been evicted because it is alleged that the house they were in had been occupied by Jews before they were driven out in 1948. At the same time, Jewish residents of property of Palestinians driven out during past hostilities are not treated similarly. More openly discriminatory, a large number of rabbis issued a decree forbidding, under threat of ostracism, the sale or rental of housing or other real estate to non-Jews. In another example of housing discrimination, the government adopted a law permitting local communities to screen would-be newcomers for cultural fit. You can guess who would not fit.

Most Israeli Palestinians are Muslim, and mosques are the object of attacks. Some are marked with graffiti or burnt. Korans and other religious literature have also been burned. Christians have also been the object of hostility, with churches also covered with graffiti or burned. There have been cases of clergy walking in Jerusalem being spat upon by children and young adults.

The most serious religious persecution in Israel is reserved for Messianic Jews, those who accept Christ but still claim to be Jews. The fact that their ideology is consistent with that of the settlers in wanting a Greater Israel does not save them from harassment. Ultra-Orthodox Jews interrupt their religious services and hold demonstrations outside their homes. In one instance, a 15-year-old Messianic Jew was injured by a bomb delivered to his house in a Purim basket.

Sadly, in all three of these jurisdictions, there are problems of discrimination and prejudice. Religious extremism and intolerance are factors. And in the two Palestinian territories, these problems are augmented by a general lack of civil liberties.