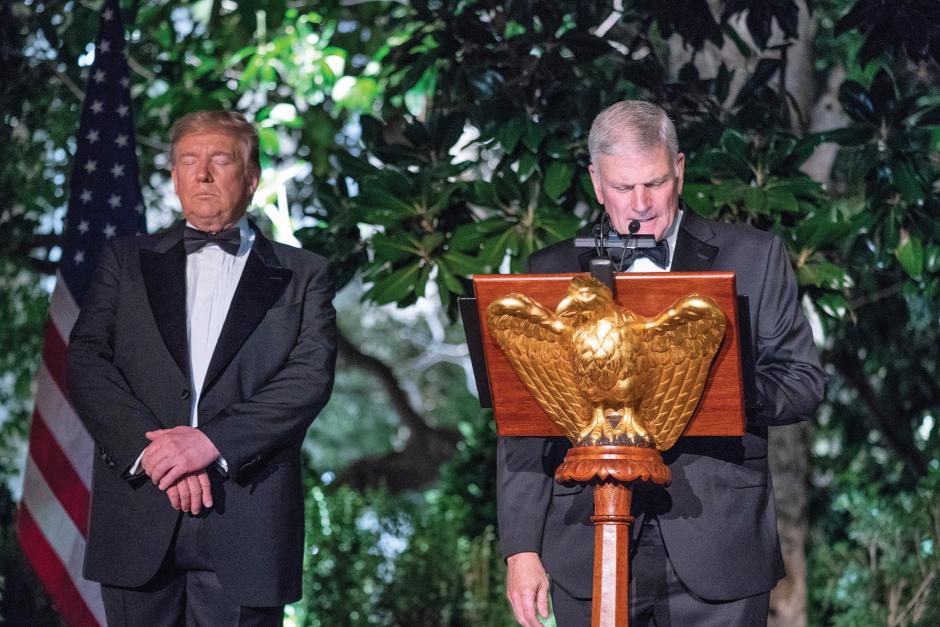 Christianity Today magazine did something last year that its founder, Billy Graham, would have never done. It called for the removal of an American president. In an editorial penned by editor in chief Mark Galli, the magazine said that President Donald Trump should be removed from office, either through the impeachment process or by popular vote in the 2020 election. By issuing this opinion, Christianity Today made itself a persona non grata in the Trump White House. That is something that Billy Graham never managed to do. He received a warm welcome while visiting the White House during every administration from Harry Truman to George W. Bush. Graham earned the nickname of“Pastor to the Presidents,” because every president from Truman to Obama sought out his advice on matters of faith. All of these presidents, regardless of party affiliation, sought out Graham’s spiritual counsel because he adeptly walked the tightrope of partisan politics. In contrast, by calling for Trump’s removal, Christianity Today has fallen off that tightrope and landed squarely on one side: the side that believes that Donald Trump should no longer be president of the United States. There are people who have long suspected that Christianity Today is a liberal-leaning publication, and for them, this editorial can serve as a confirmation of those suspicions.

A Summation of the Editorial

Mark Galli begins his editorial by noting that Christianity Today typically refrains from engaging in partisan politics and encourages Christians to remain cordial while discussing and debating with those who have different opinions. As such, Galli asserts that it is the desire of Christianity Today be inclusive of Christians from across the political spectrum. He then reminds his readers that politics is not the primary focus of the magazine. Galli also notes that politics does not dominate the front page of the publication. However, he declares that it is imperative for Christianity Today to comment on the impeachment of Donald Trump because it is a significant event in American history.

Galli’s editorial then posits that the Democrats have indeed had a vendetta against the president since the day he first took office, and therefore their motives for impeachment can be looked upon with suspicion. But regardless, Galli says the fact is that “President Trump attempted to use his political power to coerce a foreign leader to harass and discredit one of the president’s political opponents, and that is not only a violation of the Constitution; it is profoundly immoral.” Galli then goes on to make further assessments of the president’s morals, or lack thereof.

Further on in the editorial, Galli once again tries to deflect any accusations of political bias by noting that in 1998 Christianity Today called for President Bill Clinton to be removed from office for the very same reasons: unsavory dealings and immoral acts. Galli says that Trump should be held to the same standards of morality that were used to judge Clinton.

President Trump’s response to Mark Galli’s editorial was delivered through the same portal he often uses to respond to his critics and adversaries: Twitter. Trump could have utilized his tweets to rebut Galli’s reasons for why he should be removed from office. Trump could have also used this as an opportunity to further explain how his dealings with Ukraine were actually in the best interests of the United States. But Trump did neither of those things. Instead, he embarked on a smear campaign that sought to diminish Christianity Today’s credibility by questioning the magazine’s popularity as well as its ability to be an impartial source of news and commentary. Trump’s tweets dismissed the publication as being a “Far Left” publication that “has been doing very poorly.” He then proceeded with his insinuation that Christianity Today is a liberally biased journal by suggesting that the magazine “is looking for Elizabeth Warren, Bernie Sanders, or those of the socialist/Communist bent, to guard their religion.” Then, as usual, Trump took the opportunity to toot his own horn, this time in regard to his advocacy of issues that are important to Evangelicals. He boasted that “no president has ever done what I have done for Evangelicals, or religion itself!”

By using Twitter to engage in a character assassination against Christianity Today, Trump essentially corroborated one of Mark Galli’s arguments, which is that the president’s “Twitter feed alone, with its habitual string of mischaracterizations, lies, and slanders, is a near-perfect example of a human being who is morally lost and confused.”

Donald Trump received overwhelming support from Evangelicals in 2016. He has consistently maintained high approval ratings among Evangelicals throughout his presidency. Evangelicals continue to support Trump, despite all the accusations of malfeasance and immorality. Therefore, it was no surprise when Evangelicals expressed disapproval of Christianity Today’s editorial. Days after the editorial was published, several prominent Evangelicals wrote a letter to Timothy Dalrymple, the president of Christianity Today. The signatories of this letter include Jerry Falwell, Jr., the president of Liberty University; Tony Perkins, the president of the Family Research Council; and Ralph Reed, the president of the Faith and Freedom Coalition. The letter says that it finds the Christianity Today editorial to be offensive because it suggests that Evangelicals lack the ability to accurately define and determine what is moral. This letter also notes that Trump consistently seeks out the advice of “Bible-believing Christians,” and he advocates for policies that benefit them—things such as protecting the unborn, promoting religious freedom, reforming the criminal justice system, and support for Israel.

The editorial would indeed seem an egregious detour into political partisanship, matched only by the partisanship of the religious claque it offended. All of it speaks volumes on forgetfulness. Forgetful of Jesus’ assertion to Pilate that His kingdom is not of this world. Forgetful too of the close association between godliness and the Christian’s role in bringing healing to a damaged world. And certainly a great forgetfulness of the Constitution, which makes religion a personal matter of conscience and not in the state’s purview. On the face of it, the editorial might seem as prophetic as John the Baptist’s denunciation of Herod. But there is a confusion of moral indignation and political agenda--on both sides. What a sorry pass politically oriented Christian activists have come to! The problem is not directly Trump or any other talisman of power, but the “one foot in sea, and one on shore” (to quote Shakespeare) approach, which is not progressive, but headed for the medieval ditch of church-state abuse.