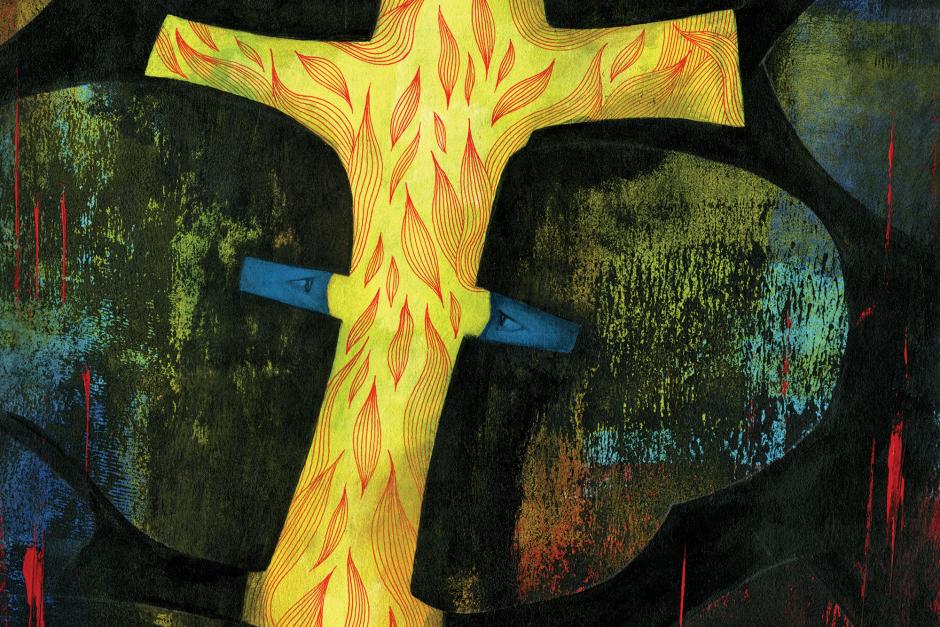 The late novelist Gore Vidal spoke of America once as “the United States of Amnesia.” This condition was highlighted all too painfully by the response of many conservative Christians to a remark made by President Obama during the National Prayer Breakfast on February 5, 2015.

Specifically, President Obama’s address noted that while decent men and women everywhere must deplore the horrific cruelties committed by Islamic militants such as ISIS, Americans and other Westerners shouldn’t mount a “high horse” of piety and forget that “during the Crusades and the Inquisition, people committed terrible deeds in the name of Christ.”1 He went on to note similar misdeeds committed by professed Christians in defense of American slavery and the later Jim Crow segregation laws.2

Christian conservatives and their political allies pounced at once. “‘The president’s comments this morning at the prayer breakfast are the most offensive I’ve ever heard a president make in my lifetime,’ said former Virginia governor Jim Gilmore (R). ‘He has offended every believing Christian in the United States. This goes further to the point that Mr. Obama does not believe in America or the values we all share.’”3

Russell Moore, president of the Southern Baptist Ethics and Religious Liberty Commission, called Obama’s comments “an unfortunate attempt at a wrongheaded moral comparison.”4 Louisiana governor Bobby Jindal was reported on the February 8, 2015, broadcast of ABC’s This Week With George Stephanopoulos as saying to President Obama, “The medieval Christian threat is under control. It’s radical Islam that requires our attention.”

The extent to which past Christian intolerance may be “under control” or not may be arguable, but the record of history—recent as well as distant—remains beyond dispute. As a lifelong student of both religious and secular history, and a lifelong devout Protestant who still holds the Reformation to have been the right idea, I find myself deeply appalled by these conservative Christians’ reactions to President Obama’s statement. What they reveal is a shocking ignorance of church history, especially when one considers the frequent, often mass burnings at the stake of persons condemned as heretics by the Roman  Catholic Church during the medieval and early modern centuries. These public burnings came immediately to my mind when it was reported that ISIS, likely in early January 2015, had burned alive a captured Jordanian pilot.

Is it truly a “wrongheaded moral comparison” to draw a parallel between the burning of heretics in past centuries by the state churches of Europe, and what was done to the Jordanian pilot, along with the other atrocities committed by ISIS and other Islamic militants? Could it be too many Americans aren’t even familiar with such names as John Huss,5 Girolamo Savanorola,6 Louis de Berquin,7 and a host of others whose conscientious resistance to church teachings and corruption resulted in martyrdom every bit as cruel as anything done by ISIS?

President Obama’s mention of the Crusades caused some journalists to write as if these initiatives were directed exclusively against Muslims.8 Yet why do so few remember the crusade against the Christian Albigenses in 1208, initiated by the most powerful of the medieval popes, Innocent III?9 And how many remember the crusades of Roman Catholic monarchs against the followers of John Huss in Bohemia, which began in 1419 and lasted approximately 15 years?10 Or the bloody Saint Bartholomew’s Day Massacre of August 24, 1572, in which tens of thousands of French Protestants were slaughtered in the streets and in their homes throughout the country?11 It is estimated by historians that as many as 2 to 4 million were killed during the French Wars of Religion, in which     Catholics and Protestants struggled for national control.12 The crimes committed by modern Islamic terror groups can’t come anywhere near these numbers. And when one surveys the events of medieval and early modern European history these are only the beginning.

One critic of President Obama’s statement insisted that “the Inquisition was benign compared to Boko Haram, al-Qaida, Islamic State, the Taliban, Hamas, and the other Islamic terror organizations,”13 and denounced the president’s moral comparison as “idiocy.”14 Only someone pathetically unaware of the historical record could utter such statements.

Historian Will Durant writes, regarding the medieval persecution of Christian dissidents by the established church of that time: “Compared with the persecution of heresy in Europe from 1227 to 1492, the persecution of Christians by Romans in the first three centuries after Christ was a mild and humane procedure. Making every allowance required by an historian and permitted to a Christian, we must rank the Inquisition, along with the wars and persecutions of our time, as among the darkest blots on the record of mankind, revealing a ferocity unknown in any beast.”15

Describing the persecution of French Protestants (Huguenots) during the reign of King Louis XIV, the same author writes: “This holy terror of 1685 . . .was far worse than the Revolutionary terror of 1793,”16 I daresay far fewer Americans remember this “holy” terror perpetrated by professed Christians than remember the atheistic terror of a century later, despite the historian’s observation that the former was “far worse” than the latter.

Turning to the history of our own land, it is astounding how anyone could escape the moral equivalency between contemporary Islamic terror and the torture, rape, mutilation, and murder of antebellum slavery and post-Civil War segregation—all of which was defended by certain ones on the basis of allegedly “Christian” principles. Though, speaking as a biblical theologian, one must blanch at the exegetical absurdities needed to support such statements as that of Confederate president Jefferson Davis, who insisted Negro slavery was “ordained by God,”17 it remains incontrovertible that these American crimes against humanity were justified by purportedly Christian beliefs.

The Unchanged Rationale for Persecution

Some will immediately remind us that the late Pope John Paul II apologized for the atrocities committed by his church through the Inquisition and similar means during its years of European supremacy.18 But unfortunately, the theological and philosophical rationale that undergirded these brutalities remains little changed.

In a recent Catechism of the Catholic Church, published in 1994, it is stated that “the right to religious liberty is neither a moral license to adhere to error, nor a supposed right to error.”19 Some years later, when the same pope issued his encyclical promoting the sacredness of Sunday and civil legislation as one means of establishing it, he declared that one who violates the sanctity of Sunday should be “punished as a heretic.”20 The late Malachi Martin, in his expansive defense of John Paul’s agenda, contrasted the late pope’s vision of humanity’s future with that of the “Minimalists”—those Martin describes as standing for liberty of conscience as opposed to the teachings of the church: “Every person [according to the Minimalists] must literally be assured the right to choose Hell over Heaven. That obligation carried to that extreme not only sets the Minimalists apart from John Paul; it sets them against him, as well.

“It sets them apart from the Holy Father, because democratic principles cannot take precedence over divine revelation. . . . It is axiomatic for John Paul that no one has the right—democratic or otherwise—to a moral wrong.”21

Quite clearly this is not simply referring to the church’s right to uphold and maintain its convictions for those choosing to be part of its fellowship—a right every religious organization should be permitted. Rather, the above statement denies the right to what is defined as “wrong” by the church even in the setting of civil democracy, beyond the borders of the Catholic community. The Dignitatus Humanae document, which came out of Vatican 2, does take a more open view of individual spirituality; but it has come under question by many Catholics who have noted that the two previous popes were in an increasing rush to roll back the reforms of that council.

This rationale for civil intolerance on the part of the Roman Catholic Church helps explain a number of recent incidents in the United States involving political variance from church teachings on the part of Catholic politicians. The late New York governor Mario Cuomo, for example, was threatened with excommunication by the late Cardinal John O’Connor because of Cuomo’s belief that the church’s opposition to abortion shouldn’t be enforced by civil law.22 Similar threats were issued during the 2004 U.S. presidential campaign regarding Roman Catholic John Kerry, when a prominent bishop declared that there was “only one way for a faithful Catholic to vote” in that election, and that was for the incumbent president, George W. Bush, and against Senator (now secretary of state) Kerry.23

Once again, it is important to consider what the issue in these recent clashes was, and was not. This was not about churches enforcing discipline on members regarding their adherence to their official teachings, as both Cuomo and Kerry were clear that they supported the church’s opposition to the practice of abortion. What they did not support, however, was the church’s quest to enforce this and other teachings through the coercive power of the state. It was for this cause that these public servants braved ecclesiastical condemnation.

The words of George Santayana remain as relevant now as ever: “Those who do not remember the past are condemned to repeat it.” President Obama’s reference to past Christian atrocities—American and otherwise—after he had decried present acts of Islamic terror offered a most instructive, and embarrassing, moment for a culture whose ignorance of history is often chronic. The basic premises justifying theocratic intolerance administered through civil government remain a part of official Roman Catholic teachings, and professed Protestants exhibit either abysmal ignorance or moral bankruptcy—perhaps both—when historical and moral analogies of indisputable truthfulness are laid before them.