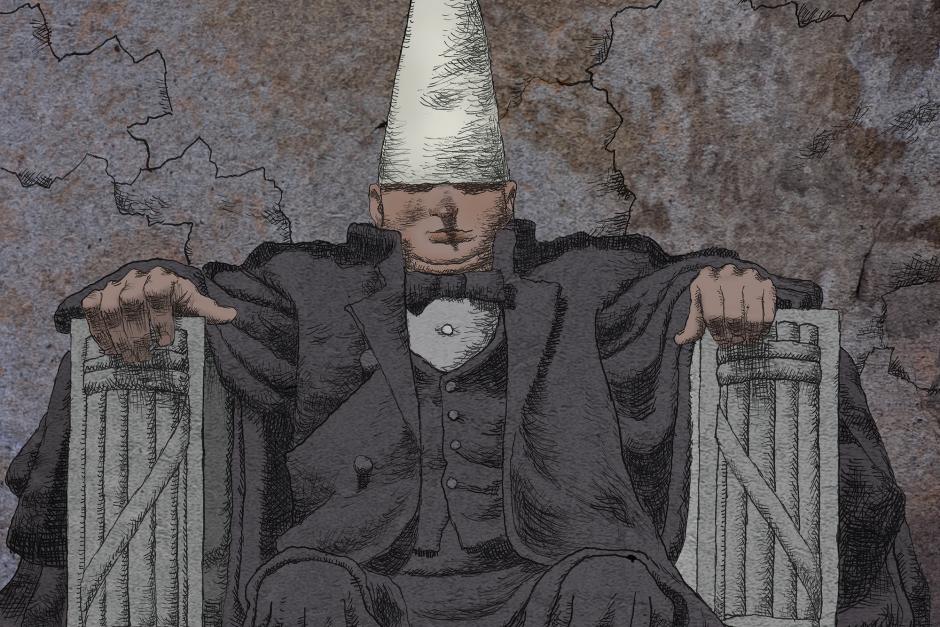 Is America: The Anti-Intellectual Empire?

Let us ask a serious question at a time of utmost seriousness: How could a mature and serious nation–notwithstanding the major issues of immigration, race, anger at the elites and corrupt establishment, fear of change, be reduced to electing leaders with a lack of, shall we say, social decorum, boorish attitude to other countries, and a lack of historical knowledge? This question should not be puzzling, but it is to many. In fact, the basic problem is the following: anti-intellectualism is a cancer that has been eating the American body politic for a long time, and now the harvest is too much to digest for some here and abroad.

The progression is sobering: anti-intellectualism breeds political apathy and illiteracy, which in turn produce incompetent and dangerous political leadership.

Consider this quote from Bertolt Brecht, a German poet and playwright. “The worst illiterate is the political illiterate. He hears nothing, sees nothing, and takes no part in political life. He doesn’t seem to know that the cost of living, the price of beans, of flour, of rent, of medicines, all depend on political decisions. He even prides himself on his political ignorance, sticks out his chest and says he hates politics. He doesn’t know, the imbecile, that from his political nonparticipation comes the prostitute, the abandoned child, the robber and, worst of all, corrupt officials.”

Anti-intellectualism produces a low level of civic literacy and civic engagement by an increasingly apathetic citizenry. These things feed on each other; resulting in either tyranny or demagogic political leadership on the way to fascism.

Relatively way back in 2005, the Knight Foundation commissioned one of the largest studies–a two-year, million-dollar research project. Summing up the results, then president Hodding Carter III said: “These results are not only disturbing; they are dangerous.”

Here are some striking points from various studies in America regarding lack of civic knowledge and basic facts about political affairs:

-Sixty-four percent of Americans can’t name the three branches of government or describe what they do.

-Most of Americans don’t know which party controls Congress at any given time.

-Half can’t meaningfully describe the difference between liberals and conservatives.

-Most can’t name their own members of Congress or their U.S. senators.

-Only a bare majority can name even one basic purpose of the Constitution.

-Fifty percent feel newspapers should not be allowed to publish stories withoutgovernment approval.

-Only 34 percent know that it’s Congress that declares war.

Let us be clear here. Being an intellectual and knowledgeable about civic affairs, politics, history, and literature is not a license to being a special statesman, academic, or successful businessperson. Many intellectuals are useless or, worse, naive. The issue is to what extent does the majority of the electorate have a basic elementary grasp or awareness of the necessary information to base their votes on and contribute as a responsible citizen.

“There is a cult of ignorance in the United States, and there has always been. The strain of anti-intellectualism has been a constant thread winding its way through our political and cultural life, nurtured by the false notion that democracy means that ‘my ignorance is just as good as your knowledge.’ ”

The present regime in Washington is a great example to this era of “alternative facts,” “alternative reality,” “facts are not facts,” neglect of facts, logic, reason, and rationality. This disease of anti-reason, anti-science, anti-elite, anti-expertise, anti-historical knowledge and professionalism is spreading like a plague.

The era of Donald J. Trump is the era of anti-Enlightenment in the full sense of the world. There is an assault on the corners of civilizations that made the present world order function so well, and gave us for the past 70 years or so the best time in human history.

The Enlightenment principles produced the research, the science, the technology of today. By ignoring that, we are burying our heads in the sand or betraying one of the best achievements in human history: the Enlightenment.

Complacency breeds forgetfulness. The lack of civic courses in the educational system and the respect for liberal arts are much to blame for the advance of political illiteracy that produces unfit, unqualified and dangerous leadership. “The Oklahoma Council of Public Affairs commissioned a civic education poll among public school students. A surprising 77 percent didn’t know that George Washington was the first president; couldn’t name Thomas Jefferson as the author of the Declaration of Independence; and only 2.8% of the students actually passed the citizenship test. Along similar lines, the Goldwater Institute of Phoenix did the same survey and only 3.5 percent of students passed the civics test.”

Now, how did we get here? Ant-intellectualism doesn’t grow and develop in a vacuum. In my view, supported by historical evidence, many religious corners played a significant role in catering and protecting the notion that only through faith and revelation and religious texts alone can the world can be known and discovered. This notion annihilates or diminishes the development of science, reading, research, and inquiry.

“Even the Catholic Church sees this not as a theological issue but as a natural law, more a subject for philosophers, psychiatrists, and scientists than for preachers as such. But science is evil in the rightists’ ideology: Scientists invent nonexistent things like evolution and global warming. The ideology also holds that guns are the very essence of government. Regulate guns in any way and we lose justice, liberty and comity, crushed by an instant tyranny. The ideology also insists that women should be subordinate to men, blacks to whites, and experts to ‘common man.’ ”

This ideology of worshipping the common man’s wisdom against professional expertise in specialized fields, and scholarly research and learning, provided the background for the rise ofTrumpism as an ideology replacing the Enlightenment principles that saved and served humanity so well.

In a report that analyzed the key factors for the rise of Trumpism, researchers found these five elements:

First, Authoritarian Personality Syndrome: This factor emphasizes total and complete obedience to authority. It advocates rigid hierarchy and power structure. It instills fear and threatens punishment. The leader is portrayed as a messiah, fearless and infallible.

Second, Social Dominance Orientation; This factor is based on the belief that some groups are more dominant and important and powerful than others. Example: Whites are superior to Blacks, immigrants, and ethnic groups. There is the “we are better than them” syndrome. Divisions are drawn and power structures are advocated.

Third, Prejudice: Here racism and bigotry play a leading role. Calling immigrants from Mexico and South America murderers and undesirables and rapists is one example. Banning Muslims to the United States is another.

Fourth, Intergroup Contact: This refers to contact with other groups beyond one’s group. For example, a 2016 study found that the racial and ethnic isolation of Whites at the zip code level is one of the strongest predictors of Trump support.

Fifth, Relative Deprivation: Here poverty, anger at the rate of change, immigration, social change, and loss of jobs to technology and China and to Mexico are all factors at play.

The common denominator that runs deep into all these factors is anti-intellectualism. Why? Because any citizen who is aware and well read and informed at least at a minimum level on civic education should know that authoritarian tendencies in rulers are a recipe for disaster. They know that social dominance breeds conflict and division; and is in a democracy unhealthy, even destructive, to the social contract that is at the heart of a liberal democracy. They know that prejudice and fear and discrimination are also unbecoming, unwarranted, and are for real losers. They know that interaction among groups in society in this century is a precondition for social peace and prosperity. It is an imperative, as diversity is a modern reality. Immigration and cultural interaction are here to stay and will expand and prosper with or without the negative leadership attitudes we witness these days. They know relative poverty and alienation are never an excuse for electing false prophets and being a victim to fairly-tale story-sellers of any kind.

The common man is truly besieged these days by rapidly accelerating upheaval and constant changes in technology, climates, financial sectors, workplace and immigration threat of cultural up-rootedness and alienation. “As the saying goes,” wrote David Brooks, “everybody is now everywhere. We’re entering into states of interdependence with all sorts of people unlike ourselves. In the course of this, millions of people perceive that they are losing their country, losing their place, losing their culture.”

In such an environment, it would seem easy for demagogues to gain traction and win votes. But if the common man is well prepared and well informed, then the task of deceivers is not easy or doable. Thus, we build the walls of literacy and curiosity to counter the advance of political cheaters and con men and women. Anti-intellectualism is a fertile ground for people who are hungry to gain the power to take societies to places that are unknown to them and that they may regret entering into down the road.

“Conservatives tend to emphasize the value of being rooted in place. Progressives tend to celebrate living across differences. Life is miserable, and a nation is broken, unless you do both.”

Here we go again: back to education and civic courses in high schools, colleges and universities to try to minimize the cancer of anti-intellectualism.