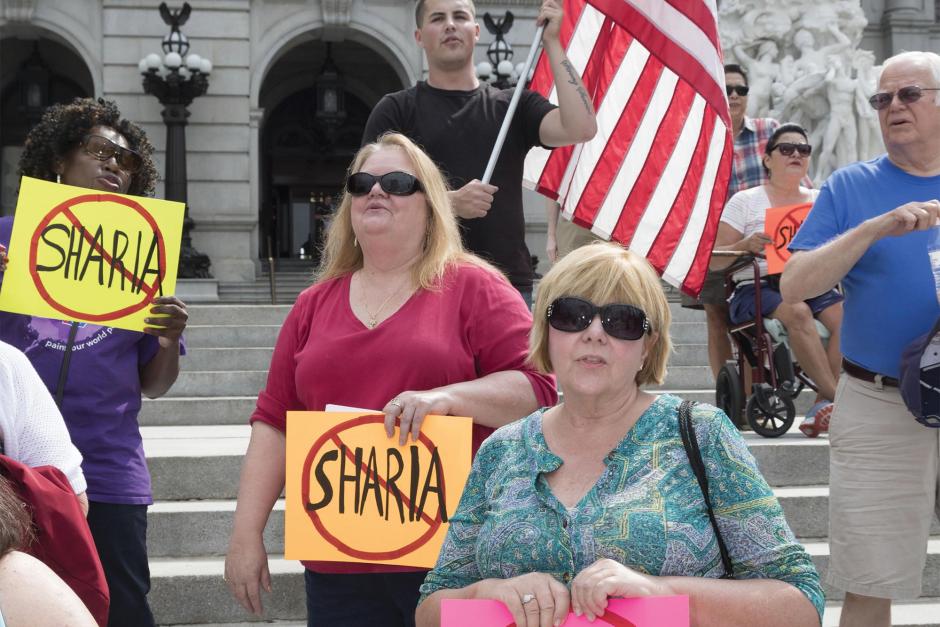 Is Suppression of Religion Justified?

Religion is the common denominator in several of the most infamous acts of terror recently committed on American soil. The suspects in the mass shootings in Orlando and San Bernardino were adherents of a radical ideology that advocates the use of violence as a means to propagate the Islamic faith. Islam’s connection to these atrocities has turned religious liberty into a matter of national security. Many Americans are convinced that Islam is encouraging its followers to engage in terrorist acts, and they want something done about it. Thus, there is growing support for the suppression of Islam in the United States, be it through a restriction on Muslim immigration or by restricting the freedom of Muslims to live and worship in accordance to their faith. However, Christians in America must not cooperate with any attempts to restrict the religious liberty of Muslims or, indeed, of any religious group. Instead, a Christian response to radical Islamic extremism should include outreach and evangelism as mandated by Christ.

An Islamic View of Religious Freedom

The Muslim perspective on religious freedom can be gleaned from the opinions of Sayyid Qutb. Sheikh Qutb was an Egyptian author and theorist whose views were so influential among Muslim extremists that theWashington Post labeled him the “intellectual godfather” of the Muslim Brotherhood.

In Milestones Qutb promotes the idea that Islam is a crusader for religious liberty. He argues that Islam desires for all people to enjoy religious liberty, and jihad is the means by which Islam strives to ensure religious freedom for all. Qutb’s views are based on his belief that God is sovereign and that everyone should be free to serve Him. Qutb sees God as the creator of all things, who desires for all people to have the freedom to worship Him; and religious persecution is the denial of an individual’s inherent right to exalt God. Qutb believes Islam is engaged in a struggle to ensure that everyone has the unrestricted prerogative to affirm the sovereignty of God.

Qutb considers Islam’s divinely directed quest for religious liberty to be a global mission, and not limited to Arab lands. According to Qutb, Islam’s message must not be confined to any geographic or racial boundaries, because God desires to reveal Himself to the entire world through Islam. So God has granted Muslims the right to take the initiative and fight anyone who obstructs their mission. Qutb even suggests that it is the duty of Islam to annihilate any nation or society that impedes its efforts to ensure all people the right to worship God.

Qutb believes Islam should have the freedom to fulfill its mission, but he does not extend the same freedom to other religions. His reasoning is that Islam is different from other religions; it is based on the sovereignty of God, whereas other religions are human-made concepts that allow one individual to have authority over others. Thus, Qutb sees Islam as releasing people from the oppressive nature of other religions so that they may have the freedom to adopt any belief of their choice. However, Qutb says this freedom does not mean people can choose to remain in the servitude of human beings. Instead, they must choose to live under the authority of God; that is what God desires, and it ispossible only through Islam. So Qutb demands that Islam have the freedom to proclaim its belief system, but he affords little tolerance for anyone with a differing view on God’s will for humanity.

The acts of violence committed by Islamic extremists in America and even in Europe have made many Americans fearful and suspicious of Muslims. Some people feel that any assimilation of Islam into their communities will make them less safe and more vulnerable to terrorism. As a result, state and local governments are enacting laws to restrict or prohibit Muslims from living in accordance with the tenets of their faith. This is evidenced by recent legislative actions against sharia law.

Sharia is best understood as God’s commanding guidance for an Islamic way of life. It is essentially an instructional manual for everyday living, and it includes religious, legal, moral, and economic aspects. Sharia also offers protocols on everything from prayer, diet, and dress to commerce and warfare. Some American skeptics of sharia consider it to be incompatible with the laws of the United States. Others have even suggested that Muslims desire to supplant the U.S. Constitution with sharia. Such fears have prompted the legislatures of eight states to enact legislation that prohibits the recognition of sharia in the courts.

The growing efforts to impede the religious liberty of Muslims include restrictions on where they can worship. Municipalities are making it harder for Muslims to build mosques, as illustrated by a situation in Sterling Heights, Michigan. On September 10, 2015, the city planning commission unanimously voted to deny approval for the construction of a mosque. Prior to the vote, some residents expressed fears that the mosque would serve as a gathering place for Muslim extremists. One opponent of the mosque told the city council, “This mosque is going to bring in people like this,” while holding up a photo of a woman wearing a niqab, an Islamic face covering worn by some Muslims that covers their entire face except for the eyes. He then continued, “I don’t want to be near people like this. This is not humanity. . . . This is scary. And disgusting. This cannot stand. Please stop the mosque.” Another resident at the meeting expressed concern that the mosque could be used as “a facility to store weapons.”

Christians must not participate in the censorship of other faiths. Religious oppression is a tool used by institutions that fear the dissemination of ideas other than their own. North Korea is a prime example of how this works. The Kim family has maintained power in North Korea for more than a half century by suppressing the free expression of all religions except Juche, a quasi-religion that depicts the Kims as being divine. The Kim regime fears that if the citizens of North Korea learn about other religions, they will come to realize that Juche is one big lie.

If people are given a choice to make an informed decision on matters of faith, they will be able to choose to follow the truth. Christianity need not fear competition from other religions, because it is firmly rooted in the legitimacy of Scripture, which is not a human-made work of fiction, but rather the inspired Word of God. The Bible reveals the thoughts, actions, and intentions of the one true God. Scripture proclaims that God is the sovereign creator of all things and that He has a relentless desire to bestow love, mercy, and redemption on humanity. God even summoned His own Son, Jesus Christ, to suffer a horrific death on a cross as the absolution for humanity’s transgressions. Jesus’ sacrifice is the source of redemption that ensures life everlasting to everyone who chooses to receive the gift of grace and salvation that God offers to all.This is an uplifting and hopeful message that stands out among religions that have more ominous outlooks on God and humanity.

Christians need not feel threatened by the presence of Islam or any other religion. Christianity has a long history of thriving in societies in which it coexists with other faiths. The first churches established by the apostle Paul sprouted out of cities that were religious melting pots. Roman and Greek religions were observed in most of these places, alongside Judaism, and their existence did not stop the early church from gaining converts. In modern times Christianity is rapidly growing in Africa, where it competes with Islam, as well as many indigenous religions, for the hearts and souls of people.

The concept of free will is another good reason Christians must not support oppression against Islam. Christ called on His followers to share the gospel with the entire world so that everyone might have the opportunity to accept Him as their Savior. However, Christ did not anticipate that everyone who heard the gospel would accept its message. That is because God bestowed human beings with free will. Some people will use their free will to accept Christ, and others will choose to reject Him. God desires for all people to have the freedom to make that choice for themselves. Therefore, religious oppression is against the will of God.

Fear is what incites the growing calls to oppress Muslims in America. The actions of a few individuals purporting allegiance to Islam have created a widespread misunderstanding that Islam itself is a threat to the American way of life. The knee-jerk response to such concerns has been calls to purge Islam from America. However, the views expressed by Sayyid Qutb are proof that religious oppression will only incite greater fury among Muslim extremists. Any efforts to suppress Islam will simply serve as motivation for Muslim extremists and validate their belief that they are justified in using violence to stamp out any oppression that impedes their mission to deliver Islam’s message to the world.

A wiser approach to radical Islam is to follow the way of Christ and commit to evangelism. Christ called on His followers to turn adversaries into advocates. Christians must not view Muslims extremists as the enemy, but instead as prospective converts to Christ. By engaging their Muslim brothers and sisters in cordial dialogue and respectful interaction, Christians can exemplify the teachings and actions of Christ. When confronted with acts of compassion and understanding on the part of Christians, it would be difficult for even the most radicalized Muslim to ignore the plea that Jesus Christ is their Savior too.