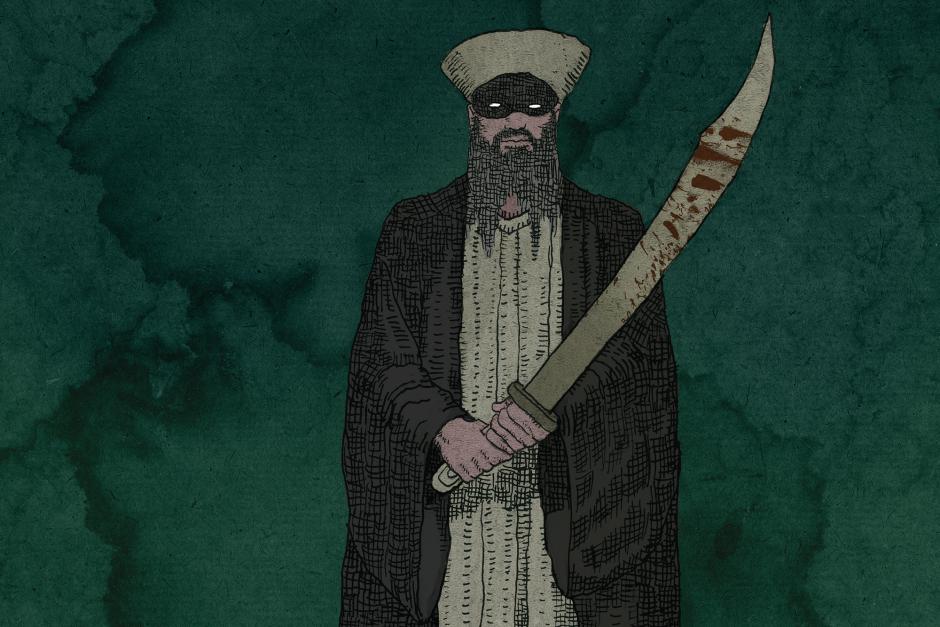 Imagine being hung upside down by your feet. Electric wires are tied around your ankles and you are threatened repeatedly with electrocution. In addition, you are frequently pulled from your prison cell so that the police can beat you viciously.

Why? Because someone accused you of making inflammatory statements about God. And even though your accuser later recanted his allegation, you were still “tried” for the crime of blasphemy, convicted, and then sentenced to life imprisonment. Think about that: spending the rest of your life in prison for the “crime” of speaking your mind.

It’s absolutely incomprehensible. Especially for those of us privileged to live in America, where we too often take our First Amendment-guaranteed rights to free speech and freedom of religion for granted. As an American, you can be excused for asking how someone could be imprisoned—or worse—just for something he or she has said or written.

For anyone who is unfamiliar with the term, blasphemy essentially means showing disrespect or contempt for a deity. While you’d likely offend a number of people by engaging in blasphemy, your right to do so in the U.S. is nevertheless protected by the previously mentioned First Amendment.

Yet in far too many countries (even one would be too many) blasphemy is illegal, and the consequences are often severe. In many of those countries being hauled off to jail for expressing a minority view about religion is a shockingly common occurrence. And the level of “proof” for such a crime can be astonishingly low.

In the United States there’s guilt beyond a reasonable doubt. In too many other countries, when it comes to blasphemy there’s guilt based on nothing but doubt if you happen to be a member of a religious minority—such as Christianity in Pakistan.

Recently, the U.S. Commission on International Religious Freedom (USCIRF) released a report detailing Pakistan’s history of violence against religious freedom. The findings are deeply troubling—in just the past 18 months, the USCIRF documented 203 incidents of violence in the name of religion, resulting in some 1,800 casualties and more than 700 deaths.

A recent case involved a Seventh-day Adventist named Sajjad Masih. The opening illustration was actually his experience, recounted to us by his lawyer (although the alleged insults actually involved the prophet Muhammad). Sajjad was accused of blasphemy by authorities in Pakistan—despite the accuser both recanting his testimony and stating that the police forced him to level the allegation in the first place. Sajjad Masih was convicted of blasphemy and was sentenced to life in prison. There remains zero evidence supporting the charges.

Sad to say, a conviction based on no evidence is not rare in a case like this, not in a country such as Pakistan, where torture of Christians and other religious minorities is all too common. And while Masih’s sentence of lifetime incarceration is deeply disturbing, it’s not the most pressing problem.

Blasphemy laws themselves are the key issue. No matter what god the majority population in a country chooses to worship, making dissent by minority faiths a criminal offense is a terrible idea, for all kinds of reasons. To suggest that your god is happy to rule by coercion, happy to attempt to force people to follow through any means necessary—even torture or death—is beyond folly.

While Sajjad Masih is a deeply troubling current example of abusive enforcement of blasphemy laws in Pakistan, it is not an isolated incident. Here are just a few other examples of Pakistan’s consistent and deliberate pattern of specifically targeting religious minorities:

Shafqat and Shaguftah Masih , 43 and 40, a Catholic couple, were accused of texting blasphemous texts to Muslim clerics by text message. When confronted with this allegation, Shaguftah told the police that her cell phone had been lost for a month and that she had no idea who might have sent the alleged messages. Regardless, the police detained the couple and their four children and pressured them to provide a name of someone who might have sent the offending messages. It has been reported that the police tortured Shafqat into “confessing” in order to save his wife from torture.

Sajid Inayat , 20, was charged with blasphemy for allegedly setting fire to pages from the Koran placed in a box on an electricity pole. Interestingly, the young Muslim men who leveled the accusation had an argument with him over a billiards game just two days prior to the alleged incident.

Rimsha Masih , 14, who reportedly suffers from Downs syndrome, was accused of blasphemy by a Muslim cleric and initially sought charged as an adult. She was jailed before ultimately being granted bail, while the cleric was subsequently accused of fabricating evidence and the charges against Rimsha were dropped. Rimsha and her family were then forced into hiding in order to avoid being killed by angry local Muslim groups. In March 2013 Rimsha and her family were able to relocate safely to Canada after being granted asylum.

Asia Bibi , 41, was arrested in 2009 after her Muslim coworkers began pressuring her to renounce her Christian faith and convert to Islam. In response to this pressure, Asia decided to share her personal testimony. According to published sources, Asia stated that Jesus is alive and died for mankind’s sins. Then Asia asked what Muhammad had done for her coworkers. Shortly thereafter the Muslim women became enraged and began to beat her. The police subsequently took her into custody and charged her with blasphemy. Within 17 months she was sentenced to death. Four years later Asia remains imprisoned; receiving significant international attention.

While I would encourage people of faith to pray for all of those currently imprisoned on blasphemy charges, there is a bigger picture to keep in focus. Laws restricting religious freedom are a scourge anywhere they exist, and on that point the world’s citizens (even those who profess no faith at all) must make their voices heard and increase the pressure on governments that seek to restrict religious liberty around the world. As Albert Einstein once famously said: “The world is a dangerous place, not because of those who do evil, but because of those who look on and do nothing.”