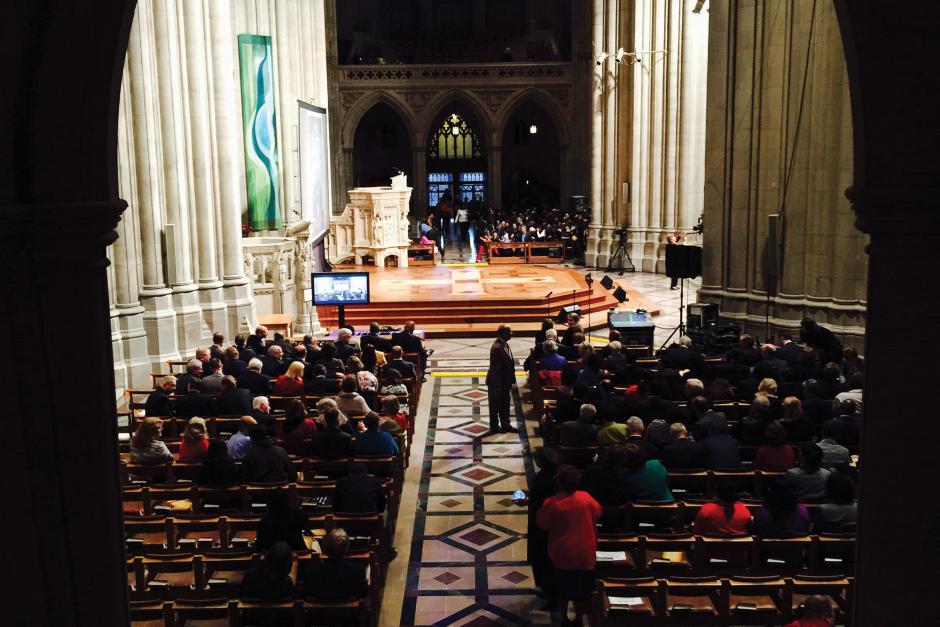 The Ten Commandments and the Sermon on the Mount contain my religion,” wrote John Adams, the second president of the United States, in a letter to Thomas Jefferson, dated November 4, 1816. The U.S. Supreme Court building has four displays of the Ten Commandments along with other allusions to antiquity: the first is engraved on the lower half of two large oak doors as you enter the chamber, and three others are carved in stone. The most prominent, positioned just above where the chief justice sits, depicts Moses holding a copy of the Ten Commandments.

Imagine—of its 1,000-plus pages, 1,189 chapters, and 31,102 verses, the Bible, which speaks of God so authoritatively, declares that only one page is personally handwritten by God. That page is surely the single most important written document in human history—God’s Ten Commandments, 10 declarations so important that the Almighty spoke and wrote them Himself; 10 rules that bring health and happiness to anyone who follows them. But those commandments are not just a list of do’s and don’ts. They are a concise, comprehensive, description of God’s character: Don’t kill—because I’m the Life-giver. Be faithful to your spouse—because I’m faithful to you! God’s law can indeed be seen as all about love—Love At Work.

At Mount Sinai, God had to use thunder and lightning to get His children’s attention. Love thunders when it must, but whispers when it can, as God did more than 500 years later, when He spoke to the prophet Elijah on that very same mountain, in a “still small voice.” A thousand years later God’s voice was heard again in melodious strains, in the Sermon on the Mount, as Jesus, the Son of God, elaborated on the far-reaching scope of the Ten Commandments, and announced Heaven’s choicest blessings on those who “hunger and thirst after righteousness,” “the meek,” “the merciful,” “the peacemakers,” and “the pure in heart”—in short, those who do not pay just lip service to the commandments, but whose lives reveal God’s love at work—God’s law—written on their hearts.

With this in mind, our group of musicians decided to craft the Ten Commandments into a thrilling musical. Love At Work is a captivating two-hour multimedia blend of new, inspirational Scripture songs and biblical narrative showcasing the amazing love of God. Writers/coproducers Yolanda Innocent-Palmer and her husband, Dr. Schubert Palmer, cardiology section chief at White Memorial Medical Center, explained: “The separation-of-church-and-state debate has led our society to ponder the pros and cons of hanging the Ten Commandments on the walls of our public schools, courts, and government buildings. The Lord impressed us to write this musical because, as important as those discussions are from a constitutional point of view, the more important question is: ‘Are God’s commandments—all 10 of them—hanging on the walls of my heart?’ We wanted to show God’s desire, with our personal consent, to write His law of love—His character—on our hearts. And when He does, this brings healthy hearts, restored relationships, stronger families and communities.”

Love at Work was presented on October 3, 2015, at the Washington National Cathedral to a balcony-filled audience, many describing it as the most powerful spiritual concert they’d ever attended. This musical extravaganza comprised an all-star cast of 14 internationally known Christian recording artists, with chaplain Barry Black, Chaplain of the U.S. Senate, as master of ceremonies, former speaker/director of the Voice of Prophecy broadcast Lonnie Melashenko as narrator, along with video appearances by soloist Wintley Phipps, television evangelist John Bradshaw, and others who gave testimonials to back up the power of the commandments in their lives.

Chaplain Black subsequently reported, “The praise about the musical I’ve received from scores of people on Capitol Hill has been effusive and laudatory. Well done!”

Roger Roppel, 44-year full-time Christian broadcaster, said, “The concert was beyond awesome! Until the Ten Commandments musical, I never ever saw God’s law as love at work. Thank you!”

Perhaps President John Adams was onto something!

Yolanda Innocent Palmer, writing for the team that produced Love At Work.