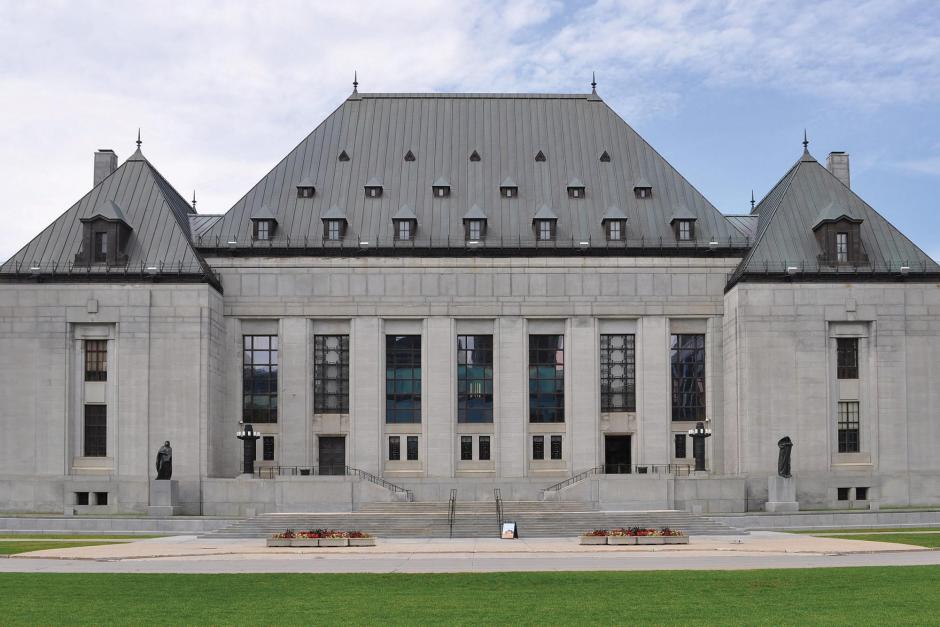 The Supreme Court of Canada’s (SCC) two decisions in the Trinity Western University case, will reverberate for years to come. In fact, I am of the view they are the most dangerous decisions for religious freedom in the history of the Court’s jurisprudence.

Surprisingly, despite their significance, there is very little discussion about the effect these decisions will have on the future of religious freedom in Canada. State regulators are now granted power to deny approval of religious institutions simply because the regulators find the religious beliefs and practices offensive – not that they are illegal. Given the rise of identity politics, that does not bode well for the future of religious freedom in Canada. Religious institutions that continue to hold traditional views on sexual morality are held to be out of step with our “sexular age. ”

Trinity Western University (TWU) is an evangelical Christian university in Langley, British Columbia. It sought accreditation from Canadian law societies. British Columbia, Ontario and Nova Scotia refused. The BC and Ontario cases went to the Supreme Court of Canada. The law societies opposed TWU’s Community Covenant Agreement (CCA) that required students to live in accordance with Biblical moral standards; including not being involved in sexual relations outside of marriage (defined as one man and one woman. )The Supreme Court of Canada majority agreed with the law societies. Keep in mind this was the second time that TWU had to go to the SCC to get accreditation for a new degree.

In 2001, the SCC ordered the accreditation of TWU’s education degree, despite the opposition of the BC College of Teachers. That opposition was like that of the law societies in the 2018 case. Despite its 2001 win, TWU lost at the SCC in 2018.

The 2018 SCC Majority was irked with the CCA because “[b]eing required by someone else’s religious beliefs to behave contrary to one’s sexual identity is degrading and disrespectful. Being required to do so offends the public perception that freedom of religion includes freedom from religion. ”Remember, this admonition is given in a case that involved a private, religious university, whose moral code was not unlawful. It was politically incorrect in the eyes of some, but not unlawful. Attendance at this school is voluntary.

The Majority used the concept “Charter values” to justify its imposition of public moral views on the private school. The Canadian Charter, like other such documents, lists citizens’ rights the state will not unreasonably violate. The concept of constitutionally protected rights is a long and well understood concept in the law of liberal democracies. “Charter values” on the other hand is not. Rather, such a concept is an illusory judicial sleight of hand that has caused and will continue to cause havoc to religious freedom.

The Majority saw TWU’s insistence on a student lifestyle agreement as limiting access to the legal profession because those who could not sign it were ineligible to attend TWU. This “is inherently inimical to the integrity of the legal profession,” said the Majority. The law societies, in their role of upholding the “public interest in the administration of justice,” according to the five justices, “has an overarching interest in protecting the values of equality and human rights. ”

In a previous case, the SCC proclaimed that in addition to the “values” of equality and human rights is the “value” of “democracy,” and that the state “always has a legitimate interest in promoting and protecting” these “values. ”The Majority was of the view that the “overarching interest” of protecting these “values” meant that the law societies had an obligation to prevent a religious law school receiving accreditation because its admissions policy violated “Charter values. ”

“Charter values” has become the SCC’s legal hermeneutic that gives constitutional approbation to claims that lack explicit textual support in the constitution. Justices Côté and Brown, being the minority in the TWU cases, described these untethered “Charter values” as “entirely the product of the idiosyncrasies of the judicial mind that pronounces them to be so. ”Indeed, the SCC Majority, in the TWU cases, have become the masters of the “Charter values” illusion. They created constitutional protections for those who were offended by TWU’s admissions policy even though no such protection against offense constitutionally exists. At the same time, the Court rejected the explicit constitutional text protecting religious freedom. Religious freedom got buried in the “overarching” public interest of the public regulators. The regulators now have the green light to go with “the vibe” of the constitution rather than worry about what it actually says.

The Court Majority also displayed its wizardry in the disappearance act of its previous 2001 TWU precedent, which had near the same facts. It simply ignored the case. The Court’s inconsistency in relying on precedent was exposed with its umbrage at the suggestion that “Charter values” is not an acceptable constitutional interpretative tool. The Court said, without the slightest acknowledgement of the irony of pointing to what it called the “binding precedents” in two of its previous administrative law cases that used the “Charter values” analysis. Obviously, “legal precedent” at the SCC is a rather flexible concept; especially when sexual politics is at issue.

Such a flexible approach is reflected in Chief Justice Richard Wagner’s explanation that the Canadian Constitution is “like a living tree, it evolves, so that we don’t necessarily keep to the strict definition of a word when it was drafted 150 years ago. We look at it against the backdrop of an evolving society with the perspectives, outlooks, moral values of that society, and the context in which the issue comes up at the time the Court is making its decision. ”In the 2018 TWU cases that meant ignoring the status of religious freedom accommodation in Canadian constitutional law and moving the law “forward” to a more “progressive” regime. I have referred to this rejection of religious accommodation in the law as a legal revolution.

The brutalities of the 16th to the 20th Centuries taught us that a free society demands respect for the right of an individual to express his or her conscience; subject only to reasonable limits. The Canadian Charter came into effect in 1982. And, in 1985, then Chief Justice Brian Dickson observed, “Religious belief and practice are historically prototypical and, in many ways, paradigmatic of conscientiouslyheld beliefs and manifestations and are therefore protected by the Charter. ”A reasonable argument can be made that religious freedom blazed the trail for other rights. In short, it is prototypical.

Dickson’s view was already established by the 19th Century German scholar Georg Jellinek, who concluded that, “[t]he idea of legally establishing inalienable, inherent and sacred rights of the individual is not of political but religious origin. What has been held to be a work of the [French] Revolution was in reality a fruit of the Reformation and its struggles. Its first apostle was not Lafayette but Roger Williams…. ” The Independent movement, within the English Protestant churches, Jellinek maintained, developed the idea that the “full and unrestricted liberty of conscience” was not a right granted by any earthly power nor could it be restrained by an earthly power. This was not limited to religious freedom, “it was forced by logical necessity to carry its fundamental doctrines into the political sphere. ”

The 2018 TWU decisions of the SCC majority has rejected the historical accommodation of religion that was evident in its 2001 TWU decision. Not only has the Court diminished religious freedom, but it has raised to the top of constitutional hierarchy the view that anyone offended by the sexual morals of religious belief and practice in religious institutions has, as an ally, the regulatory state to ensure that such “degrading and disrespectful” practices are not condoned by state accreditation. This marks a dramatic change.

Within weeks of the SCC’s decisions Trinity Western University decided not to make the Community Covenant Agreement mandatory for its students. No doubt this decision was motivated by the realisation that the SCC’s decisions were a clarion call for all public regulators of TWU’s programs to take a second look at their accreditation of TWU’s other degrees; and whether they should still be accredited, given the “degrading and disrespectful” Community Covenant. The regulators were coming!TWU has, I suspect, tried to do an end run on future challenges. The institution was rightly tired of the legal fight. It is not in the business of litigation but of being a university.

However, immediately upon announcing its decision, TWU was faced with several commentators who said that TWU’s decision did not go far enough if it ever wanted to re-submit its law school proposal. The commentators were troubled that while the Supreme Court of Canada dealt with the mandatory nature of the Covenant for students, there still remained the issue of the Covenant being required of the faculty and staff; and further, there is a problem, they said, with the fact that the school would discriminate by favouring Evangelical Christians in the law school admissions process rather than treating everyone’s application equally. Such is the inflationary nature of rights claims.

Gone is the lofty ideal of the liberal state protecting religious diversity. We are left with the view that “diversity” means we all believe, think and act the same, while thinking we are free. If we accept that definition as constitutionally mandated by “Charter values,” then the masters of illusion have done their work. We are not free and never will be if “Charter values” continue to override enumerated rights.