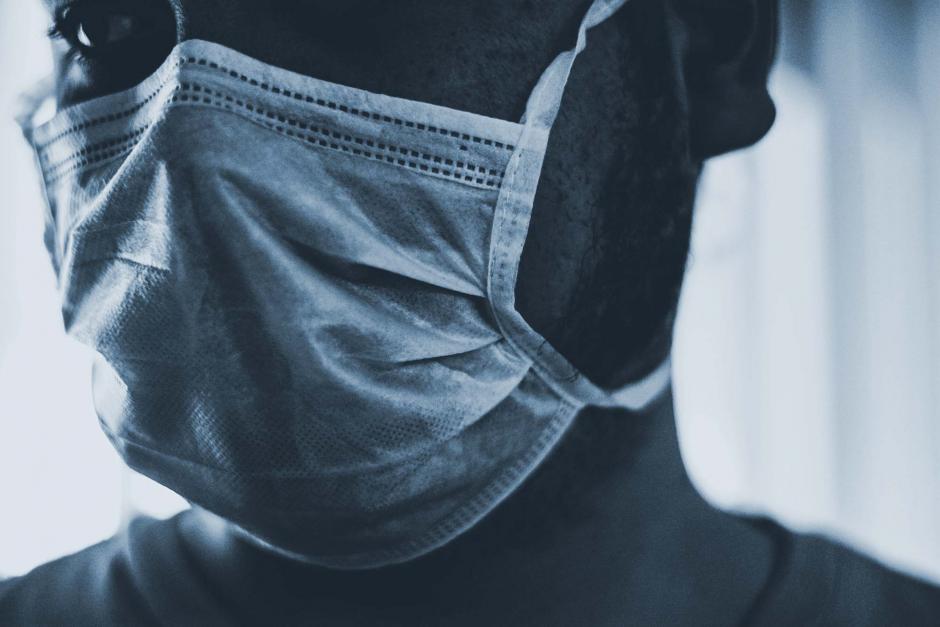 On God and the Pandemic

Here we go again. The eternal question of evil in the world springs up one more time. Why? Why does God, the almighty, all-powerful, all-knowing, allow evil, pandemics, plagues, wars, and viruses of all kinds to afflict His creatures on this earth?

Trying to answer this question fully is an impossible task. I shall not try. However, I will say this: for many the pandemic is nature’s God, or Darwin’s God, at work.

More than ever, we see that evil exists wherever humans live. It preceded Home sapiens. The problem of the existence of evil has troubled humanity in all times and places. The viruses, the plagues, the famines, are all companions on our march through time and space.

We confront evil by transcendental outreach to challenge existing reality and even create an alternative one. “Angels, demons, spirits, wizards, gods, and witches have peppered folk religions since mankind first started telling stories,” wrote Robin Marantz Henig in the New York Times on March 4, 2007. “Charles Darwin noted this in The Descent of Man. ‘A belief in all-pervading spiritual agencies,’ he wrote, ‘seems to be universal.’ According to anthropologists, religions that share certain supernatural features–belief in a noncorporeal God or gods, belief in the afterlife, belief in the ability of prayer or ritual to change the course of human events–are found in virtually every culture on earth.”1

The pandemic of 2020 offers a sobering lesson on the limits and utility of belief in supernatural entities when reality is so stark, haunting, perplexing, bewildering and above all deadly. Unlike the plagues of the Middle Ages in Europe when millions perished and pandemics lasted for decades, present viruses and pandemics have so far been shorter, because of medical and scientific advances. Otherwise, millions more would have died, given the population explosion for the past hundred years or so.

But humans are restless and rational and irrational beings all at once. We detest and complain about evil and death, and we turn to our gods for help and salvation at the same time. “The human is a knot of contradictions and opposing drives: reason and unreason; wisdom and recklessness; faithlessness and mysticism; logic and imagination. We feed on exact science as much as we do on myths, on fictions and fabulations. We can die for others or let them perish in the cold; we can create extraordinary things only to enjoy their utter destruction; human society can be paradise and hell at one and the same time.”2

These contradictions are also present all around us: in belief in God, in cultural heritage, language acquisition, survival tools and many other variables. “The bottom line, according to byproduct theorists, is that children are born with a tendency to believe in omniscience, invisible minds, immaterial souls–and then they grow up in cultures that fill their minds, hard-wired for belief, with specifics. It is a little like language acquisitions, Paul Bloom says, with the essential difference that language is a biological adaptation and religion, in his view, is not. We are born with an innate facility for language but the specific language we learn depends on the environment in which we are raised. In much the same way, he says, we are born with an innate tendency for belief, but the specifics of what we grow up believing—whether there is one God or many, whether the soul goes to heaven or occupies another animal after death—are culturally shaped.”3

The Pandemic in America

David Brooks of the New York Times called the pandemic of 2020 as the first invasion of America. It invaded the physical space as well as the spiritual and moral spheres. Brooks wrote on May 21, 2020, the following: “That whole version of the American creed was all based on an assumption of existential security. Americans had the luxury of thinking and living the way they did because they had two whopping great oceans on either side. The United States was immune to foreign invasion, the corruptions of the old world. It was often spared the plagues that swept over so many other parts of the globe.”4 Not anymore.

No nation is an island anymore. Globalization, immigration, migration, and technology are invading every corner of this globe. Now America finds itself tied to the world as never before. There is no American exceptionalism when it comes to pandemics or modern-day plagues. This integrated international order is above and beyond any nation-state or empire.

“The nation-state alone does not have a future,” said Angela Merkel, the German chancellor, in May of 2020. “The German chancellor–who will not seek re-election next year, and who will be missed–signaled that innovation is needed. The world cannot return to where it was before the virus. The status quo ante is untenable. The nationalism of Trump’s America, Xi’s China, and Vladimir Putin’s Russia is not the answer.”5

America alone is not America. American nationalism in the era of a pandemic is neither possible nor desirable in the way that it once functioned. America in the modern world and in the midst of a complex epidemiological catastrophe should be leading the world, not retreating, since it can neither escape it nor can it escape history or the future. Individualism in the private sphere is like isolationism in the world of nation-state politics: desirable in peaceful and prosperous times, but deadly in a pandemic environment.

The security of Americans depends, in these trying times of the COVID-19 era, also on the security of other countries and the interdependence of nations in trade, economics, public health, international financial affairs.

American contradictions are truly remarkable. The USA has the world’s top universities in academic, scientific, technological, and social sciences research in most fields. Yet there is a sizable portion of the population that is opposed to science, climate change, cell research, pandemic medical instructions, vaccines, and many other issues.

A belief in God and science should not be incompatible. They can cohabit to advance the human condition especially in pandemic times. The coronavirus pandemic is not a religious matter but a scientific problem that needs medical and social cooperation. It is a community effort in which the neighborhood is the entity of common survival and perseverance, and individualism and disdain for authority are not helpful but dangerous when a virus is a social killer. For social distancing is not offensive to religious sensibilities. It is, in fact, designed for the protection of both: the believer and the general public at large.

Having been born in Lebanon, of all places, I know a thing or two about hardship, agony, isolation during the war, and savage lonely days of mayhem and melancholy. But the coronavirus pandemic has been a different animal altogether. Wearing a mask  has become mandatory, for a simple cough directed toward your face can amount to a sickness sentence if that person happens to be infected. Wars and plagues are alike; they both kill with indifference. They are cold-blooded and know no shame, boundaries, or nationality. They kill, above all, old habits and regular daily routines. They rob you of the familiar, of the joy of just being yourself. In his masterpiece novel De Niro’s Game, Lebanese author Rawi Hage wrote: “Ten thousand bombs had landed on Beirut, that crowded city, and I was lying on a blue sofa covered with white sheets to protect it from dust and dirty feet.”6 Two or three months of social distancing in 2020 have reminded me of the war-torn Lebanon in the 1970s when war and viruses were indistinguishable.

Writing on this topic in the New York Times, Roger Cohen made this observation: “Having witnessed the unimaginable, having been on this journey into an unfamiliar world of silence and stillness and death, having been obliged to change unquestioned habits, will humanity simply return to its former ways if that proves possible?”7

America, however, is not Lebanon or like any other nation. It has a unique history and geography and cultural narrative. But the pandemic has been shipping away at these American value system and assumptions like never before. Something has changed since February of 2020. “But something more profound is going on. We are undergoing a more permanent shift in national consciousness, a reconstruction of meanings, symbols, values, and narratives. If the old American creed grew up in an atmosphere of assumed security and liberty, the new one is growing up in an atmosphere of vulnerability and precariousness.”8

America is undergoing profound changes caused by a pandemic that came like an invisible hurricane. Race relations are now at the center of American life yet again. Immigration is also a national problem, or a gift, to be dealt with. Yet America will be America again, marching on and making it to the finishing line as it did so many times before. In fact, the phenomenon of Trump is a symptom and not a cause of the many ailments of American society.

In God we trust. In nature we believe. And in science we will find our solutions to ancient and modern problems.