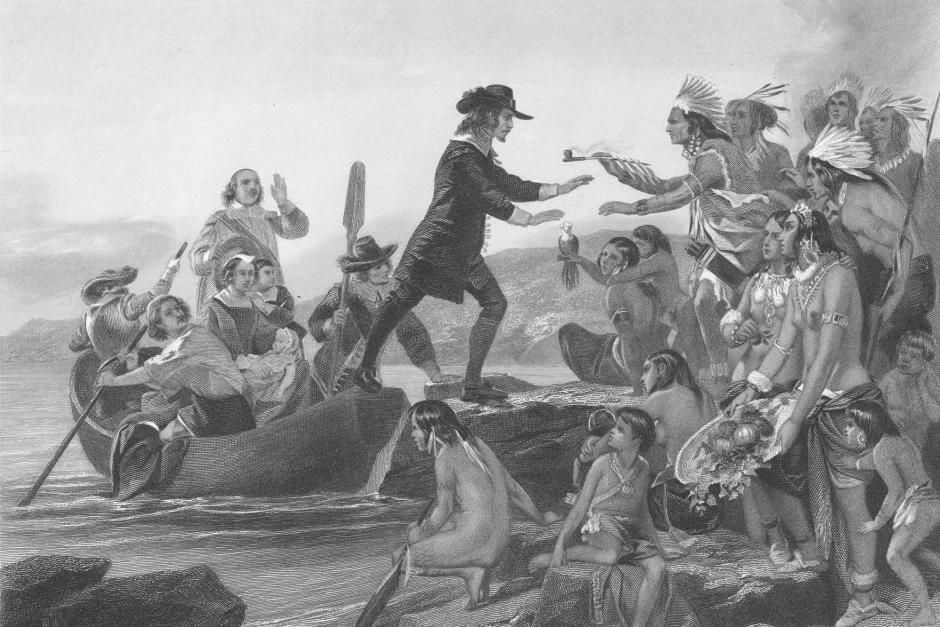 Roger Williams, after his banishment from the Massachusetts Bay Colony, had but one great objective to which he devoted the rest of his life, and that was to establish a government in America that might become the model for future generations, and also to create an asylum for the oppressed and persecuted of every religious faith, not only in America, but also in Europe. He believed that in order for citizens to enjoy the greatest peace and prosperity, the church and state should be entirely divorced and separated in their functions. He believed that truth was its own best defender, and that it needed neither aid from the civil government nor carnal force to advance its tenets. “The armies of truth,” he said, “like the armies of the Apocalypse, must have no sword, helmet, breastplate, shield, or horse, but what is spiritual and of a heavenly nature.”

The Puritans likewise believed in religious liberty, but they thought that this blessing should not be enjoyed by any dissenting sects that were not in agreement with the Puritan faith. In fact, the Puritans fled to America that they might enjoy the blessing of religious freedom in worship, which was denied them in England before the Puritan Parliament came into supreme power under Oliver Cromwell. After the Puritans gained the ascendancy in political power in England, and even before that political upheaval, they denied to others the religious liberty that they demanded for themselves. Oliver Cromwell exposed this fault of the Puritans, of both the Presbyterians and the Independents, in a speech on the dissolution of Parliament when he said: “Is it ingenuous to ask liberty and not give it? What greater hypocrisy for those who were oppressed by the bishop to become the greatest oppressors themselves so soon as their yoke was removed?”

This has ever been the case. There never yet has been a sect that has been oppressed, which, when gained the ascendancy in numbers and strength, did not in turn oppress the weaker dissenting sects through governmental agencies and law. It is human to oppress when entrusted with power, but it is divine to grant liberty to all men, whether they agree with us or not.

Roger Williams had caught this divine concept and principle of love, and he practiced it in his life and in his dealings with his fellow men; and the American people did well in rendering him a tardy justice and honor in the tercentenary celebration to his memory. He was in the truest sense the apostle of religious liberty to America in those turbulent and malevolent times when no man was permitted to call his faith and his soul his own. He was 150 years ahead of his day in thinking and in practicing both civil and religious liberty principles.

In fact, his ideals of total separation of church and state have never been completely carried out, even in America, in spite of our boast of religious freedom in this favored land. Our government has never divorced itself in its functions from the legal sanctions of religion and religious observances, nor from religious persecution of dissenting sects that are not in agreement with those religious legal sanctions. Full religious liberty has never yet been granted to the individual, in spite of the constitutional guaranties that vouchsafe complete religious liberty and freedom of conscience in religion.

Many of the states in the union still have religious statutes upon their books, which have been retained from colonial times, when America had a union of church and state, and these religious laws are permitted to override the federal constitution and its guaranties of religious liberty to the individual. All that is needed to kindle the flames of religious persecution today is to elect a religious bigot to a civil office, and these un-American laws will be invoked against the nonconformist who dares to assert the supremacy of conscience in religious matters.

The more austere and conscientious a person is in his religious convictions, the greater is the danger that he will become a persecutor of those who happen to disagree with him, provided he is entrusted with power. Like Saul the persecutor, this type of person is always actuated by the idea that in persecuting dissenters he is doing God valiant service.

The religious legalist, no matter how pious he may be, is never tolerant. Force, instead of love, is the propelling power of his religion. Everything and everybody must bow to his religious convictions. The dissenter has no right to his convictions, because he cannot be right in the sight of a self-satisfied legalist.

Roger Williams was not a legalist in religious matters. He was a dissenter, and he believed that others had the same right to dissent from his views, and that the right of dissent for all should be sacredly protected by law, so that all might stand on an equality before the bar of justice. The pages of history are stained with the blood of millions of martyrs, for the simple reason that both the church and the state failed to recognize that the right to dissent should be sacredly guarded.

As soon as Roger Williams arrived in America in 1631, he began to preach absolute liberty of religion for every sect, and for so-called heretics, and even for infidels; and he sensed that this cherished blessing for all men could never be realized without a complete separation of the church from the state. He failed, however, to convince the Puritans of Massachusetts Bay Colony. Having incurred their ill will, he was banished by them because he taught that the “civil magistrate should not punish anyone for the breach of the first four commandments” of the Decalogue, or “interfere in matters of religion and conscience,” nor should he “constrain anyone to this or that form of religion.” Such doctrine, which at present is considered in America as sound doctrine, was then called “damnable heresy.”

The banishment of Williams made him more determined than ever to plant the seeds of civil and religious liberty in America, and to found an independent government in which all could worship God in harmony with the dictates of their own conscience, in which no one could be molested by the civil magistrate so long as he conducted himself as a good citizen in purely civil matters. He decided to prepare settlements in the New World for all who were religiously oppressed in Europe as well as in America. He made his first appeal to the Independents, or Separatists, then to the Baptists and the Quakers, to come to the plantations of Rhode Island. They came from all lands in large numbers, and were granted perfect freedom of worship for all faiths. In justification of his doctrine of the absolute separation of church and state, Roger Williams said:

“The civil sword may make a nation of hypocrites and anti-Christians, but not one Christian.” “Christ Jesus, the deepest politician [statesman] that ever was, . . . commands a toleration of anti-Christians.” “The civil magistrates [are] bound to preserve the bodies of their subjects, not to destroy them for conscience’s sake.” “Seducing teachers, either pagan, Jewish, or anti-Christian, may yet be obedient subjects of the civil laws.”

“Christ’s lilies may flourish in His church, notwithstanding the abundance of weeds in the world permitted.” “A national church [is] not instituted by Jesus Christ.” “The civil commonweal, and the spiritual commonweal, the church, [are] not inconsistent, though independent the one on the other.” “Forcing of men to godliness or God’s worship [is] the greatest cause.” “Masters of families, under the gospel, are not charged to force all under him from their own conscience to his.” “Persons may with less sin be forced to marry whom they cannot love, than to worship when they cannot believe.” “Christ Jesus never appointed a maintenance of ministers from the unconverted and unbelieving.”

Roger Williams vehemently opposed what he called “the most deplorable statute in English law,” namely, the statute that compelled everybody, without distinction or religious faith, to attend the divine services in his parish every Sunday. In assailing this statute, Williams said: “An unbelieving soul is dead in sin, and to drag an unbeliever from one form of worship to another is the same thing as changing the clothes of a corpse.”

With equal earnestness he combated the practice of forced contributions for the benefit of ministers of religion. His adversaries asked: “Is not the laborer worthy of his hire?” “Yes,” Williams replied, “from them that hire him, from the church.”

Perhaps no sects suffered greater hardships and persecutions for their faith during the seventeenth century than the Anabaptists and the “Sabbatarian Baptists,” the latter now being called “Seventh Day Baptists.” Roger Williams espoused the cause of these persecuted people, and offered them an asylum in Rhode Island. In 1671 the first Sabbatarian church in America was formed in Rhode Island. Evidently this movement created a stir; for a report went over to England that the Rhode Island colony did not keep the Sabbath—meaning Sunday.

Roger Williams wrote to his friends in England denying the report, but calling attention to the fact that there was no scripture for “abolishing the seventh day,” and adding: “You know yourselves do not keep the Sabbath, that is, the seventh day” (“Letters of Roger Williams” [Narrangasett Club Publications], Vol. VI, p. 346).

Roger Williams not only offered the seventh-day observers an asylum, but championed their cause as being the most scriptural. Rhode Island became the stronghold of the Seventh Day Baptist denomination, which had large, flourishing churches. One of their members later became a governor of Rhode Island.

Roger Williams was truly an apostle of religious liberty sent from God to America. The cause of religious liberty in America may still produce great leaders in defense of those fundamental principles, but it will be difficult for any to excel Roger Williams in the purity and logic of his reasoning, in the breadth of conception, and in the sincerity of the advocacy of sound principles in that cause. Indeed, he dug diamonds in the rough out of the mine of liberty, others polished them; he plowed the first furrow across a virgin field, others cultivated the plowed ground; he cut the original pattern of liberty, others copied it; he was as a sun shining in its meridian brightness, all others were as satellites revolving around him.