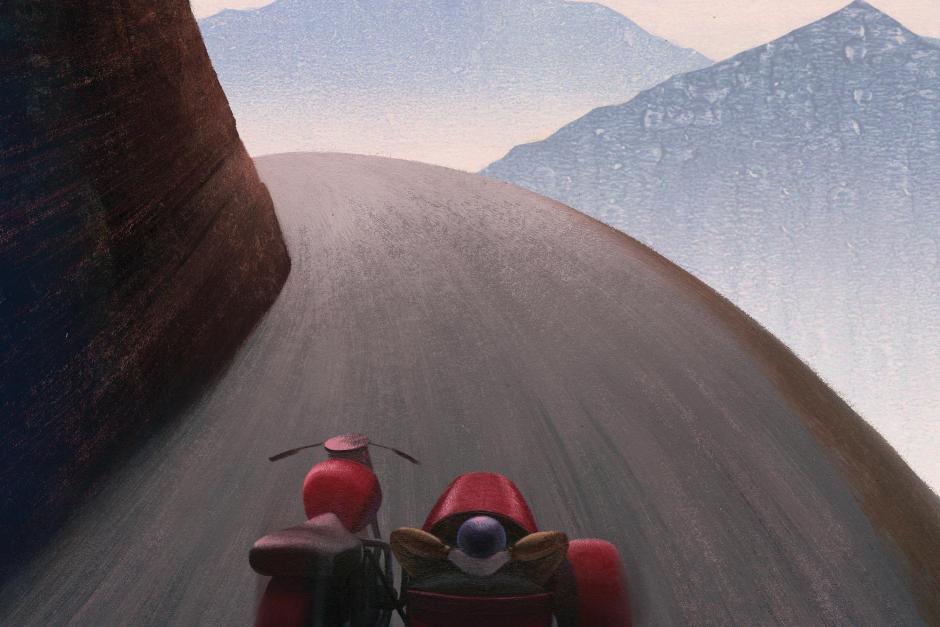 The United States has just sworn in a new president. Looking back on the campaign, I find myself paraphrasing Winston Churchill: Never before have so few been so disliked by so many. But the choice has been made, and, as usual, we’ll soon discover just how right—or wrong—we were.

There are many among us who don’t seem concerned about the election outcome. “Why worry?” they post on social media or announce by the water cooler. “Everything will turn out fine. God is in control.”

We human beings love to shift the burden of responsibility for our personal or corporate actions to someone or something we perceive to possess broader shoulders. Most religions of the world proudly support this concept. “God is in control,” cries the Christian. “Inshallah [if it’s God’s will],” intones the Muslim. Hindu worshippers insist they can count on at least one of their many deities to step in when needed. Jews recite endless examples from their Torah, where God overruled His followers’ foibles and made things right in spite of them.

Not being a Muslim, Hindu, or a full-blooded son of Abraham, I must try to reconcile my beliefs using Christian principles. Is God in control in Washington, D.C., these days? Is He working out some complex plan of action that absolutely requires the services of someone for whom I did or did not vote?

There’s a Bible text that seems to support this idea. “He [God] changes times and seasons; he deposes kings and raises up others. He gives wisdom to the wise and knowledge to the discerning” (Daniel 2:21, NIV). *

Wait, there’s more. The God of my Bible seems to be telling me that no matter who’s in charge, I must follow his or her lead. The apostle Paul, writing to the early Christian church in Rome, advised, “Let every soul be subject unto the higher powers. For there is no power but of God; the powers that be are ordained of God” (Romans 13:1). Then he tightens the screws. “Whosoever therefore resisteth the power, resisteth the ordinance of God: and they that resist shall receive to themselves damnation” (verse 2).

He goes on to say that rulers are not a “terror to good works, but to the evil” (verse 3) and that we should render “tribute to whom tribute is due; custom to whom custom; fear to whom fear; honour to whom honour” (verse 7). Is it any wonder why Adolf Hitler regarded Romans 13 as his favorite Bible passage? He used it very effectively as a propaganda tool to secure the support of the “conservative right” of his day—the Lutheran and, reluctantly, the Catholic churches—as well as the liberals who helped establish the Weimar Republic, the democratic government founded in Germany after Kaiser Wilhelm II’s abdication near the end of War World I. They, like countless others, got on board the Nazi express in order to survive another day. These factions, many motivated by Paul’s words, helped catapult a madman into power. But don’t worry. God is in control!

So we should sit back and wait for a new occupant of the White House to guide us down the pathway of God’s design, right?

“Not so fast,” Old Testament prophet Hosea seems to be saying as he conveys words given to him by God Himself. Addressing the self-possessed actions of the Israelites, God’s chosen people, who, after generations of wandering in the desert, were now tucked away safe and sound in the Promised Land, he wrote: “They set up kings without my consent; they choose princes without my approval. With their silver and gold they make idols for themselves to their own destruction” (Hosea 8:4, NIV).

Is it possible for humankind to operate fully and consistently outside of the control of God? Can rulers be something other than “ordained” by Him? Are there times we, faithful citizens, should not be subject unto their powers?

No one in his or her right mind would insist that God was in control when the Holocaust snuffed out the lives of millions. The Crusades, the Dark Ages, the endless persecution administered by those calling themselves “Christian,” can hardly be labeled as acts of God. King Solomon, a man known for his great wisdom, offers this warning: “There is a way that seemeth right unto a man, but the end thereof are the ways of death” (Proverbs 16:25).

There was a time that God was totally and unquestionably in control of humanity. The human population was quite small then; two people, in a garden, with fruit trees.

The Genesis account makes it clear exactly who was calling the shots: “So God created mankind in his own image, in the image of God he created them; male and female he created them. God blessed them and said to them, ‘Be fruitful and increase in number; fill the earth and subdue it. Rule over the fish of the sea and the birds in the sky and over every living creature that moves on the ground’” (Genesis 1:27, 28, NIV). Humanity’s marching orders came directly from the Creator. “Inshallah” was a given. Everything aligned perfectly with God’s will.

Then God set one more jewel in the crown of Adam and Eve’s perfect lives: the freedom to choose. “And the Lord God commanded the man, ‘You are free to eat from any tree in the garden; but you must not eat from the tree of the knowledge of good and evil, for when you eat from it you will certainly die’” (Genesis 2:16, 17, NIV).

The line in the sand was drawn. On one side stood God and His loving, sustaining control. On the other side stood a man and a woman doing what was right in their own eyes. Any Bible student knows what happened next. Adam and Eve nibbled their way out from under God’s control and right out of the Garden of Eden. They chose to follow another power, another force, another leader, who promised they could have their apple and eat it too.

History proves beyond a doubt that living apart from God isn’t optimal to anyone’s health and well being. Thankfully, humankind’s heavenly Father didn’t fly off to some remote galaxy to sulk. He did (and continues to do) His level best to reinsert Himself back into all aspects of life on earth. He seems to have decided that if He couldn’t be in control, He could at least act as a buffer between human beings and the evil forces bent on destroying them.

To this end, He set up rules and principles to act as guardrails along the road of life. “Don’t kill, don’t commit adultery, honor your parents, be honest, love one another, be kind, feed the poor, nurture nature, treat all people with the same love and respect you shower on yourself, allow others to choose the spiritual framework of their own lives, and if you’re feeling overwhelmed, talk to Me.”

When people groups followed His rules and principles, amazing things happened. God was able to put in place leaders who would support everyone’s humanitarian and spiritual efforts, not undermine them. He routed enemies without shots being fired. Peace and harmony settled over the landscape like a comforting blanket on a chilly night.

However, when people and nations turned their backs on God, outcomes changed dramatically. Wars, famines, corruption in high places, dangerous, life-threatening religions, and even entire nations being carried off into captivity followed with sickening regularity. These weren’t acts of God. This was what happened in the absence of God.

That line in the sand has scratched its way through human history and remains to this day. When human beings are standing firm to the guidelines that the Creator God set in place and doing their level best to live according to His laws and principles, Daniel 2:21 happens. But when they cross that line and align themselves with forces other than divine, Hosea 8:4 raises its frightening head.

All of this takes place regardless of religious affiliation or whatever faith community has sprung up around random collections of God’s principles. His laws, like gravity, remain in full effect no matter if a person or nation considers itself Christian, Muslim, Hindu, Jewish, agnostic, or downright atheist. A person of faith—or person with no faith—will drop to the bottom of a cliff if he or she jumps.

Thankfully, even at this level of freedom, God maintains a very unhumanlike propensity to love everyone, even those who don’t love Him in return. Speaking of His Father, Christ revealed, “He causes his sun to rise on the evil and the good, and sends rain on the righteous and the unrighteous” (Matthew 5:45, NIV).

Which brings us back to Washington, D.C., and what’s happening on the steps of the Capitol building. Did heavenly powers bring our new president to that podium? Is God in control?

I put this question to Greg Hamilton, president of the Northwest Religious Liberty Association, during an interview for Liberty magazine’s flagship radio program LifeQuest Liberty. Here’s what he said: “God does not interfere with our freewill choice at all. He never has. God is a God of choice. He does not arbitrarily intervene against our worst interests or even in our best interests. He guides and counsels, but then it’s really up to us to determine what we want to do. When we proactively seek to better our nation, whether it be for social justice reasons, whether it be for law and order reasons, God understands the motive, God understands the heart.”

In light of this, I believe that the question we should be asking is: “Are we in control? Are we living and voting from our hearts? Have we selected a president based on our belief that God’s principles need to be part of the political formula that forms decisions and establishes laws? Did our candidate of choice reflect and live those principles? Or have we allowed anger, dissatisfaction, or long-held prejudices to drive our choices? If history is any indication, this will determine whether the next four years is a Daniel thing or a Hosea thing.

Even if we’ve chosen to stand on the dangerous side of the line in the sand, there’s still hope. God doesn’t give up. When it comes to humankind, He’s one persistent power.

Our leaders may “solemnly swear” in Washington, but it is our heavenly Father who is standing by, eager to help us fix our misjudgments or bask in the glow of our wise choices. Living out of control is only one option. The choice is ours.