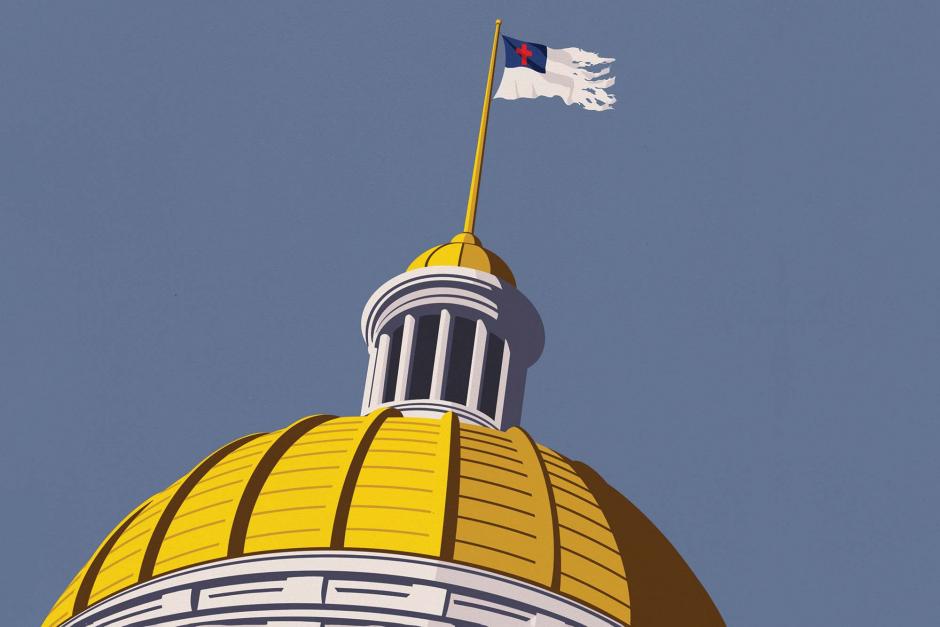 Does state support for Christianity help the church flourish? Or hasten its decline?

Thirty years ago the people of Zambia elected Frederick Chiluba, an evangelical Christian, to be the country’s new president. Chiluba strongly believed in the integration of faith and politics, declaring in his first presidential address that Zambia would be a “Christian nation.” After repenting of Zambia’s “wicked ways of idolatry, witchcraft, the occult, immorality, injustice, and corruption” and entering into a covenant with “the living God,” Zambia’s new leader made the following declaration in which he asked God to forgive Zambia for its sins and to send blessing and prosperity to the country:

“I declare today that I submit myself as president to the lordship of Jesus Christ. I likewise submit the government and the entire nation of Zambia to the lordship of Jesus Christ. I further declare that Zambia is a Christian nation that will seek to be governed by the righteous principles of the word of God. Righteousness and justice must prevail in all levels of authority, and then we shall see the righteousness of God exalting Zambia. My fellow Zambians, let this message reach all civil servants in all government departments.”1

After assuming power, Chiluba appointed several pastors to prominent positions within his government. Five years after Chiluba’s declaration, the Zambian constitution was amended to add a new opening line—“We, the people . . . declare the republic a Christian Nation”—completing Zambia’s transformation to an officially Christian state.2

Many devout American Christians today might be tempted to think, This is precisely what we need in the United States today!—a godly national leader who can use the power of high office to combat the threat of secularism and religious pluralism and uphold Christian values in the political arena.

This viewpoint seems logical enough. According to this reasoning, if Christianity provides guidance for all facets of life, including questions of public policy, then Christians have a discrete obligation to reshape society and politics by developing and ordering social life as acts of service to God. By seeking to improve the quality of the government and bring cultural mores more in line with Christian principles, the thinking goes, Christians will let the light of the gospel shine ever more brightly in a fallen world and advance God’s creative and redemptive purposes. This perspective holds that Christ’s command to love one’s neighbor compels Christians to determinedly promote religiously informed beliefs and policies in the public square and to boldly participate in the functions of government, which can act as an agent of change in solving social problems.

Two problems arise with this understanding, however. First, it places unwarranted faith in politics as a vehicle to advance the kingdom of God. Yes, well-meaning Christians initially may be able to achieve some noble goals through the pursuit of power, but over time the way of the cross becomes subsumed by the rules of the world. When Christianity succumbs to the leavening effect of power, “Christian” politics looks no different than any other form, resulting in the church sacrificing its independence and prophetic instinct. This temptation becomes all the more seductive in a world in which Christians have a greater capacity for political influence than at any previous time in modern history.

Second, the politicizing of Christianity can also do serious harm to the soul of the church itself. The acceleration of global migration and the consequent increase in religious diversity found in countries around the world, especially in the Christian-majority societies of the West, has fed perceptions that Christianity is threatened by religious outsiders. This reality has led many Christians to believe that the best way for Christianity to thrive is to use the power of the state to regulate the practice of minority religious traditions. In countries such as Hungary and Brazil, for instance, Christians have turned to strongmen who promised to empower and privilege Christianity over other faith traditions.

However, my research shows that the most important determinant of Christian vitality is the extent to which governments give official support to Christianity through their laws and policies.3 As governmental support for Christianity increases, the number of Christians declines significantly. This relationship holds even when accounting for other factors that might be driving rates of Christian growth and decline, such as overall demographic trends. Conversely, Christianity experiences the greatest growth in countries in which it has to compete with other faith traditions on a level playing field. Contexts of pluralism require Christians to have a deep knowledge of their beliefs and to defend them in the marketplace of ideas, keeping Christianity sharp and robust.

For much of its history, a context of religious pluralism, made possible by the official dis­establishment of religion, helped keep religion vibrant in the United States, in contrast to the countries of Europe, where hundreds of years of church-state integration resulted in the continent’s secularization. Writing of the United States a little less than 200 years ago, French diplomat Alexis de Tocqueville noted that religion in America was comparatively vivacious and powerful because it did not have an official or political role.4

Today, however, as Christianity has become increasingly fused with partisan politics,5 the United States has been undergoing a simultaneous decades-long decline in religiosity—a trend that has been confirmed in a number of scholarly studies.6 During the past 30 years the U.S. has witnessed a sharp increase in the number of religiously unaffiliated Americans, from 6 percent in 1991 to 23 percent today, even though the American population as a whole has experienced significant growth during this time.7 By 2021 church membership in the U.S. had fallen below 50 percent for the first time in nearly a century.8 If these trends continue, we can expect to see conservative churches, which at one point helped invigorate American religion by focusing on spiritual nourishment and the salvation of souls, following the path of their liberal predecessors into inconsequentiality, owing, in large part, to their quest for political power.

One important reason the quest for political empowerment harms the church is that when Christians uncritically equate certain political parties, ideologies, or nations with God’s plans, Christianity itself necessarily becomes implicated in the evils of the state. Returning to the case of Zambia, Chiluba’s time in office vividly highlighted the corrupting influence of power. In 1996 Chiluba amended the constitution to prevent former president Kenneth Kaunda from running against him in the presidential election, and the following year, Chiluba imprisoned Kaunda on unsubstantiated charges of insurrection. After attempting to strip Kaunda of his citizenship, Chiluba again attempted to amend the constitution so that he could serve a third term and had scores of opposition figures arrested. As explained by a former member of Chiluba’s cabinet: “He is proclaiming universal Christian love, but persecuting [his enemies] with personal hatred and vicious vengeance.”9 Many Zambian church leaders had supported Chiluba in his bid for the presidency and remained supportive even as his presidency took an authoritarian turn.

Chiluba may well have assumed office with noble intentions of bringing the light of Christianity into the realm of politics, but in the end Christian principles were subsumed to the quest for power, and Christianity itself became implicated in Chiluba’s actions.

What can concerned Christians do to combat the dominant narrative that political privilege is necessary to further the work of God in the world? The most promising approach just might be to show how the quest for political influence and power utterly belies the teachings of Jesus, who rejected political power as a temptation of Satan. Jesus lived in politically contentious times during which people constantly attempted to get Him to weigh in on the political issues of the day. But He taught instead that true transformation comes not from political empowerment but through acts of suffering service. The problem with privilege is that it requires compromise of this fundamental Christian conviction. In offering spiritual support for political parties or leaders, Christians distort their faith, profane the teachings of Christ, exacerbate divisions in the church, and make it harder to share the gospel.

Conversely, when the church has resisted the seduction of temporal power, it has empowered itself to bring attention to issues ignored by the power structures of the world. This Christianity cares for both the spiritual and physical health of people at home and abroad, especially those in penurious societies. To meet peoples’ spiritual needs, Christians have built churches and seminaries, developed theological resources, and translated and distributed Bibles. At the same time, the church has committed itself to meeting human needs by, among other things, running schools, hospitals, orphanages, and charities; reducing poverty; promoting agricultural development; providing access to potable water; distributing food aid; administering health care; running counseling centers; leading peace and reconciliation processes; and promoting values supportive of basic human dignity. It is this Christianity that has been most consistent with the teachings of Jesus, most likely to impact social outcomes positively, and most apt to advance the kingdom of God in the world by transforming hearts and lives through a demonstration of God’s love to humanity.

For the church to realize the magnitude of its calling, it must be willing to resist captivity to the politics of the world in all of its manifestations. Instead, it finds creative ways outside of politics to address the problems of public life and bring healing to the world. When the church becomes entangled with political power, on the other hand, it loses its prophetic potential. An impotent and fragmented church, impoverished in its imagination, looks to the state to accomplish divinely given tasks. What is needed is for the church to revive itself as an alternative political community that exists independent of the levers of power, and that embodies the ethics of Jesus in its public life.

1 S. Muwowo and J. Buitendag, “A Scriptural, Theological and Historical Analysis of the Concept of the Zambian Christian Nationhood,” HTS Teologiese Studies/Theological Studies 66, no. 1 (2010): 2, 3.

Nilay Saiya is assistant professor of public policy and global affairs at Nanyang Technological University in Singapore. His research into Christian privilege—“Paradoxes of Pluralism, Privilege, and Persecution: Explaining Christian Growth and Decline Worldwide”—was published earlier this year in the academic journal Sociology of Religion. Saiya is author of the book Weapon of Peace: How Religious Liberty Combats Terrorism (Cambridge University Press, 2018).