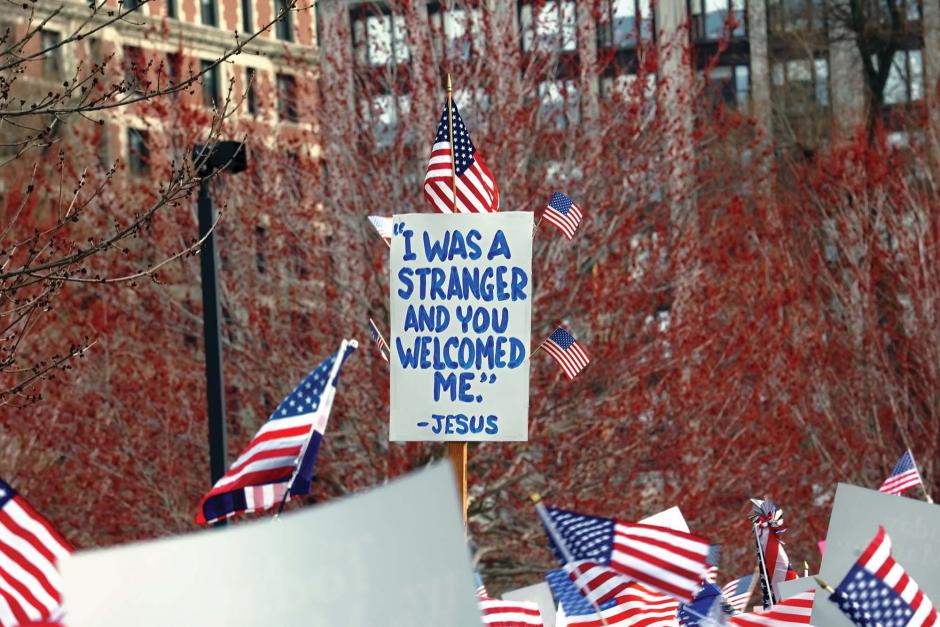 Bible-believing Christians understand their highest calling to be the Great Commission, Christ’s instruction to “go and make disciples of all nations, baptizing them in the name of the Father and of the Son and of the Holy Spirit, and teaching them to obey everything I have commanded you” (Matthew 28:19, 20, NIV).1 Unquestionably, inviting others to know and love Jesus should be the priority of all believers. But is the Savior’s postresurrection appeal for evangelism the exclusive call on our lives? Is there an argument to be made for a believer’s participation in temporal matters, and if so, in what ways?

During His earthly ministry Christ used a variety of methods to communicate His heart of love and the lifesaving message of salvation. Believers and nonbelievers alike are familiar with Jesus’ response to the religious teacher who asked which was the most important commandment.  “‘Love the Lord your God with all your heart and with all your soul and with all your mind and with all your strength.’ The second is this: ‘Love your neighbor as yourself.’ There is no commandment greater than these” (Mark 12:29, 30, NIV).

We know that love is not static but active, so what does loving your neighbor look like in practical terms? In his 2015 article “4 Reasons Christians Should Care About Politics,” David Closson, director of the Family Research Council’s Center for Biblical Worldview, writes: “In a very real sense, politics is one of the most important areas in which Christians demonstrate love to neighbor. In fact, how can Christians claim to care about others and not engage the arena that most profoundly shapes basic rights and freedoms?”2

Christians recognize simultaneously their citizenship in heaven (Philippians 3:20) and their responsibility as moral agents on earth (Titus 3:1, 2). As ambassadors for Christ (2 Corinthians 5:20), believers seek to attract others by reflecting His character and translating His divine principles into human action. To disregard participation in the political sphere as a means for this communication would be to neglect one of society’s most effective opportunities for Christian witness.

“Politics is an essential aspect of modern life. It is how we govern ourselves, and it plays a major role in how we organize ourselves as a society,” write Justin Giboney, Michael Wear and Chris Butler, Christian activists and AND Campaign founders. “Political actions have started wars and defined certain people as property, but they’ve also fed the hungry and provided care for the sick. Christians must be faithful and thoughtful in how we choose to wield our influence and political power.”3

Closson concurs. “The decisions made by government have a substantial impact on people and the way we interact with them,” he writes. “A Christian worldview should include a political theology that recognizes every area of life must be included in the ‘good works’ of believers, especially politics, an area with significant real-life implications for people.”4

Former Seventh-day Adventist world church president J. Lamar McElhany advised church members that “the stability and foundation of good government rests upon the people. If those who are stable and law abiding and have a high regard for the principles of good government hold themselves aloof from the task of choosing good and fit men for governmental leadership, they thereby make themselves responsible for failures in government.”5

We all exert influence in society. Individ­ually and collectively Christians can and have employed their civic influence to establish and maintain good governance and improve the welfare of others. Recognizing civic engagement as a powerful instrument for societal change, Martin Luther King, Jr., marched, wrote, preached, and met with lawmakers in his push for expansive civil rights reform. During the years leading up to the U.S. Civil War, Seventh-day Adventist Church pioneer Ellen G. White spoke and wrote forcefully on the repugnance of slavery, describing the practice as “a sin of the darkest dye.”6 Abolitionist and parliamentary member William Wilberforce led the Clapham Sect’s drive to end slavery in the United Kingdom through oration, petition, and grassroots organization.7 Women’s rights advocate and abolitionist Sojourner Truth credited her recognition of God’s love for her as the motivation behind her lifelong fight for justice and equality.8

There are numerous scriptural examples of faithful men and women serving admirably in government capacities. Deborah, Joseph, Esther, Daniel, and Nehemiah all used their positions in government to honor God and benefit their community. Notably, there are clear distinctions in Scripture between public and religious leadership. The sacred and temporal were separate spheres and should therefore be administered by different bodies. Moses led the Israelites out of bondage and functioned as the conduit for God’s presentation of His moral and civil laws, yet his brother Aaron served as the community’s high priest (Exodus 28:1). King David is described as a man after God’s own heart (1 Samuel 13:14), yet spiritual leadership during his reign fell to Zadok, Abiathar and Nathan (1 Chronicles 15:11, 2 Samuel 7:2).

Certainly there are improper motives for a Christian’s political engagement. We denigrate our identity as image bearers when we advocate for policies that benefit ourselves to the detriment of others, utilize the government to coerce or compel allegiance to God, or allow political loyalties to influence our faith rather than our faith to shape our politics. But misuse of an instrument can be rectified by reorienting the misdirected user, not discarding a valuable tool.

Francis Beckwith, professor of philosophy and church-state studies at Baylor University, writes that “both government and the church, though having separate jurisdictions, share a common obligation to advance the good of those made in God’s image. This implies not only that we should not confuse the state and the church, but also that we should be concerned with the good of our fellow human beings.”9

Christians recognize that the ugliness of sin has left the world broken and in need of a Savior. Spreading the good news of salvation will always be our chief calling. But at the same time, participating in the political process as a means of stimulating positive change can honor our calling as ambassadors for God and lovers of our fellow human beings. As the apostle Peter counsels Christian citizens: “Honor all people. Love the brotherhood. Fear God. Honor the king” (1 Peter 2:17, NKJV).10

Giboney, Wear, and Butler echo this idea when they write, “Our primary purpose in life is to preach the gospel of Jesus Christ. That said, Christians should also participate in political activities because they give us a significant opportunity to actively love our neighbors by promoting their well-being and defending their best interests. The Bible and history show us that God’s children can do great work in politics as long as they aren’t of politics.”11

This can be a difficult line to walk—participating in politics but not being of politics. But if we are prepared to wrestle with am­biguities, and if we can keep our primary allegiance and purpose clear, then the political realm provides us with a unique opportunity to live out our Christian values, as we build God’s kingdom through service to others.