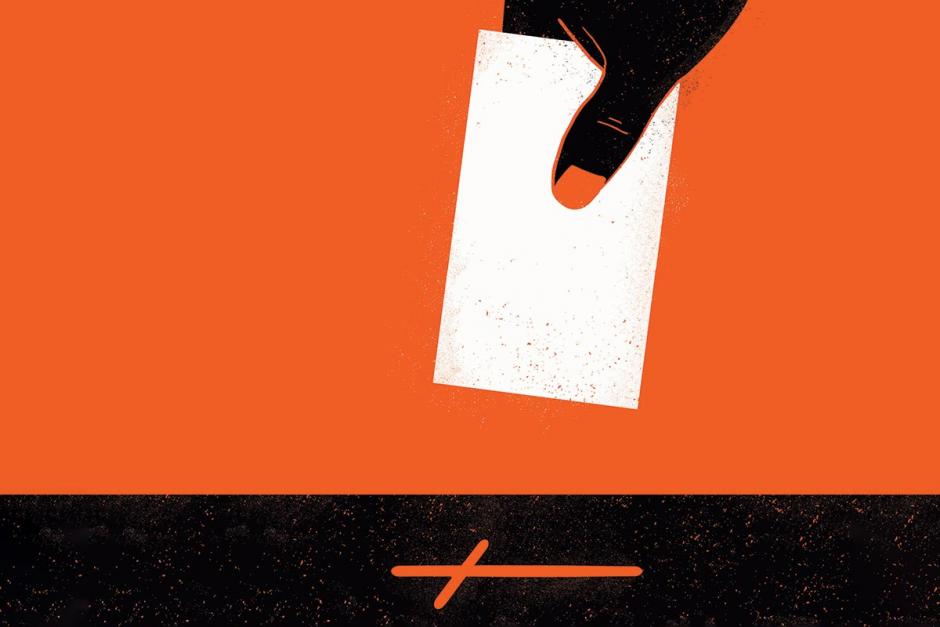 Mr. Galli moved for the removal of President Trump from office on essentially moral grounds. In Galli’s calculus the vote by the Democrats in the House of Representatives to adopt two articles of impeachment were the telling moral blows to Trump’s presidency. The magazine implied that it had previously exercised restraint in condemning the president’s actions, although he had purportedly “dumbed-down the idea of morality in his administration.” However, the articles of impeachment were the point of no return—now the moral failures had reached such a level that the call for his impeachment was ripe. In the opinion of Christianity Today, “the impeachment of Donald Trump [was] a significant event in the story of the republic.”

While I tend to disagree with the conclusions of both writers, they combine to raise a point that is arguably one of the most compelling questions facing every American who practices his or her religion conscientiously: when voting for a politician, should Americans expect their leaders to display some type of moral virtue that transcends the population in general? The simple answer should be yes, for we look to leaders to lead in various ways, including shaping public morality, civility, and conducting lives that model good conduct. At a minimum we want our children to respect those who lead us. Elected officials flavor our public institutions, and their moral aroma should be positive. The truth is, however, that Americans regularly elect people who are not paragons of virtue. In fact, the American people have a history of electing people with significant moral imperfections.

Fortunately, the U.S. Constitution helps our thinking regarding how to choose and elect politicians, particularly when we consider the relationship between the church (religion) and the state (government). Unlike theocracies past and present, Americans in this people’s republic don’t select a president to be our pastor in chief, rabbi in chief, imam in chief, or even elder in chief. We elect him or her to lead as our chief executive and commander in chief over the increasingly pluralistic culture of a population with an array of religious and nonreligious citizens and viewpoints.

The record is clear: Americans do not normally elect people such as Billy Graham or Mother Teresa to lead this pluralistic government. I well remember President John F. Kennedy. Kennedy’s adulterous affairs have become legend. In researching this piece, I saw evidence that Kennedy’s successor, Lyndon Baines Johnson, also had extramarital affairs. A report in History.com suggests that Johnson actually bragged that he had sex with more women than John F. Kennedy. Unfortunately, immorality in the oval office is not limited to Democrats. A very guilty Republican president Richard Nixon escaped all prosecution surrounding Watergate by resigning from office and being granted a “full, free and absolute” pardon by President Ford. Nixon’s vice president Spiro Agnew was not so fortunate. Agnew was found guilty of tax evasion (he technically pleaded “no contest”) and resigned from office with no jail time. In the 1990s, the moral/immoral pendulum swung back to the Democrats with the impeachment of President Clinton. Clinton at first protested that he “did not have sexual relations with that woman,” and was supported by his wife, former presidential candidate Hillary Clinton. Mrs. Clinton championed the view that the whole thing against her husband was a “right-​wing conspiracy”—vast in nature. In the end it appeared that the only conspiracy was between the sitting president and Monica Lewinsky.

Those of us from Illinois are a bit more cautious in casting too high a moral vision for public officials. Illinois, the Land of Lincoln, has also proved to be the land of unethical politicians. Starting with Len Small a century ago, five sitting or former governors have been indicted, with four convicted and serving time in prison—two within the past 15 years. If we look toward Chicago, things get even bleaker. Those who are interested in a brief journey into the morality of Illinois political leaders can simply google an investigation known as Operation Greylord for a small sampling. The FBI History website reports that a mere 92 public officials were indicted for various crimes as a result of that single federal investigation in the 1980s.

Real politics includes the real fact that we do not always elect moral leaders or that “good” people do not always run for political office. So what is a religious person to do when voting for politicians? Two thoughts may provide some guidance when asking “How should I vote?” in every political election.

The first point is that yes, we should seek, investigate, pray, and ask hard questions as to the morality of a political candidate. Our goal should be to elect people who display certain character traits such as love, joy, peace, patience, kindness, goodness, faithfulness, self-control, and gentleness. The Christian leader, Paul of Tarsus, focused on those character traits when he wrote those words to a church in Turkey nearly 2,000 years ago; his wisdom is timeless. The same saint believed that one’s speech should be scented with salt. I, however, and most individuals I am familiar with, sometimes fall short of practicing one or more of these character traits. We therefore need to be reminded that while we want to elect people with a structure of morality, the same Paul wrote to a church in Rome and reminded that religious group that “all have sinned and fall short of the glory of God” (Romans 3:23, NKJV).* I am convinced by the experience of my life on this planet that we have no real guarantees that we will elect people who display these virtues, even after our most careful vetting. This leads to a second and equally important point in determining who should receive our vote.

After seeking to find candidates that we believe exhibit most of the virtues/character traits noted above, we need to look inside our own souls and decide what values or issues we consider “absolute.” For instance, when we elect political leaders for national (federal) office, we should look to elect people who support our main values or absolutes. Deciding what we hold absolute (very dear) is actually easier than we may think. In his book The Everlasting Man the great British author G. K. Chesterton provided significant insight on how to define an absolute by posing an idea. He explained:

“There are generally two ideas, which are only two sides of one idea. The first is the love of something said to be threatened, if it be only vaguely known as [our] home; the second is dislike and defiance of some strange thing that threatens it.”

Many British citizens paid the ultimate price in protecting this absolute (their homeland) during two great wars. Chesterton added a personal note on his absolutes. It had to do with something he disliked and fought to defy; since it threatened that which he loved:

“Men are moved in these things by something far higher and holier than policy; by hatred. When men hung on in the darkest days of the Great War, suffering either in their bodies or in their souls for those they loved, they were long past caring about details of diplomatic objects as motives for their refusal to surrender. Of myself and those I knew best I can answer for the vision that made surrender impossible. It was the vision of the German Emperor’s face as he rode into Paris.”

The religious person in 2021 can take Chesterton’s wisdom (circa 1925) to heart. What are those values, issues, or absolutes that move our souls (in terms of earthly government)—what are the things we deeply love? At the federal (national) level, some of these things may include the economy (people need jobs to provide), education, military defense, health care, immigration, and human services (such as Social Security). There may be others. The religious person should focus on which value or values he or she loves most and vote for the candidate(s) who support their absolutes.

This leads to the big values or absolutes for this season in American cultural and political life: the Supreme Court. When it comes to the federal government, the things I love and the things that most threaten that love often vest in the Supreme Court. In this era the Court may be the most important branch of the federal government. Even the newly President Trump found out quickly that the courts got to determine whether his views on immigration could go forward. In that case, the courts trumped Trump. The actions (laws passed) by the legislative branches are also subject to the Court’s review. There is a second reason, however, why the Supreme Court is so important: it is the ultimate arbitrator of secular morality and civility in America.

In the late 1890s it was the Supreme Court that left us with the idea that schools and institutions across the land could be “separate but equal.” The practical result was that people of color were formally discriminated against for another half century until the same Court changed its mind and gave us Brown v. Board of Education. In the 1960s the Supreme Court gave instructions on what we may consider public (legal) civility when it decided the Miranda case. That decision instituted a type of morality and fairness in America’s criminal justice system by protecting the rights of individuals accused of crimes. In 1973 the Supreme Court essentially decided when human life began (or did not begin) in its decision of Roe v. Wade. In more recent years the Court has set the standard for defining marriage and, important to religious people, the Court regularly reviews cases that pit religious freedom against the government.

As religious Americans approached the 2020 elections, it was more important than ever that we should seek to elect good people who support our absolutes. Whether Americans have avoided electing politicians who also fall short of the glory of God (as many of us do at some level) seems doubtful, but the desire to do so should be encouraged. It is my hope that this moral optimism will continue to guide us in electing imperfect people to political office and spur our encouragement to people of religious faith to honor those values that they hold absolute.

*Bible texts credited to NKJV are from the New King James Version. Copyright © 1979, 1980, 1982 by Thomas Nelson, Inc. Used by permission. All rights reserved.

Mark Garavaglia has served as the president of Tyndale Theological Seminary in the Netherlands since 2012. Prior to that time, he practiced law in Illinois for nearly 25 years.