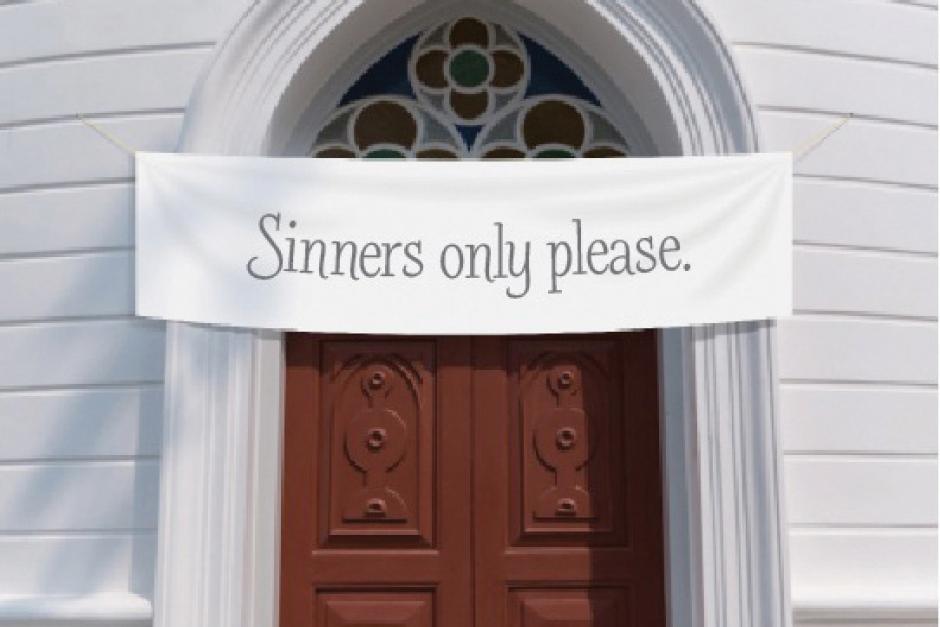 The rightful drawing—and blurring—of the line between the free exercise of one’s religion and the choices made by persons of varying sexual orientation has again become a major front in America’s continuing culture wars.

Most recently a law passed by the Mississippi state legislature and signed by the state’s governor, Phil Bryant, seeks to reinforce what many hold to be their First Amendment rights relative to the practice of their religious faith in light of the 2015 Supreme Court decision legalizing same-sex marriage.1 Among other things, the bill offers—in the words of one of its supporters, state Senator Jennifer Branning—“protection to those in the state who cannot in a good conscience provide services for a same-sex wedding.”2

Critics of the law, however, have denounced it as “the most sweeping anti-LGBT legislation in the U.S.”3 State representative Stephen Holland declared, “This is the most hateful bill I have seen in my career in the legislature.”4

This action by the state of Mississippi follows actions by other states along similar lines, such as a recent North Carolina statute overturning local city ordinances protecting LGBT persons from discrimination, in particular as these ordinances affect the use of bathrooms by transgender individuals.5 Similar measures passed by state legislatures in Georgia and South Dakota were vetoed by their respective governors in March of 2016.6

What the Law Says

What in fact do the specifics of the Mississippi law cover? How far does the law go?

To describe the measure as “sweeping” appears not to be an exaggeration, as it addresses not only LGBT persons but heterosexuals as well, whose lifestyle may differ from the tenets and lifestyle standards of religious conservatives. One online report, published by ABC News, describes the particulars of the bill as follows:

Specifically, religious organizations protected by the law can:

Decline to “solemnize any marriage” or provide wedding-related services based on their religious beliefs or moral convictions. Those services run a full gamut, from wedding planning, photography, disc-jockey services, and floral arrangements to cakes, venues, and limos.

Decide “whether or not to hire, terminate, or discipline an individual whose conduct or religious beliefs are inconsistent” with their beliefs or moral convictions.

Decide to whom they will sell or rent housing . . . based on their religious beliefs or moral convictions.

In addition, for others protected under the law:

Adoptive or foster parents can raise a child they’ve been granted custody of by the state with the same beliefs and convictions of those protected by the law.

Medical and therapy professionals can decline “treatments, counseling, or surgeries related to sex reassignment or gender identity transitioning” and “psychological, counseling, or fertility services” to people whose lifestyles violate their religious beliefs.

State employees and those acting on behalf of the state may recuse themselves from authorizing or licensing legal marriages, although they may not stand in the way of others doing so.7

A number of issues meriting analysis arise from the specifics of this legislation, several of which we will consider below:

First, no distinction appears to be made in this law between “religious organizations” and those providing wedding services, such as photography, floral arrangements, cakes, and limos—the latter more appropriately falling under the category of businesses for profit, as distinct from such religious entities as churches, church-owned institutions, or other ministries. While strictly religious organizations often provide the venue for wedding ceremonies and receptions, few provide such services as wedding photography, cakes, flowers, etc.

By contrast, the solemnizing of marriage relationships is in most cases a religious activity performed by clergy and religious organizations. No law existing presently at any level of American society constrains a church or religious ministry to grant its blessing to any relationship contrary to its theological or moral beliefs. This is true not only for gay marriages, but for many straight marriages as well—those, for example, involving persons divorced on grounds other than those sanctioned by the church in question, or marriages between members of a particular denomination and members of another—a practice opposed by many conservative religious communities. To the writer’s knowledge, no legislative or judicial ruling currently in progress, or even in the initial stages, exists anywhere in the United States just now that would govern the choices of clergy, churches, or ministries in this regard. This aspect of the Mississippi law is therefore quite unnecessary.

Second, the law in question seems equally unclear as to whether strictly religious organizations or private for-profit businesses are the focus of the provision “whether or not to hire, terminate, or discipline an individual whose conduct or religious beliefs are inconsistent” with their beliefs or moral convictions.8 The right of religious organizations to hire, terminate, or discipline employees on these grounds was upheld in a 9-0 unanimous ruling by the U.S. Supreme Court in the 2012 Hosanna-Tabor decision.9 This ruling defined in very broad terms the definition of a “minister,” as the plaintiff with whom the case originated was a teacher who taught a variety of nonreligious courses at a Lutheran church school.10 This case has caused a number of religious entities, such as the Catholic Archdiocese of Cincinnati (Ohio) in 2014, to simply add “minister” to the title of all their workers, and to require them to sign a contract renouncing such behaviors as sex outside of marriage, living together out of wedlock, practicing a gay or lesbian lifestyle, or even speaking in defense of these particular choices.11

But should it be legally permissible for a private business owner, whose religious beliefs condemn the sexual choices of persons employed in such a business, to be permitted to discriminate on these same grounds? Should the owner of such an establishment be given the legal right to hire, fire, or discipline workers based on religious or moral beliefs the workers do not themselves acknowledge? Members of conservative religious organizations or ministries—in particular, employees of such entities—have in most cases joined such organizations willingly and thus by choice subscribe to the organization’s doctrinal and moral agenda, to which they can thus be held accountable in the event they stray from it. But should profit-driven businesses be permitted to operate in this fashion? How does that protect freedom of conscience on the part of the employee who labors in such a business solely for a livelihood and not because of agreement with the owner’s religious or moral views?

Equally unclear is the question as to whether this law would not only permit such merchants as photographers, florists, and bakers to discriminate against gays, but also restaurant owners and perhaps others. If, for example, a conservative Christian restaurant proprietor were to refuse service to a gay couple—in the event, perhaps, of a public display of affection by the couple—would such a business be permitted by this law to tell such persons, “We don’t serve your kind here”?

Third, as noted earlier, the Mississippi law in question appears to open the door to housing discrimination not only against LGBT persons, but also against heterosexual couples living together out of wedlock. As cited above, the law permits landlords and real estate owners to “decide to whom they will sell or rent housing . . . based on their religious beliefs or moral convictions.”12

Without question, this aspect of the law permits religionists holding a particular set of beliefs to deny essential services to persons who don’t share them. This would seem a clear-cut case of one person’s conscientious convictions creating material and physical hardship for others holding a different set of conscientious convictions. In a truly free society, religious liberty cannot be used to forcibly create or impose tangible hardship on the consensual choices of others.

Fourth, to whom—religious organizations, private businesses, or both—does the permission to set gender-restrictive standards apply with reference to bathrooms, spas, locker rooms, showers, and similar facilities, as allowed by this bill?13 Again we are led to ask whether strictly religious organizations even need such permission under current or even foreseeable law. So far as businesses that professedly serve the general public are concerned, the right to refuse accommodation to diverse segments of the population seems—at least to the present writer—difficult to justify.

Fifth, the Mississippi lawmakers deserve credit for seeking to craft an accommodation for all parties concerned relative to the issuing of marriage licenses by public officials. Unlike the recent dispute in Kentucky, which saw a state official not only refuse marriage licenses to gay couples but also forbid her deputies to issue them, the Mississippi law permits officials in this capacity to refuse to grant such licenses if in conscience they cannot grant them, but at the same time prohibits the officials in question from standing in the way of others issuing the licenses. In this way, one can hope, the convictions and choices of all can be protected.

Sadly, it would appear this principle—as we have seen—does not apply to other important aspects of this legislation.

The ultimate fate of both the North Carolina and Mississippi laws will likely be determined in the courts. Unfortunately, it seems that the effort of too many conservative religionists to protect their own freedom of conscience is not being pursued with an eye to also protecting the freedom of others. Without question, religious organizations must have the right to maintain doctrinal and moral standards for those choosing to be employees or members of these entities. But by the same token, those who choose a different course for their lives and spiritual outlook must have their choices safeguarded also.

So far as the conduct of profit-driven business is concerned, conservative religionists in such settings must ask themselves to what extent the business they practice routinely facilitates the pursuit of behaviors their religious faith disapproves. And they must ask themselves if such facilitation truly makes them responsible for the behaviors in question. Does baking a cake for a gay wedding, for example, signify the baker’s endorsement of the couple’s relationship any more than the baking of a wedding cake for a Catholic ceremony by a Protestant baker signifies the baker’s endorsement of transubstantiation and the Mass—which form an integral part of a Catholic marriage ceremony? Do Seventh-day Adventist or Orthodox Jewish landlords who rent to non-Sabbathkeepers become morally responsible for those living on their property who, according to the landlord’s beliefs, are in weekly violation of one of God’s commandments? How is a Sabbathkeeper renting to a non-Sabbathkeeper any different from a landlord who believes sex is reserved for marriage choosing to rent to a couple living together outside of marriage?

The only path to societal tranquillity and mutual understanding on these points, it seems, is to recognize at long last that certain issues of intimate conduct belong strictly within the realm of theological and moral persuasion, and lie fully outside the purview of the secular state. Similar clarity is essential so far as the distinction between the world of commerce and the world of religious ministry is concerned, and the point at which faith-based restriction leaves off and a believer’s exemplary witness takes over.