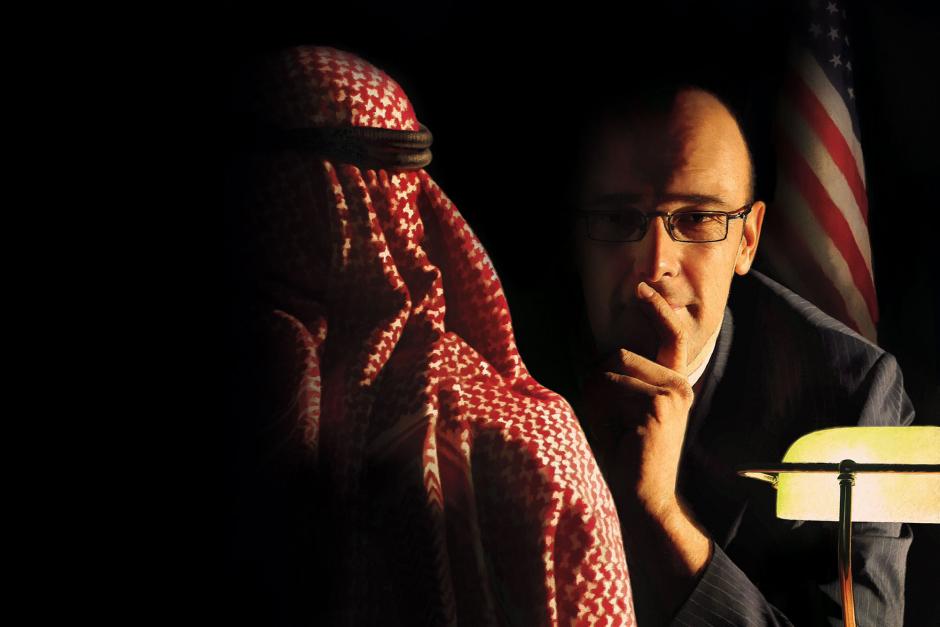 Prince Saud Al Faisal can be an imposing figure. The Saudi foreign minister is a large man with decades of experience dealing with Saudi Arabia’s place in the global universe. Much of that aura disappears, however, when the conversation begins.

I was in Riyadh seated across from the prince, illuminating the nooks and crannies of our brand-new International Religious Freedom Act. As ambassador-at-large for the United States, I saw my role as one of “promoting” religious freedom. Others in Washington, D.C., wanted to put the emphasis on “punishing” those who were out of compliance with what our Congress had legislated. They were the decibel-raising chest beaters, the testosterone warriors who believed in harsh sanctions at the drop of a church closing. They knew that inflamed rhetoric works in Washington. Unfortunately, it works nowhere else in the world.

The foreign minister listened to my presentation intently. He showed me the utmost respect. I think he was pleased that I had come, not to curse the darkness, but to light a candle for religious freedom. That “candle” now had the added force of congressional support. The law was on my side.

But it was his turn to talk. “Now let me tell you about divine legislation.” He had my attention! I listened quietly, respectfully, as he discussed his faith and the unique role of faith for Saudi Arabia, namely, the protective custody of two of the three high holy sites of the Islamic faith (Mecca and Medina), which fall within the Saudi Arabia national boundaries.

I realized that we were each acknowledging something about the other. We were exchanging existential realities: it was not whether the other was right or wrong, but what the other believed to be true. It’s always easier to respect beliefs than to change them. Understand the best of your own country’s position. Know enough about your neighbor’s to show it respect. Respect is not endorsement, neither is it compromise, but rather the quiet gleaning of the other’s existential reality. Many good initiatives are lost, prematurely, when the message is drowned out by a methodology that lacks respect.

Our meeting produced results: private worship by religions other than Islam was sanctioned by the government. Essentially a house church was allowed. For Saudi Arabia this was a huge step forward. Granted, there is a long way to go, and this issue will ebb and flow in the meantime. But a positive foothold was established, one based on a culturally sensitive methodology, understanding and respecting the other.

We now have another issue that the U.S. State Department wishes to highlight: human rights that specifically protect gay communities. We want other countries to design their laws to protect the gay lifestyle. We’ve gone so far as to say that we will hold countries “accountable” for movement in this direction. Supposedly that means that this issue will have a bearing on our foreign aid, potential trade agreements, security pacts, and the like. Given the fact that this issue is still very much in process in our own courts, it is being “offered” to the rest of the world with a little bit of hubris.

Unlike religious freedom, the issue of gay rights is more difficult for the United States to promote. It is clear that major segments of our society continue to be troubled by the need for gay rights. Additionally, virtually every major religious denomination has struggled with this issue, with fallout on all sides. Our politicians appear to be equally conflicted, continually “evolving,” enough so that one has to wonder if this is more about votes than values. Granted, attitudes appear to be changing, with much of that change happening in the past two decades. This issue has become dominant in American culture. The patriarch of Duck Dynasty notwithstanding, this issue appears ready to continue to move inexorably forward. For now, it is part of our existential reality, howbeit a long way from our Founders’ intentional support of religious freedom.

How would we hold other countries accountable regarding this issue? Those countries that are Islamic in nature and governance would find it exceedingly difficult to make changes to satisfy an American request. This might give new meaning to “a bridge too far.” But there are also majority Christian countries in Asia and Africa who simply will not budge on this issue.

Some months ago I received a call from a former colleague with whom I worked while at the State Department. She wanted both help and advice on getting pro gay rights laws enacted in Uganda. I knew immediately the size and steepness of the hill she had decided to climb. The AIDS epidemic, in the minds of many Africans, started in Uganda. Uganda was “ground zero” for an epidemic that almost wiped out an entire continent. Once the disease was detected, Uganda took a very aggressive approach to solving this killer. Training programs were begun, information was promulgated along the truck routes that had aided the spread of the disease. Uganda asked the world community for help in getting ahead of the curve and stopping the disease through proper education. The country’s efforts were honest, open, helpful—and heroic—to all of Africa and the world.

Now this country was being pressured to adopt laws to protect gay rights. The difficulties are obvious. How easy is it to legalize gay rights when, rightly or wrongly, a country feels that this behavior carries a disease that almost destroyed a country, if not a continent? And how does another country hold Uganda “accountable” in the process? To have so little respect for Uganda’s reality suggests societal naiveté at best, and at worst cultural imperialism. There is obviously something wrong when human rights have to be coercively applied.

One of the mantras of religious freedom is that for faith to be authentic, it has to be freely embraced. Coercive initiatives toward religion are anathemas to its freedom. Might we be crossing that line with this issue? When do we switch from “promoting” to “punishing”?

There have been stirrings in the State Department to tie the issue of gay rights to religious freedom. The logic behind this desire is hard to explain, but the possibility continues to be pushed, regardless of logic.

It is true that religious freedom is foundational to all human rights. Freedom of conscience and belief introduces our nation’s Bill of Rights.

Thomas Jefferson saw it as our “first freedom,” allowing for other freedoms such as assembly, speech, and press to also be free. If we were ever put into a situation in which religious freedom was lost, all of the other freedoms that we prize would be gone as well. It is also true that when religious freedom is weakened in any way, all of our human rights are similarly weakened. There is a certain logic for putting religious freedom at the tip of our human rights spear for other countries. This is a right that commands universal agreement in the United States. Religious freedom is the very definition of “settled” law, and encumbering this right with issues far less settled, both within and without the country, does not seem to be a wise step forward.

So how do we address this emerging issue in foreign affairs, an issue that is so societally complex and controversial? Pope Francis recently surprised a lot of people when the issue of gay rights was broached with him. “The church is obsessed” with this issue, he said, a phrase that also suggests that this was not where he wanted to stand his ground.

More than stepping away from confrontation, however, Pope Francis clearly wanted to change the tone of the discussion. He obviously did not want methods to destroy message, for he was quick to point out what that main message was. Above all, he did not want to lose “the freshness and fragrance of the gospel.”

It is much better to listen with love than confront with judgment. We all must come to see the existential reality of the “other.” With listening comes respect and honor for the human dignity of all persons.

Hopefully it is obvious that we need to avoid the “We have it; you need it; look out, world, here we come” approach. Rather we need to take the time to listen intently, understand fully, and proceed cautiously. We need to get both the substance and the tone right. We also need to know the difference in “promoting” versus “punishing.” Mutual respect will go a long way in making this come out right.

A Final Word That Speaks to the Christian

We come at such an exercise from a position of profound strength. Our spiritual reality is based on an exclusive King and an inclusive kingdom. We celebrate the “whosoever” of John 3:16; an inclusive word for our time and all time.