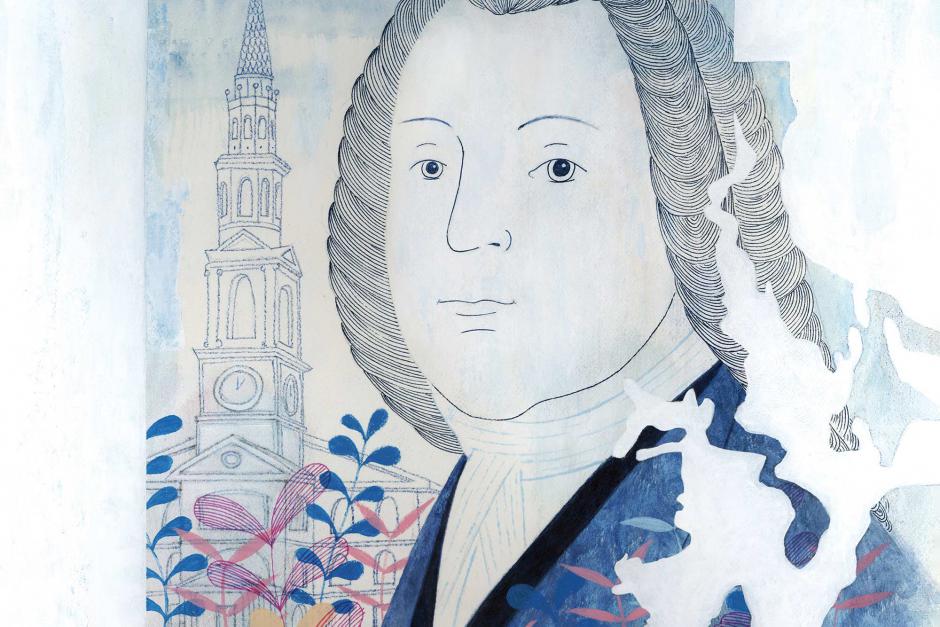 In the film Reds, Warren Beatty’s biopic of the radical journalist and, for a time, Lenin sympathizer John Reed, we first see Reed chasing a runaway horse-drawn vehicle during his time with the revolutionary Pancho Villa. At the end of the film this image emerges once again, where Reed, disillusioned by the Bolshevik Revolution, once again is chasing another horse-drawn vehicle.

This symbolism aptly fits Roger Williams (1603–1683), a Puritan minister, the foremost proponent of the concept of the separation of church and state, and dogged promoter of “free thought.” Williams was forever chasing his “horse-drawn carts” and after catching them, he found them insufficiently radical for the brand of libertarianism he favored.

In the 1930s expensively educated students at college, as typical of that age group, often became Communists in a burst of youthful enthusiasm.And less explosively, many, now middle-aged, wandered back to conservatism (with the key component of anti-Communism).But, as George Orwell perceptively noted, the Communism of that time, which demanded slavish worship of Joseph Stalin, was as dogmatic in its way as the Catholic Church was.

In the seventeenth century Williams made his switch, ironically, at Cambridge. His turn was religious. Raised in the exclusive Anglican Church of England, Williams became a Puritan. But he never accepted any of its literal-mindedness and dogmas or that of any other denomination. It was because of this that he was repelled by fellow college student Oliver Cromwell, in which the future religious dictator was already in thrall to a warlike “God Is on Our Side” Manicheaism. Williams never succumbed to such views even when he was being persecuted.

His collegiate switch to Puritanism was a radical, even life-threatening, act. For whatever the image and behavior of New World Puritans—that of fanatics who installed a theocracy in seventeenth-century Massachusetts—in seventeenth-century England it took intellectual as well as physical courage to declare for religious “purification.” Castigating the official church of Britain, the Anglican Church, as hopelessly corrupt and challenging the religious basis of the monarchy, the divine right of kings, could earn these dissenters imprisonment, torture, and, in some instances, burning at the stake.

One cannot overestimate the influence of key figures of that on Williams. The son a merchant tailor, with an astonishing gift for languages (in America he learned the Indian language, and even wrote the first dictionary of their lexicon), the teenager was apprenticed in his formative years to Sir Edward Coke, England’s premier jurist. Although Coke had some conventional religious beliefs, he nevertheless veered dangerously close to detaching the Anglican Church from its partner, the monarchy. As chief justice of common law courts, Coke sought to rescue religious dissidents from ecclesiastical judges with a penchant for torture and execution.

From this springboard Williams asserted that all religions should be afforded equal treatment in court (i.e., Muslims and Jews). Williams would also go further than Coke in the latter’s measures toward the separation of church and state.

Williams was part of the “second wave” of Puritans who left England to create a “purified” religious community in the New World. He settled in Salem in 1631: it was the epicenter of masochist theocracies. Williams for a while preached in the Salem church, but his views that governmental tampering in religion was a violation of “soul liberty” soon brought him into court. Williams was forced to step down as a Puritan pastor for his advocating the “wall of separation” between church and state. The verdict was that, as a pastor, and later as a preacher in his home to his like-minded citizens, he had expressed “new and dangerous opinions, in particular his denial of the magistrates’ authority in religious matters, and his seditious letters, one in thename of the Salem church attacking the General Court, and the second to the Salem church urging their separation from the other churches of the colony.”

And what were these “new and dangerous opinions”?

Williams asserted, couched in religious terms that the government should not be involved in religious manners. Citing the religious wars of the Old World, which he said resulted in “oceans of blood,” he stated that when a government favored one denomination over another, this was “forced worship,” which “stinks in God’s nostrils.” He also wrote that “God is too large to be housed under one roof” and that there is“no regularly constituted church of Christ on, nor any person qualified to administer church ordinances.” For a government to oversee the individual’s relationship to God was for Williams a “rape of the soul.”

But Williams insisted that his views were not new. The separation of church and state was formulated by early Christians: “God’s people, since the coming of the King of Israel, the Lord Jesus, have openly and constantly professed, that no civil magistrate, no king nor Caesar, [has] any power over the souls or consciences of their subjects.”

Equally threatening to the Boston authorities was Williams’ view toward neighboring Indian tribes.Almost alone about Indian relations in the seventeenth century, he didn’t regard them as “savages” but the equal of Whites:

“Boast not, proud English, of thy birth and blood,

Thy brother Indian is by birth as Good.

Of one blood God had made Him, and Thee and All,

As wise, as fair, as strong, as personal.”

As such, he refuted the idea that all discovered lands where Indians lived belonged to the monarchy (known as the “royal charter”).

Convicted of “sedition” and “heresy” and ordered banished from Salem by the Boston court, Williams soon had the opportunity to put his beliefs in practice.In 1636 he, along with some followers, left Salem and founded Rhode Island (after purchasing the land from the Indians).Believing that God had guided him and his followers to this area, he christened the settlement “Providence.”

Williams established the first area to practice the separation of church and state in the New World. To merge the two, he held, harmed not only democracy but religion as well. Theocracies were themselves heretical in their determination to oversee the individual’s relationship to God. To rob the individual of this personal relationship went against Scripture; Williams believed the only “true” religions were based on a voluntary and free conscience.

Politically Williams innovated majority rule. The religious minorities who came to Rhode Island could become “full citizens” by majority vote.He codified the idea that the government could rule only in civil matters. As such, the Providence government could not punish those who violated the religious principles contained in the Ten Commandments, such as “idolatry, Sabbathbreaking, false worship, and blasphemy.” Of these “violations” Williams wrote:

“But who is to decide who truly fears the Lord? The magistrate has no power to enforce religious demands. The laws of the First Table of the Ten Commandments are not regulations for civil society or a political order.They belong to the realm of religion, not politics.”

A century before Thomas Jefferson (who cited Williams as “the original thought influencer on the First Amendment”), Williams asserted that civil authorities could rule only from the “moral principles” of the Bible. Thus, citizens could be prosecuted for “robbery, adultery, or murder.”

But Williams was more radical than Jefferson. In opposition to the slave-owing Jefferson, Williams was anti-slavery. When Massachusetts introduced laws legalizing slavery in the New World, Williams in 1643 helped pass a law designed to halt the introduction of slavery into Rhode Island (this did not prevent Newport from joining the African slave trade in 1700, decades after Williams’ death; Newport would become, according to historians, “the leading port for American ships carrying slaves” until 1776).

Williams did help found a denomination: in this case, the Baptists. In their doctrinal statement Baptists supported the separation of church and state and an immersion baptism for believers only, rather than “infant baptism.” Although Williams supported such ideas, he was careful not to affiliate himself too closely with the Baptists.

For those who historically “attack dead White males” as racist Bible-thumping hypocrites, Williams was by any standards a libertarian: indeed, one could call him a religious one. Still, he held the then-subversive view

(and in some circles equally subversive today) that Christianity was not essential for a “moral” and “secure” government. He hated theocracies and the wars that resulted from favoring one religion over another. He saw Indians as the equal of Anglo-Saxons. A decided Christian, he was inclusive toward all religions: “It hath fallen out sometimes, that both Papists and Protestants, Jews and Turks, may be embarked upon one ship; upon which supposal I affirm, that all the liberty of conscience, that I ever pleaded for, turns upon these two hinges—that none of the Papists, Protestants, Jews, or Turks be forced to come to the ship’s prayers or worship, nor be compelled from their own particular prayers or worship.” “I acknowledge that to molest any person, Jew or Gentile, for either professing doctrine or practicing worship merely religious or spiritual is to persecute him, and such a person (whatever his doctrine or practice be, true or false) suffers persecution for conscience.”

In this Williams was much more tolerant than John Winthrop, who sought a closed community of European Christians. For Williams all religions had an equal place in society. But he also parted company from the aristocratic Winthrop in other matters. Winthrop believed that God determined who was rich and who was poor, and for the poor to rebel against the rich was a violation of God’s will: “the poore, and dispised” should not “rise vpp against their superiors, and shake off their yoake.”

Although mostly concerned with matters of separation from church and state and the perils to individual liberty, Williams did not share Winthrop’s view that God wanted the “dispised” to stay in their place. The class structure of society was not ordained by God, but was a matter of economics that was alterable.

After an examination of his life in detail, it is apparent why Williams deserves the title of the father of the separation of church and state. He practiced what he preached, favoring neither religion over government nor vice versa.