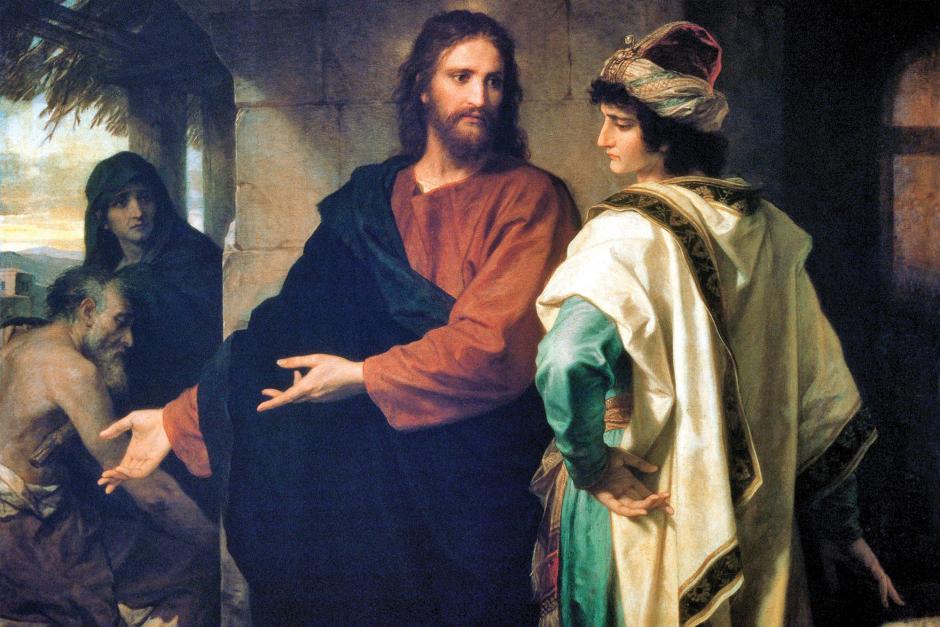 Why should social justice be cast as incompatible with Christianity?

Even a cursory reading of the Bible leads to the conclusion that justice for the poor and oppressed is of vital importance to God. Speaking through the prophet Isaiah, the Lord rebuked the religionists who enthusiastically engaged in worship rituals while neglecting the injustice all around them:

Learn to do right; seek justice. Defend the oppressed. Take up the cause of the fatherless; plead the case of the widow” (Isaiah 1:15-17).1

Centuries later the religious leaders during the time of Christ were still emphasizing religious observances at the expense of justice for the oppressed: “Woe to you, teachers of the law and Pharisees, you hypocrites! You give a tenth of your spices—mint, dill and cumin. But you have neglected the more important matters of the law—justice, mercy and faithfulness” (Matthew 23:23).

How did Jesus respond to this misguided spiritual focus? Quoting Isaiah, Jesus announced His mission to proclaim “good news to the poor,” “freedom for the prisoners,” “recovery of sight for the blind,” and “to set the oppressed free” (Luke 4:18).

What is it about the poor and oppressed that calls for God’s attention so consistently? These are often the marginalized of society who lack the financial, social, and political capital necessary to get ahead in the world. And God reminds us that it is these groups He especially cares about and on whose behalf we need to speak.

“Is there not much due to them from the white people? After so great a wrong has been done them, should not an earnest effort be made to lift them up?”

Yet “social justice” is a controversial idea today. The term is often associated with ideologies like communism and socialism. Conservative radio host Glenn Beck, for example, claims that “the term ‘social justice’ has been completely perverted and hijacked by progressives.”2 Even if that is the case, I propose that Christians who seek to follow the Bible ought to reclaim the term social justice and become known as champions of justice in society.

To define social justice at its most basic level is the work of creating a just, fair, and equitable society for everyone, with a focus on advocating for the marginalized and oppressed. Of all groups, Bible-believing Christians ought to be able to get behind that idea. For instance, ask a Christian who believes in the sanctity of unborn life if they care about social justice. They should answer in the affirmative, since sensible laws protecting the unborn could be considered a form of social justice. Or what about laws addressing the affordable housing crisis and homelessness? Certainly Christians should be able to support efforts to “provide the poor wanderer with shelter” (Isaiah 58:7).

It was Christians, after all, who were on the forefront of such social justice campaigns as the movement to abolish human chattel slavery. In the United States, such influential abolitionists as William Lloyd Garrison, Frederick Douglass, and Harriet Beecher Stowe were all practicing Christians. Many abolitionists appealed to the authority of Scripture and wove biblical passages about social justice into their speeches and writings against slavery.

In his famous 1852 speech “What, to the Slave, Is the Fourth of July?” Douglass invoked the spirit and words of the Old Testament prophets as he lambasted the self-proclaimed “Christian nation” that enslaved African Americans:

“What, to the American slave, is your Fourth of July? I answer: a day that reveals to him, more than all other days in the year, the gross injustice and cruelty to which he is the constant victim. . . . There is not a nation on the earth guilty of practices more shocking and bloody than are the people of these United States, at this very hour.”3

Yet his Christian faith led Douglass to hold on to hope. “There are forces in operation, which must inevitably work the downfall of slavery. ‘The arm of the Lord is not shortened,’ and the doom of slavery is certain.”4

After the downfall of slavery, Christians were again leading the way in the struggle for civil rights in America. A lesser-known advocate for Black civil liberties was Ellen Gould White, a Christian and cofounder of the Seventh-day Adventist Church. In 1891, White, writing to fellow Christians, urged justice on behalf of the formerly enslaved:

“Are we not under even greater obligation to labor for the colored people than for those who have been more highly favored? Who is it that held these people in servitude? Who kept them in ignorance, and pursued a course to debase and brutalize them, forcing them to disregard the law of marriage, breaking up the family relation, tearing wife from husband, and husband from wife? . . . Is there not much due to them from the white people? After so great a wrong has been done them, should not an earnest effort be made to lift them up?”5

Echoing the command of Numbers 5:5–8, White—30 years after the Civil War—even called for restitution to be made to the formerly enslaved and their descendants:

“The American nation owes a debt of love to the colored race, and God has ordained that they should make restitution for the wrong they have done them in the past. Those who have taken no active part in enforcing slavery upon the colored people are not relieved from the responsibility of making special efforts to remove, as far as possible, the sure result of their enslavement.”6

Perhaps the most prominent name associated with the American civil rights movement is that of Martin Luther King Jr. Jesus’ command to “love your neighbor as yourself” propelled King, a Christian minister, forward in his dream for racial and economic justice. At the August 28, 1963, March on Washington for Jobs and Freedom, King quoted from the biblical prophet Amos as he called for a transformation of society:

The Bible and Economic Justice

Talk of economic justice raises the hackles of some Christians. This, at least as much as any other issue, widens the divide between American evangelicals and the more progressive social justice movement. Yet, while the Bible supports the idea of private ownership of property (see, for example, Exodus 20:15, 17) and the right of every person to enjoy the fruit of their labor, the Bible also endorses the idea that civil government can levy taxes (Matthew 22:21), and is not opposed to the idea that government can provide checks and balances to level the playing field between the rich and the poor.

For example, in ancient Israel God required the cancellation of debts every seven years. This was done explicitly for the purpose of aiding the poor of the land (Deuteronomy 15:1–5). Additionally, all real property reverted to the descendants of the original land owner every fiftieth year (Leviticus 25:13). These regulations created a kind of automatic reset button for the economy of Israel. White observed that the “regulations that God established were designed to promote social equality. The provisions of the sabbatical year and the jubilee would, in a great measure, set right that which during the interval had gone wrong in the social and political economy of the nation.”8

Social Justice and the Gospel

Is social justice a distraction from the primary mission of Christians to proclaim the gospel? In fact, God’s last-day “eternal gospel” (Revelation 14:6) reminds us to do justice. “Fear God and give him glory, because the hour of his judgment has come. Worship him who made the heavens, the earth, the sea and the springs of water” (verse 7). The prophet Isaiah informs us that true worship is combined with loosing the chains of injustice, setting the oppressed free, and sharing our food with the hungry (Isaiah 58:6, 7). Isaiah then explains that when we engage in this work God’s glory will appear in our lives (verse 8). Furthermore, those who believe in a last-day judgment will be interested in reading how Jesus will respond to those who helped the hungry, the foreigner, the poor, and the incarcerated: “Truly I tell you, whatever you did for one of the least of these brothers and sisters of mine, you did for me” (Matthew 25:40).

Why is doing justice for the least of these the litmus test for those who will inherit the kingdom? Because that’s what heaven is like. It’s a place where unselfish love is the reigning principle. And as Christians, what better way to start practicing the principles of heaven than by doing justice in the here and now?