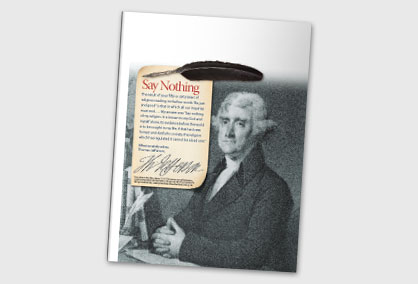 The result of your fifty or sixty years of religious reading in the four words "Be just and good" is that in which all our inquiries must end. . . . My answer was "Say nothing of my religion. It is known to my God and myself alone. Its evidence before the world is to be sought in my life; if that has been honest and dutiful to society, the religion which has regulated it cannot be a bad one."