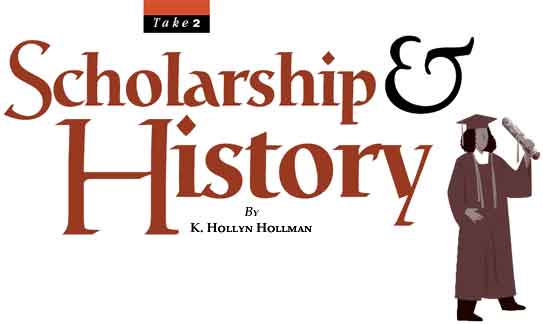 "To preserve freedom of conscience for all its citizens in matters of religious faith and belief, Washington's constitution limits the involvement of government. It limits both the ability to regulate religious activities and to fund religious activities." With that statement, Narda Pierce, attorney for the State of Washington, began oral arguments in one of the most significant church-state cases of recent years. During the next half-hour, Ms. Pierce worked continuously to return to her main themes—the state's longstanding interest in religious freedom, the narrow way that interest was protected in the context of the state's Promise Scholarship program, and the lack of any religious animus associated with the state's constitution. Most of the advocate's time, however, was spent simply trying to respond to the justices, whose rapid-fire questioning suggested complexities not easily resolved. Attorneys for the opposing counsel and the U.S. government faced equally demanding questions.

In Locke vs. Davey, the Supreme Court is asked to decide whether a state's college scholarship program that excludes theology majors violates the federal constitution, specifically the free exercise clause of the First Amendment. The case was brought by Josh Davey, a student studying for the ministry at an Assemblies of God-sponsored college near Seattle. He is represented by Jay Sekulow of Pat Robertson's American Center for Law and Justice. 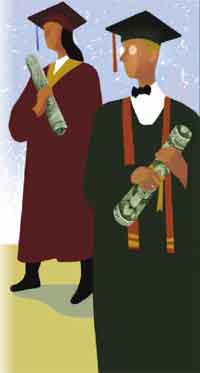 The import of the case may extend well beyond the parties. If Davey has his way, the case will also have a major impact on the law regarding government funding of religion in general.

Promise scholarships are awarded to in-state students graduating from high school who meet certain requirements. A student must meet academic criteria (certain class rank or score on college admissions test), income criteria (a set percentage below state's median income), and enrollment criteria (enrolled at least half-time in an accredited postsecondary institution in Washington, not using the scholarship to pursue a theology degree).

The state relies on the school to designate whether the student is pursuing a degree in theology. Scholarship students are not restricted from taking religion courses or even using their scholarship to major in religion where that major does not amount to a course of training for the ministry.

Recipients of Washington Promise scholarships may attend any accredited post-secondary institution in the state. Based upon past court rulings, we know that the program, even without the exclusion of theology majors, would be upheld as permissible under the federal establishment clause. But here the Court is being asked to hold that the federal free exercise clause requires the state to fund religious instruction when it pays for secular instruction, despite the state's own constitutional provisions that prohibit it.

Oral arguments demonstrated that the case is about much more than the alleged discriminatory denial of a subsidy, which had been the focus of most press accounts. The danger of a broad ruling in favor of Davey and the importance of the state's interests became more evident.

Justice O'Connor, who provided the swing vote in support of the Court's 2002 decision to uphold a voucher program in Cleveland, Ohio, voiced concern about making such funding mandatory on the states. Counsel for Davey admitted that the rule he was proposing would have a "major impact" on voucher programs and would affect the law in a number of states that have similar religious freedom provisions in their state constitutions.

The lack of flexibility in the rule proposed by Davey's attorney was also problematic to Justice Ginsburg. She kept asking him if he could identify some space between what the federal establishment clause law permitted and what the free exercise clause required in which states can make policy. Sekulow admitted that the rule he proposed would require treating private religious institutions the same as private secular ones.

The questions in this area demonstrate a basic lesson in federalism. While the federal Constitution defines minimum substantive rights, state law generally may provide greater protections. As stated at the outset, Washington's constitution provides more stringent anti-establishment and free exercise protections than the First Amendment. Specifically, it prohibits use of public money "for or applied to any religious worship, exercise or instruction, or the support of any religious establishment." This section is based on the statement that "absolute freedom of conscience in all matters of religious sentiment, belief and worship, shall be guaranteed to every individual . . . ."

According to an 1891 opinion of the state attorney general, these provisions were not "the work of the enemies, but of the friends of religion." The drafters "were unwilling that any man should be required, directly or indirectly, to contribute toward the promulgation of any religious creed, doctrine or sentiment to which his conscience did not lend full assent."

At the time of the state's adoption of its constitution, noted attorney Pierce, the provisions at issue were the only ones that applied to the state. The federal free exercise clause was not made applicable to the states until 1947. She argued that the scholarship program respects that concern for freedom of conscience by disallowing scholarship funds for religious training. While the particular line-drawing chosen by the state may leave it open for some inconsistent results, the program seems designed to balance principles of free exercise and no establishment. Those principles are often in tension with one another. Government should not interfere with the religious choices of individuals. Likewise, government must avoid sponsorship of religion.

Washington's attorney also addressed other points that deserve particular attention. First, it would be easy, but wrong, to equate any government-funding program with a government-created speech forum in which religious speech must be treated like other types of speech not sponsored by the government. By doing just that, the court below failed to acknowledge the state's interest in avoiding sponsorship and financial support of religion. As Justice O'Connor has noted, tax support for religion raises special establishment clause concerns. The purpose of the Promise Scholarship program was much narrower than a program designed to create a public forum.

Second, the free exercise infringement is not obvious in this case. As Justice Stevens noted, the state's program only burdens Davey's religious practice to the extent that "he practices it without a subsidy." It is important to recognize the distinction between a government regulation that truly burdens religion and one that merely avoids sponsoring a religious practice. As Justice William O. Douglas once observed, "The fact that government cannot exact from me a surrender of one iota of my religious scruples does not, of course, mean that I can demand of government a sum of money, the better to exercise them. For the free exercise clause is written in terms of what the government cannot do to the individual, not in terms of what the individual can exact from the government."

Third, in addition to ignoring important establishment clause values (avoiding state-sponsorship of religion) and misinterpreting free exercise rights (equating paying for religious education with removing a burden on religious practice), the lower court's decision improperly equates Washington's law with hostility toward religion. It is a popular tactic in the courts, as well as in legislatures these days. Unfortunately, it misses the mark and threatens to trivialize our well-grounded constitutional tradition.

As with many church-state issues, the importance of this case is too readily overlooked by superficial treatment. Defenders of religious liberty beware.