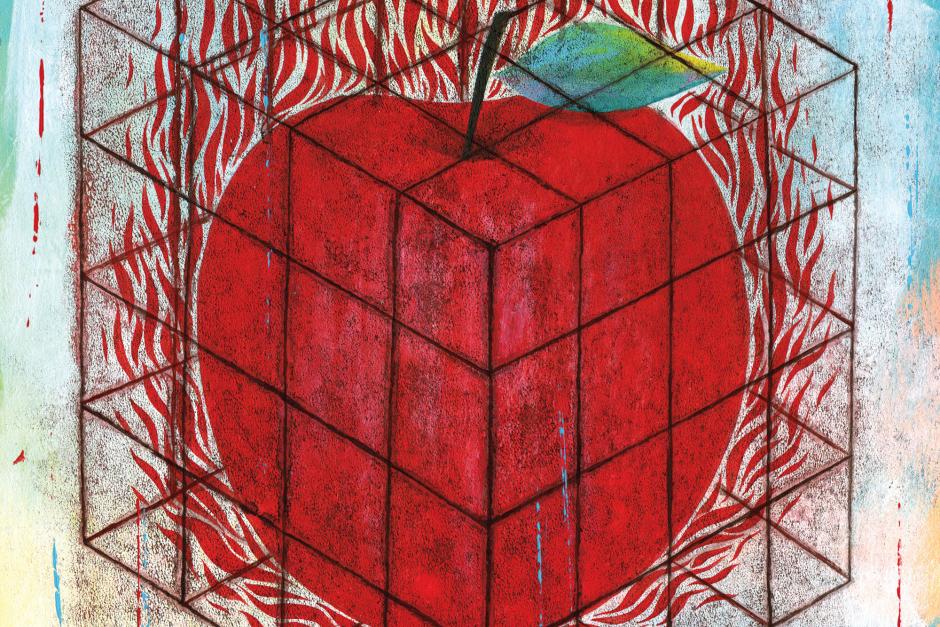 Why should American Muslims be the subject of secretive investigations and surveillance if their religious values and practices do not threaten American democratic values?

Bernard Lewis identifies classical Islam as a theocracy on a par with that of ancient Israel: “Among the Jews, for whose beliefs Josephus coined the term ‘theocracy,’ God was Caesar. For the Muslims, too, God was the supreme sovereign, and the caliph was his vice-gerent, ‘his shadow on earth.’”2 However, Lewis draws a fine line of distinction in defining Islam as a theocracy. If one thinks of it in terms of the monarchy of England, Lewis argues that the idea of a monarch as a supreme ruler resonates perfectly with the concept of Tawhid in Islam, of God as Supreme Sovereign. But, if one thinks of theocracy from an ecclesial form, Islam cannot be classified as such, since it has never had a system of priests who might offer direct rule.3

Similarly, Irene Oh summarizes the arguments of Abdul Maududi regarding Islam not being a theocracy, and states, “In his understanding of democracy, Maududi advocates popular rule, though not on the basis of the sovereignty of human beings. Rather, he advocates a democracy on the basis of the sovereignty of God, whose will is carried out by people. The difference between a theocracy and a democracy in Islam, then, is that in a theocracy, only a few religious leaders represent God, whereas in an Islamic democracy, every person can act as a representative of God. All individuals in an Islamic government enjoy the rights accorded to them as caliphs and therefore exist as equals in government.”4

For this reason, Islamic political theorists consider Islam as the “perfect democracy.”

Perhaps a more detailed elaboration of Islamic democracy is needed at this point. According to Sayyid Abul A’la Maududi, there are three principles involved in Islamic democracy: Tawhid (unity of God), Risalat (prophethood) and Khilafat (vicegerency).5 The principle of Tawhid argues that God is the Creator of the universe and that He is sovereign over all of it, including the inorganic elements. His will, expressed through commandments, is to be obeyed by all of His creation. Commenting on the interrelated nature of God’s rule remaining sovereign in order for human rule to remain intact, Seyyed Hossein Nasr remarks, “Even the power given to human beings to both know and dominate things is legitimate only on the condition that they . . . continue to remain subservient to that blinding Divine reality.”6

Risalat is the medium through which God’s law is communicated to humans. In Islam, this consists of two elements: the Quran as revealed to Muhammad and his life example (hadith) of its application, collectively known as Shari’ah.7 Each follower of Islam is expected to incorporate these teachings into his or her life, indicating complete submission to Allah. As Ebrahim M. A. El-Khouly states: “Committing oneself sincerely to the One God entails committing oneself to adherence to His law, which can only be obtained through His Messenger . . . ‘Whoever obeys the Messenger thereby obeys God (iv:80).”8

Since all Muslims are expected to adhere to Shari’ah as a sign of submission to Allah, they may rightly fulfill Khilafat (representation, or vicegerency). Choudhury explains, “Man, according to Islam, is the representative of God on earth, His vicegerent. That is to say, by virtue of the powers delegated to him by God, he is required to exercise his God-given authority in this world within the limits prescribed by God.”9 Since every person in Islamic society enjoys the powers of caliphate, they are equal. Thus, matters of state will represent the will of the people and the state’s authority will merely be derivative of the extended power of the people.10

Choudhury notes the fundamental difference between Western democracy (popular sovereignty) and Islamic democracy (popular Khilafat): “In the former the people make their own laws; in the latter they have to follow and obey the laws (Shari’ah) given by God through His prophet. In one the government undertakes to fulfill the will of the people; in the other the government and the people alike have to do according to the will of God.”11

He recognizes that “the separation of state and religion in modern western societies produced a clear separation between the realms of religious and temporal affairs,” leading to an independent development of social and religious, political and ethical, thought.12 He adds, however, that “in a religiously based socio-political system,” like that of Islam, “this separation does not exist.”13 Thus, an Islamic democracy as advocated by Choudhury does not resonate fully with modern concepts of democracy, especially with respect to the role of religion.14 In some Islamic countries, apostasy (defined as converting out of the Islamic faith) is punishable by death.

Other scholars, however, are investigating ways of accommodating Islamic beliefs and practice to democratic values. In The Rights of God: Islam, Human Rights, and Comparative Ethics, Irene Oh weaves a contemporary dialogue between three prominent Islamic intellectuals, one of which is ’Abdolkarim Soroush. He posits a “softer” form of democracy, which he refers to as “religious democracy.” She describes him as having “gained increasing prominence for both his intellectual and political roles in Iran and the larger Shi’ite community.”15 His concept of “religious democracy” envisions a democratic state that would allow for both “religious and nonreligious reasoning.”16 He argues that justice trumps religion and that the means to justice is through democracy; therefore, religion must adapt to democracy and not viceversa.17 He thus believes that “a democratic religious government requires extra-religious reasoning, including rational findings, as a sounding board for religious belief.”18 Nonreligious reasoning is necessary to counterbalance any religious expression that has gone astray.

I. William Zartman recognizes the dilemma of religion and politics in a democratic system that Soroush attempts to address. However, he offers several arguments against the compatibility of religion (Islam) and democracy. First, he notes that even under constitutional democracies, it is possible for religious politicians to be elected who, although using democratic processes, can overturn a democratic form of government.19 In attempting to determine each other’s proper sphere, religion and government engage in a circular debate of legitimacy in which neither is willing to recognize the other’s role.20 He further identifies the complexities of political discourse in attempting to discern those who are religious politicians seeking office in order to establish a religious order.21 Even the democratic process of electoral terms, usually short in duration, does not do justice to any potential religiously oriented political system, since the latter usually needs “the long run” to show itself beneficial to the social structure.22 Ultimately he points to historical precedents showing the weakness of the argument that religiously oriented governments learn moderation when confronted with the inability of religious principles and teachings to resolve complexities of modern politics—to the contrary, history shows they become more obdurate in their course.23

In response to some of Zartman’s critiques, John L. Esposito observes that critics of Islamist movements who state that they use electoral politics to hijack democracy fail to apply an equal critique to rulers of those countries who apply democratic principles, but only under conditions that will favor them remaining in power.24 Both are an abuse of democratic principles and systems of government. Additionally, the supposed global “Islamic threat” has provided support by Western powers, or at least their silence, when Islamist movements are suppressed.25 Under such conditions, Islamist movements resort to violence as their only option to repressive regimes.26 However, viable democratic strategies are possible when such concepts as an open marketplace are taken into consideration, by which Islamist movements must adapt their views and positions in order to appeal to a broader constituency.27 Finally, Esposito calls upon lessons from history that remind us of the length of time involved for the development of Western democratic nations: “All are challenged to recognize that democratization and the building of strong civil societies in the Muslim world are part of a process of experimentation, necessarily accompanied by failure as well as success. The transformation of the West from feudal monarchies to democratic nation states took time, trial and error. It was accompanied by political as well as intellectual revolutions that rocked both state and church in a long, drawn-out process, among contending voices and factions with competing visions and interests.”28

Since Islam contains principles that allow for compatibility with democratic norms, it is necessary to explore American Muslim interaction with religious pluralism in an American context.

Although speaking in the context of Article 18 of the United Nations Declaration of Human Rights, which guarantees freedom of religion and the right to change one’s religion, Fatema Mernissi correctly identifies the underlying philosophical tension existing between democratic concepts of freedom of religion and pluralism and Islamic resistance to such notions.29 She identifies such freedom of religion with the Islamic concept of shirk, “the freedom to think and choose one’s religion,”30 which in Islamic history is associated with jahiliyya, “the chaotic pagan world before Islam.”31 Thus, shirk is exactly the opposite of islam; whereas the former is the chaotic, disorderly element in the universe, the latter is order on earth and in heaven through submission to Allah. She concludes by stating, “It is in that brief Article 18 and the concept of shirk that the conflict between Islam and democracy lies as a philosophical debate.”32

Moving from the context of the Universal Declaration of Human Rights, a philosophical link exists between it and the concept of religious freedom guaranteed in the First Amendment of the American Constitution—the link is that of Enlightenment thought. Enlightenment concepts formed a large part of the intellectual milieu prevalent during the founding era in American history, and later, more advanced concepts of the same formed the basis for Article 18 of the U.N. Declaration.33 Thus, some fundamental concepts inherent to Islam are at odds with philosophical foundations of American religious freedom. In order for Islam, in its historic conceptualization, to embrace American ideals of religious freedom, it must undergo a reformulation, an ijtihad, that will bring it into harmony with the latter.

John L. Esposito reemphasizes this need when he identifies parallels between Roman Catholic struggles with religious pluralism in America and those faced by Islamic communities. He states: “A critical issue in Muslim politics today is that of pluralism. Historically, the monotheistic visions of both Islam and Christianity and the belief of each that it possessed the final and complete revelation of God and was charged to call all to salvation resulted in competing claims and missions and produced theological and political conflict. In the 19th and 20th centuries, much of mainstream Christianity grappled with and came to grips with the realities of pluralism in the modern world. The outcome was the result of a process of reform in which doctrines were reexamined and reinterpreted. For example, Roman Catholicism in the late 19th and first half of the 20th century resisted and condemned much of what was termed ‘modernism’ (from popular sovereignty and elections to pluralism). However, at Vatican II the church for the first time officially recognized and accepted pluralism.”34

Based on this historical precedent, Esposito suggests that Islamic scholars should engage in a reexamination and reevaluation of Islamic traditional sources that link foundational principles of Islam with modern concepts of religious pluralism,35 a point that is developed more fully in the last section of this article (read part 2 in the next issue of Liberty).

14 For a succinct yet comprehensive treatment of the current debate on apostasy (riddah) in Islam within the modern context of democracies, see Abdullah Saeed and Hassan Saeed,  Freedom of Religion, Apostasy and Islam (Burlington, Vt.: Ashgate Publishing, 2004), pp. 1-19.

33 Edwin Cook, “The Parameters of Social Justice and Natural Law Theory,” Journal of the Adventist Theological Society, 18, no. 1 (Spring 2007); also available at www.atsjats.org/publication.php?pub_id=327&journal=1&cmd=view&hash=.

Edwin Cook has a doctorate in church-state studies from the J.M. Dawson Institute at Baylor University. He writes from Waco, Texas.