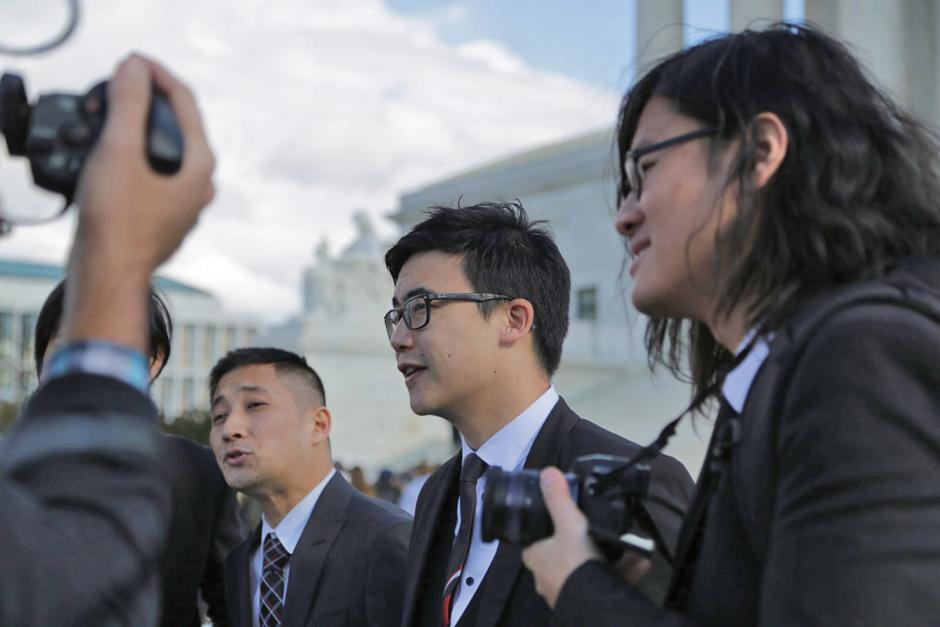 Two recent decisions by the United States Supreme Court relative to religious freedom and freedom of speech should give pause to those religiopolitical conservatives who insist that civil government is on a rampage against Christians and who believe the American secular state is determined to regulate speech in compliance with an agenda of coerced tolerance and legislated acceptance of diversity in various forms.

The first of the two decisions on which this article will focus is Matal v. Tam, a case in which a rock band based in Portland, Oregon, was given the right to register its name—which some held to be a racial slur—based on the free speech clause of the First Amendment. This decision was rendered unanimously on June 19, 2017, by the U.S. Supreme Court.1 The second of these decisions was Trinity Lutheran Church v. Comer, which involved the right of a church to receive state funds for the refinishing of a local playground surface at a preschool operated by the church in question, on the assumption that such a project had a secular rather than an explicitly religious purpose. This decision was rendered by a vote of 7 to 2 by the High Court.2

The case of Matal v. Tam commenced when musician Simon Tam applied for a patent for the name of his band, the name of which is The Slants. (The term slants is short for “slanty eyed,” which of course is a racial slur sometimes applied to persons of Asian descent, of which Tam is one.) Lower courts denied Tam his request for a patent under what is known as the disparagement provision of the Lanham Trademark Act of 1946, which forbids the use of disparaging language in names to be granted trademarks by the United States Patent and Trademark Office.3

Simon Tam and his band pursued their case through the courts, eventually ending up at the U.S. Supreme Court. In its June 19, 2017, decision the High Court ruled unanimously in favor of Tam and against the United States Patent and Trademark Office, insisting that “the disparagement clause [of the Lanham Act] violates the First Amendment’s Free Speech Clause.4

In an article reviewing various cases decided by the Supreme Court in 2017, the militantly progressive magazine The Nation wrote as follows regarding this decision: “The most encouraging decision of the recently concluded [Court] term involved free speech. In Matal v. Tam the Court ruled unconstitutional a federal law denying registration to trademarks that ‘disparage’ individuals. The trademark office had refused to register ‘The Slants,’ the name of an Asian-American rock band that sought to repurpose and reclaim an ethnic slur. In language that seemed as directed at campus speech controversies as at the case at hand, Justice Samuel Alito wrote for the Court: Speech that demeans on the basis of race, ethnicity, gender, religion, age, disability, or any other similar ground is hateful; but the proudest boast of our free speech jurisprudence is that we protect the freedom to express ‘the thought that we hate.’ Every justice agreed that the law was invalid.”5

The Trinity Lutheran Church of Columbia, Missouri, operates a licensed preschool and day-care facility that merged with the church in 1985.6 Though the facility has an open admissions policy, religious instruction forms a daily part of its program for the children enrolled there.7 Because it wanted to resurface its playground, the church and its preschool applied for a grant from the Missouri Department of Natural Resources, but was denied because the Missouri State Constitution declares that “no money shall ever be taken from the public treasury, directly or indirectly, in aid of any church, section or denomination of religion.”8

The church appealed its case through the court system, eventually ending up at the U.S. Supreme Court. On June 26, 2017, the High Court ruled in favor of the church by a 7 to 2 margin, the majority decision joined by such liberal justices as Stephen Breyer and Elena Kagan.9 The majority declared it “odious to our Constitution” to exclude the church from the state grant program, even though the consequences of such exclusion are only “a few extra scraped knees.”10

The two dissenters in the decision, Justices Sonya Sotomayor and Ruth Bader Ginsburg, declared that the ruling “slights both our precedents and our history, and its reasoning weakens this country’s longstanding commitment to a separation of church and state beneficial to both.”11 Further, the two dissenting justices stated that “the Court today profoundly changes that relationship [between church and state] by holding, for the first time, that the Constitution requires the government to provide public funds directly to a church.”12

What is most significant about the Matal v. Tam ruling is the High Court’s continuing consensus in favor of free speech, even what some would consider hate speech. As indicated in Justice Alito’s opinion cited earlier, this is especially noteworthy in light of recent controversies on a number of U.S. college and university campuses over the efforts of certain ones to curtail and even prohibit speech considered by some to be hateful. The Court’s unanimous willingness to allow the trademarking of a name that many will consider ethnically offensive indicates the breadth and depth of support for free speech on the part of liberals and conservatives alike, both on the Supreme Court and—as we have noted—in such militantly liberal magazines as The Nation.

The agreement noted above between The Nation and Justice Samuel Alito is reminiscent of the April 30, 2017, joint appearance on ABC’s This Week With George Stephanopoulos by Ann Coulter, the conservative commentator recently banned as a speaker by the University of California at Berkeley, and Robert Reich, former secretary of Labor in the Clinton administration and now a professor at Berkeley.13 Reich commented in his joint appearance with Coulter that he couldn’t recall the last time he and Coulter had agreed on anything, but that in this case they were in full accord. “There is no hate speech exemption for the First Amendment,” Reich insisted.14

Unanimous decisions by the U.S. Supreme Court are rare at any time, but never more so than in today’s polarized cultural and political climate. The Court’s unanimous support for unpopular, even offensive speech will not only form a major bulwark against efforts by extremists on the left to regulate such speech in academic and perhaps other settings; it will also make it difficult to regulate religious speech which some may consider exclusionary or condemnatory, whether for theological or moral reasons. It will also make it difficult for those on the extreme right to build a credible case for the imminent endangerment of free speech at the hands of left-wing “political correctness.”

At the bottom line, unregulated free speech is indispensable for both ends of the cultural and political spectrum, in addition to everyone in between. As the late Senator Edward Kennedy stated in a speech delivered at Jerry Falwell’s Liberty Baptist College (now Liberty University) in the fall of 1983: “Today’s moral majority could become tomorrow’s persecuted minority.” And in the words of Hendrik Hertzberg, of The New Republic, not long thereafter: “The First Amendment contains no requirement that the speech it protects be harmless. On the contrary, speech that somebody thinks is harmful is the only kind that needs protecting.”15

What we see demonstrated in Trinity Lutheran Church v. Comer offers evidence as to the persistent staying power of religious organizations at all levels of American life and government, despite the belief of certain ones that American society is confronting a new, militant, and hostile secularism in major national institutions, in particular the judiciary. Obviously this case raises any number of questions relative to the relationship of religious organizations to civil government and the use by the former of monies generated by the latter. But what is perhaps most significant about this case is the fact that it garnered support from two of the most liberal justices on the High Court, making a majority of seven against a minority of two. Though not as decisive as a unanimous decision, the judgment rendered in this case offers proof of a strong majority at the highest level of American justice in favor of leniency toward religious organizations so far as their use of government funds is concerned.

In the article cited earlier regarding the Court’s 2017 decisions relative to the First Amendment, The Nation had this to say regarding Trinity Lutheran Church v. Comer: “A third significant First Amendment case, Trinity Lutheran Church v. Comer, involved the religion clause, and specifically whether a state could decline to give financial assistance for playground renovation to an otherwise eligible recipient merely because it was a church. The Court’s 7-2 decision marks the first time in its history that it has required a state to provide financial assistance to a church. The majority opinion, written by Chief Justice John Roberts, stressed that the aid was for a secular purpose—refinishing a playground surface—and not for religious activities, which is why he may have been able to attract the support of Justices Elena Kagan and Stephen Breyer.”16

The merits of either side of this case would make for an extended discussion beyond the scope of the present article. But what seems clear at the moment is that a decisive majority on the Supreme Court is prepared to give broad latitude to religious organizations and institutions concerning access to public funds. It helps to remember that the preschool for which these funds were solicited is one in which religious instruction for the children enrolled is included in the curriculum, with no strings apparently attached relative to the content of the instruction given.17 Could this case perhaps have implications for the efforts of certain groups to prohibit the use of government funds on behalf of religious educational institutions that teach negative views of, for example, homosexual practice? Or religious institutions that promote teachings openly hostile to the beliefs of other religious communities?

Like the recent—and unanimous—Supreme Court verdicts in the Hosanna-Tabor18 and Zubik v. Burwell cases,19 the outcome of the First Amendment cases reviewed in this article reveal a broad consensus on the High Court with regard to the protection of unpopular, even hateful, speech as well as the right of religious organizations to uphold and propagate their doctrinal and moral tenets without state interference, even with the help of taxpayer funds. How these decisions will affect future cases of a similar nature may be arguable. But for now, at least, it seems most unlikely that the U.S. Supreme Court will find itself curtailing speech on either fringe of American politics or society, or demanding that religious groups and their sponsored institutions modify their doctrinal or moral witness for the purpose of obtaining monetary state assistance.