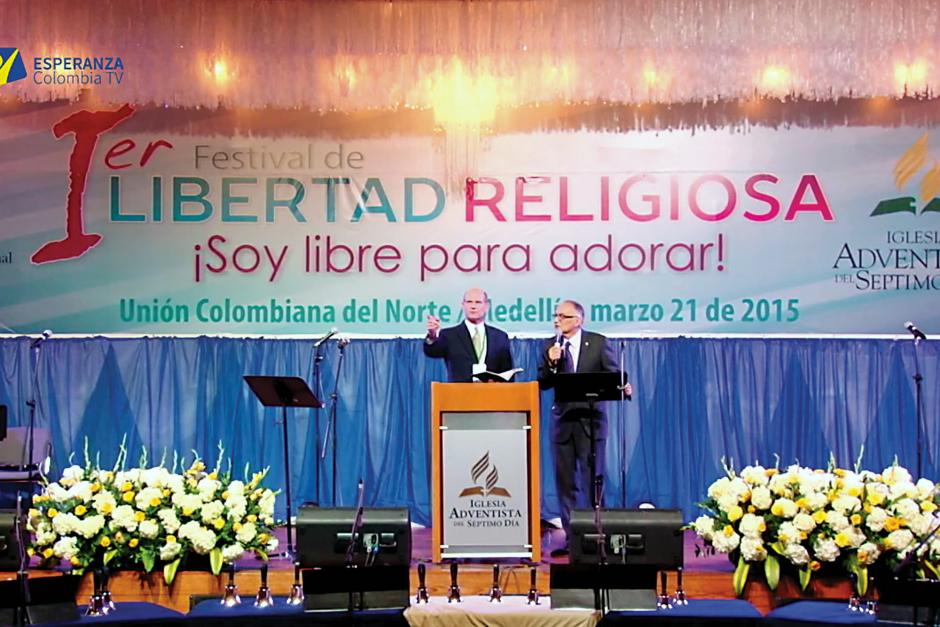 Dr. Wilson, you are the president of the Seventh-day Adventist Church: 19 million members in 204 countries! How does the lack of religious freedom affect the mission of your church?

We’re very grateful to God that in so many countries we are allowed full freedom to worship and to provide spiritual instruction and guidance. In a number of countries it may be more limited. In some countries we are greatly restricted by either culture or legal application, to the point where our church cannot exercise true religious freedom. And to that extent, our church cannot function as it normally does. And in reality, that is a difficult situation for that country itself. A country that provides religious freedom to its citizens is providing one of the strongest guarantees of stability and protection for a population that will increase in its effectiveness as a nation. That’s why governments and nations that provide religious freedom see marked growth and expansion in terms of social aspects, and certainly in the religious foundations of society, which provide a true basis of advancement.

You mean, you’re thinking about schools, hospitals, and so on.

Exactly. The infrastructure is not just a mechanistic thing. It becomes something that derives from people’s convictions, and from their understanding of what God wants to see happen in a person’s life. In terms of restrictions, Seventh-day Adventists and other churches and religious groups are greatly hampered in their attempts to build up society when there are restrictions for religious freedom.

Now Adventism is promoting the principles of religious freedom for all peoples, religions, and countries. Why for all, and why is your church so committed to cooperation with others?

First of all, it is the very basic right of every individual to have the freedom to choose how to worship and how to conduct your own personal spiritual activities. And so Seventh-day Adventists want to preserve that freedom for all. It is an essential in the personal development of an individual to have the ability to understand and then make a choice about their religious activities. Second, if we do not support and promote the freedom of others, we then, by extension, will also suffer. So it is extremely vital that we preserve the rights of others so that we too can enjoy that beautiful freedom. That’s one reason the International Religious Liberty Association we founded is so active all over the world, with chapters in different countries. The IRLA is not only helping Seventh-day Adventists, but, more important, helping government leaders, helping civic leaders, helping religious leaders, to understand that it is important to promote religious liberty and freedom of conscience for all people. And Seventh-day Adventists take this very seriously, and always will. Jesus Christ has indicated through the Scriptures that whatever you would have people do to you, you should do for them. So this is following a very important biblical principle that all are to be provided this precious, important tenet and foundation of human existence—the freedom to choose.

You have been a very strong supporter of the activities of the IRLA and religious freedom. You attended and were one of the speakers at the last World Congress, and the World Festival of Religious Freedom. Is it your way of showing that you are strongly supporting religious freedom? Are you attending to show support for the principle of religious freedom for all?

An individual’s presence should speak a lot about their innermost thoughts and intentions, and it is important that all of us as church members and as parties interested in religious freedom support public events that heighten and emphasize the importance of religious freedom. I have attended a number of events, some of them smaller, and some of them very large. It doesn’t matter what the size is. We must always emphasize this beautiful truth. If we let our guard down on this special initiative, then we will see the interest of individuals diminish in terms of lifting up this precious, basic religious principle. It’s important that church members will utilize materials such as Liberty magazine: to send these materials to government and civic leaders, to bring to the attention of leaders the importance of maintaining this very basic God-given right for every human being. That’s why it’s so important for me to be present at meetings that feature this important personal relationship with God; something that is vital for every individual around the world.

I know you have heard commendations from some of the religious leaders at various conferences for Adventists championing religious freedom. And you have attended religious liberty meetings of 25,000 to 30,000 (sometimes even 40,000 to 45,000) and heard them cry out, “We love religious freedom, and we want it,” and “Thank You, God, and thank you to the government where we are living.” How personally rewarding is it when you attend such an event?

It’s a wonderful feeling that one gets when you realize that there are thousands of people rising to the challenge of making sure that religious freedom is at the top of the agenda. It is also very impressive to see how government leaders respond when they realize that this is something that is held very close to people’s hearts and is precious to them. There is a special chord that is struck in the hearts of people, especially leaders, when they see that religious freedom goes far beyond simply some legal right that is provided, that it is intrinsic in the very core of every human being, because God created us—I believe He created us through His word, and we did not evolve through millions of years, but God created us in His image, as the Scripture says, and He inculcated in human beings the need to worship Him, and worship must not be coerced, but be allowed to develop in an unforced manner. That’s why religious freedom is so vital and so important. And when you leave a big event like that, you feel excited and happy that people are focusing on this subject. You can never walk away from an event like that, and fold your arms and relax in your seat thinking everything is fine. You must constantly be looking for the next opportunity to ask people to keep this at the top of the agenda. We need to challenge young people to be champions of religious freedom. We must help young people to realize that this is one of the greatest initiatives that they can nurture for the future. And it involves not only young people, but also every single one of us.

Dr. Wilson, you’ve traveled around the world, you grew up in Egypt, and you know and love the Middle East. What is your reaction when you read that Christians are being crucified and beheaded there?

The Middle East is a very special place, and it holds a very precious spot in my heart, because I did grow up in Cairo, Egypt. My earliest memories of life are the Middle East. And even to this day, I feel very drawn to that region. The people of the Middle East are, to a great extent, just like those anywhere. People who love their families love life, and they love the freedom that is offered to them. It is very disheartening and very discouraging to see where people are being denied their basic freedoms in terms of human rights and their ability to worship according to their conscience. It pains my heart to see where people, who because they believe a certain way, and specifically in this situation—Christians, who are standing for their faith—are being killed simply because they are Christians. That’s one of the main reasons Seventh-day Adventists are so determined to help all people everywhere protect the marvelous value of freedom of conscience and religious liberty.

The world is startled by the proliferation of religious violence. Doesn’t this threaten world stability?

Unfortunately, down through the centuries there have always been reactions to certain religious movements. People have counteractions toward those whom they see as invading their religious rights. And today we see an increased emphasis, unfortunately, on people attempting to promote their own religious views, not through the normal activity of sharing it and then allowing others to make a decision; but rather through violence and a determined effort to coerce people. We will be seeing more and more of this unless people fully recognize the need for a careful approach, which is certainly outlined in the Scriptures, where God says, “Come now and let us reason together.” Scripture is full of admonition to allow the conscience to be free to make a decision. In fact, God gave that basic opportunity at the very beginning of Creation, and that’s what sets us apart from the rest of the animal kingdom: that we were made in the image of God, with the power of rationally observing and thinking through the aspects that are placed before us. And in this particular area of religious freedom it is vital that people look to God for guidance and then speak carefully and rationally with each other as they protect the right of everyone to do so. We need to be constantly vigilant to help people realize the beauty that God has given to us in freedom of conscience.

As Seventh-day Adventists we are extremely grateful to the legislators and government of Colombia and other countries who have enshrined the religious freedom principle in their constitutions. We are extremely grateful for this development. What a marvelous opportunity religious organizations have in Colombia to promote the freedom to share the message of hope they have found in God and His eternal Word. As we look at areas where perhaps this freedom is not as high-profile, we would encourage those governments and political leaders to recognize such places as Colombia, which have allowed this wonderful freedom.

A final thought on the religious liberty challenge?

It is vital for everyone not only to focus upon their own freedom and religious activity, but to give of themselves in service for other people. Others, too, need this precious religious freedom. With religious freedom you can share with them your personal connection with God and what He means to you. God Himself has never forced us to accept Him. He wants us to accept Him out of love and appreciation for what He offers for our lives. And that, truly, is the very foundation of religious freedom. What a great privilege that is!