Perhaps it is not surprising that the classroom has become the battlefield of hot debate over public values. Schools, whether private or public, have often been the site of contention over values. They are the vehicles through which a society passes on its values and customs.

As La Forest stated in Ross v. New Brunswick School District No. 15: "A school is a communication center for a whole range of values and aspirations of a society. In large part, it defines the values that transcend society through the educational medium. The school is an arena for the exchange of ideas and must, therefore, be premised upon principles of tolerance and impartiality so that all persons within the school environment feel equally free to participate. As the board of inquiry stated, a school has a duty to maintain a positive school environment for all persons served by it.

Bruce MacDougall, a law professor and gay rights activist at the University of British Columbia, has argued that a minority group's struggle for equality requires three identifiers to be free from discrimination: (1) acceptance (compassion), (2) access to benefits others have (condonation), and (3) inclusion as a valuable group by the society (celebration). The gay community in Canada, he argues, has obtained compassion and condonation. The struggle now is for celebration. The celebration issues for the gay community include marriage and content of school curricula, he maintains.

The foremost obstacle to society's celebration of the gay community is the religious community. While there are some denominations that have embraced the gay cause, they are, for now at least, the minority. Religious communities that refuse to endorse the gay "rights" will soon undergo a relentless campaign to conform. As the levers of power are exercised by those sympathetic to the cause, they will be applied with increasing intensity on the nonconformists.

Canada has seen a dramatic turnaround in the legal system supporting gay demands. In the early 1980s the country adopted the Charter of Rights and Freedoms, which included the right of equality for a number of listed grounds, such as religion, race, and age. While "sexual orientation" was suggested at the time, it was rejected by Parliament. However, the words "in particular" were included in the description—opening the door for a future court to add "analogous grounds." In 1995 the Supreme Court of Canada (SCC) held that "sexual orientation" was indeed an analogous ground, and the Charter is now read with that in mind. The end result is that the homosexual community has obtained numerous benefits, from pension rights to adoption rights to full spousal rights. For the most part there has been little friction. That cannot be said, though, with respect to the homosexual community and the religious community.

Trinity Western University Case: In the case of Trinity Western University v. British Columbia College of Teachers the British Columbia College of Teachers (BCCT) took offense to Trinity Western University's (TWU) Community Standards, rules of conduct that the students were required to sign upon entering. TWU being a Christian institution, its code set out the student's responsibility to maintain "an atmosphere that is consistent with [the] profession of faith." One part required the student to "refrain from practices which are biblically condemned," including "premarital sex, adultery, and homosexual behavior." BCCT denied its own committee's recommendation to approve TWU's education program because "the proposed program follows discriminatory practices that are contrary to the public interest." Particularly offensive was the prohibition of homosexual behavior. The BCCT was afraid that teachers graduating from TWU would be biased against homosexual students in the public schools.

By an 8-1 decision the SCC found in favor of TWU, noting that one's freedom of religious belief was broader than religious practice. While the religious belief prohibited homosexual behavior, there was no evidence such a belief discriminated against homosexual students.

The majority was concerned about the hardship of TWU and its students by the BCCT's decision placing "a burden on members of a particular religious group and in effect, is preventing them from expressing freely their religious beliefs and associating to put them into practice. If TWU does not abandon its Community Standards, it renounces certification and full control of a teacher education program permitting access to the public school system." This despite the fact of no evidence of any harm caused by TWU graduates—for the SCC this was unacceptable.

The TWU decision was later applied by a lower court in Ontario in a case involving a homosexual student attending a Roman Catholic school. Marc Hall asked the principal for permission to take his homosexual boyfriend (who was not a student) to the graduation prom. The principal refused based on the teachings of the Roman Catholic Church. The court granted an injunction against the school and ordered that Hall was entitled to take his boyfriend to the prom. Justice MacKinnon had evidence from the local bishop that homosexuality was condemned by the Roman Catholic Church; however, there was also evidence that there were some in the church who questioned that doctrine. The justice was not convinced that the bishop's evidence was "the majority position."

One cannot but ask, "Since when was the Roman Catholic Church's doctrine based on any position of the 'majority' "?

Nevertheless, he held, "But I find that Mr. Hall is entitled in this court to question the correctness of the statement in the defendant's materials that Catholic teachings and Board policy in fact proscribe 'homosexual behavior' and a 'homosexual lifestyle' so as to justify prohibiting Mr. Hall from attending his prom with Mr. Dumond. If individuals in Canada were permitted to simply assert that their religious beliefs require them to discriminate against homosexuals without objective scrutiny, there would be no protection at all from discrimination for gays and lesbians in Canada because everyone who wished to discriminate against them could make that assertion." 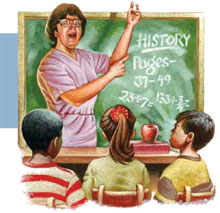 The church's teaching was in effect distasteful to the judge's sensitivity concerning society's change in sexual mores. It is time for the church to change. The court noted, "The idea of equality speaks to the conscience of all humanity–the dignity and worth that is due each human being. Marc Hall is a Roman Catholic Canadian trying to be himself."

The Marc Hall decision is very problematic for religious groups operating their own school system. It was a Catholic school; Mr. Hall did not have to attend classes there; he was free to go elsewhere; he chose not to do so. By choosing to attend a Catholic school, is there not a presumption that there is an acceptance of its rules and obligations? It was very obvious that the court was intent on eliminating the right of the school to determine for itself what was in keeping with Catholic faith. What is more, the court felt it had the authority to assist a member to unilaterally determine what was and was not Catholic doctrine.

Justice MacKinnon stated that the Catholic school was a "government actor" in that it received government funding, and thus was subject to the Charter. However, he made a further comment that has a chilling effect upon private schools: "Even schooling that is not funded by the government must still respect the right of the province to insist on certain minimal requirements in the education of all students" (Emphasis added.)

In commenting on the Hall case, Professor MacDougall states: "In the context of an accredited school or college, however, the state is lending or transferring its authority–and duties–to such institutions. The constitutional obligations of the state ought to be transferred with that authority and duty. Otherwise, as R. MacKinnon suggested, the state could handily avoid many of its Charter obligations by transferring its duties to religious organizations which could claim religious immunity from compliance with Charter guarantees of equality."

Thus, the logic continues, even though a private school does not receive government funding for its operation, it nevertheless receives governmental authority to educate students. MacDougall argues that such authority ought to be given only to those who will abide by "Charter guarantees of equality." In other words, those religious institutions that do not accept gay "rights" and "celebrate" the gay community within the school curriculum ought not to be accredited.
Given such developments, it is imperative that religious communities not remain silent. The implications of gay rights public policy needs to be explored further to ensure that the historical rights of religious communities are not lost in the clamor for equality–especially is this so with respect to religious schools.