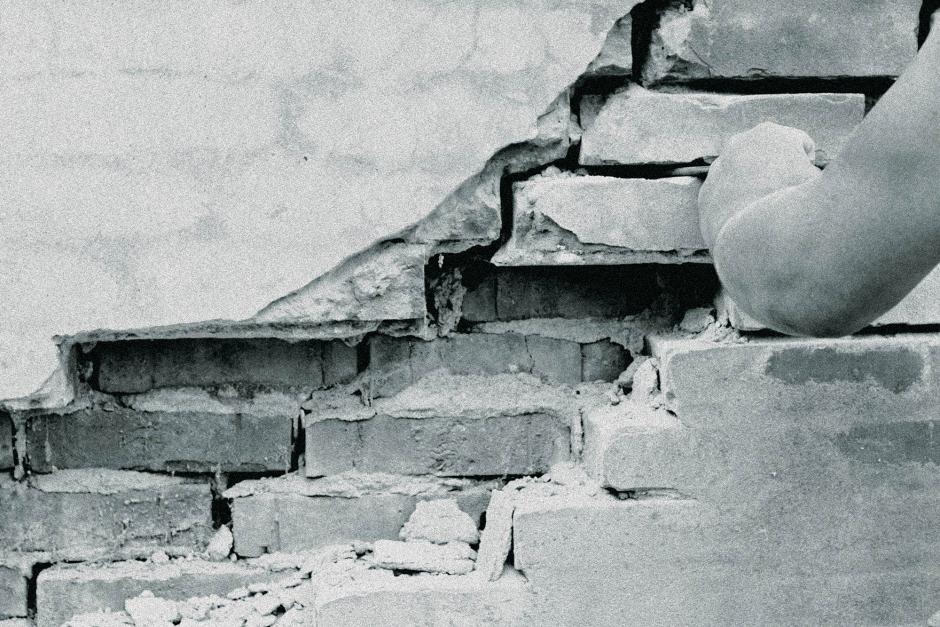 Tearing Down the Wall

This article is the first in a series tracing and explaining the battle for church and state in the United States. It highlights, in broad pen strokes, the key events, legal aspects, organizations, and societal movements that demonstrate how drastically the concept of church and state has changed in America within a lifetime. The series identifies how the Roman Catholic Church in particular, in conjunction with the Religious Right, has influenced social trends, legal thought and analysis, as well as politics, to erode foundational concepts of American democracy. The series will cover the various interpretations of the religion clauses of the First Amendment and analyze the development of each in the debate over church and state. The author adopts the position of separation of church and state as the most historically accurate understanding of the First Amendment and as the most beneficial toward societal peace in a religiously pluralistic society. The series is intended to warn of the perils a union of church and state will produce.

In 1986 President Ronald Reagan nominated Associate Justice William Hubbs Rehnquist to serve as the sixteenth chief justice of the Supreme Court, in which role he served until 2005. The chief justice began to question separation of church and state jurisprudence and argue in favor of an accommodationist viewpoint. Accommodationism argues that government may assist religion in the public sphere, provided that it assists all equally. This is not a full establishment of religion, but it is certainly opposed to a separationist viewpoint. Rehnquist referred to the separationist doctrine as a myth and to the wall of separation as only a metaphor based on the Danbury Baptist letter and not founded upon legal jurisprudence. He perceived what he believed to be inconsistencies regarding the Court’s interpretation and application of separationist jurisprudence. Prior SCOTUS jurisprudence decided each church and state case on its individual merits and recognized that each case varied in its unique character.

After several years of the Rehnquist Court’s novel interpretations, attorney and humanist scholar Derek Davis wrote Original Intent,1 in which he analyzed the judicial philosophy of Rehnquist. Davis asserted that Rehnquist was introducing an accommodationist interpretation of the religion clauses, contrary to the original intent of Founders such as Jefferson and Madison, and that Rehnquist could lead the Court into serious departures from its separationist jurisprudence. Rehnquist’s actions could introduce alarming and vast changes to church and state jurisprudence, with harmful implications to both. Davis’ book was not only timely but also prophetic.

With such rhetoric emanating from the highest Court in the nation, legal scholars and conservative Evangelical and Catholic pro-faith advocates could not help taking notice. They took Rehnquist’s rhetoric as an open invitation to advance their agenda for establishing Christianity’s role in American society. In quick succession, three now prominent law firms came into existence. Pat Robertson and Jay Sekulow founded the American Center for Law and Justice (ACLJ) in 1990. Three years later the Alliance Defending Freedom (ADF) was organized by a group of 35 Christian leaders who claimed “the legal system, which was built upon a moral and Christian foundation, began steadily moving against religious liberty, the sanctity of human life, freedom of speech, and marriage and family.”2 Right on the heels of the ADF, Kevin Hasson founded Becket Law (Catholic) in 1994 as a public interest law firm defending religious freedom for people of all faiths. Its primary emphasis is to push back against restrictions on religious expression in the public square,3 the result of which is to accommodate religion by giving it a protected, semi-established role in society. Such an interpretation of religious liberty, vis-à-vis a Christian’s right to free exercise includes advocating and establishing that view in the public sphere, is exactly aligned with Catholic teachings espoused in Gaudium et spes (“Pastoral Constitution on the Church in the Modern World”). The specious nature of such an interpretation of religious liberty is that it leads to a purely religious society, the majority of whose members in America would be Christian, and thus, it would produce a Christian commonwealth that is tolerant of other minority faiths, but nonetheless would remain the dominant religious group. Additionally, such an interpretation of religious liberty could easily lead the SCOTUS to conclude that establishment clause prohibitions are a violation of a Christian’s free exercise rights, which is exactly how some more recent SCOTUS cases have been interpreted.

During the 1990s the integration of conservative, Evangelical Protestants with Catholics became more closely woven together through theology. The Catholic Church began to emphasize the “culture of life” through the teachings of Pope John Paul II. Centesimus annus (1991) and Evangelium vitae (1995) introduced the term and concept, which argues for the sanctity of life from conception to death. In application it argues against abortion, euthanasia, capital punishment, and embryonic stem cell research. The Religious Right has adopted such language and similar social platforms as part of its political agenda. Additionally, in 1995, both Lutherans and Catholics signed the Joint Declaration on Justification by Faith, with the intent to signify that the theological and doctrinal issues that had divided them since the Protestant Reformation of the 1500s, have now been resolved, paving the way for greater cooperation of common social and political agendas.

On June 29, 1995, the SCOTUS delivered its opinion on Rosenberger v. Rector and Visitors of the University of Virginia. Rosenberger represented Wide Awake Publications (WAP), which was a student organization at the University of Virginia. He paid student fees, which entitled his organization to request reimbursement for printing costs associated with his organization’s publication. The university denied payment, arguing that its charter prohibited payment to a religious organization based on a separation of church and state. The SCOTUS ruled in favor of Rosenberger, arguing that the university denied Rosenberger’s free speech rights. Attorney Jay Sekulow of the ACLJ argued the merits of the case using the plaintiff’s free speech rights to bypass any establishment clause jurisprudence issues and the SCOTUS accepted that line of reasoning for the first time in its history of adjudicating establishment clause issues.

On an intellectual front, the first decade of the twenty-first century witnessed the publication of several scholarly works that echoed similar sentiments to those of Chief Justice Rehnquist. Daniel Dreisbach authored Thomas Jefferson and the Wall of Separation Between Church and State,4 in which he examines the origins and use of the metaphor of the wall of separation, and reconfigures its meaning based on his understanding of its jurisdictional viewpoint. In the following year Philip Hamburger wrote Separation of Church and State,5 in which he argues that the separation of church and state has no historical foundation in the First Amendment. Instead, the concept was conceived out of fear of ecclesiastical authority and prejudice, particularly that of the Catholic Church, and has been used as a means of intolerance and bigotry. Donald L. Drakeman wrote Church, State, and Original Intent,6 arguing that the justices have used constitutional history to portray the concept of separation of church and state according to their own views of how church and state should be separated.

In this same decade the SCOTUS issued two opinions, the first of which further eroded prior establishment clause jurisprudence. On June 27, 2002, the Court ruled in Zelman v. Simmons-Harris that the Ohio voucher program that allowed public tax dollars to be given to parents to send their children to schools of their choice was not a violation of the establishment clause and indeed was a matter of purely private choice made by parents and not a government entity seeking to promote any particular religious institution.7 On February 25, 2004, the SCOTUS delivered its opinion of Locke v. Davey, arguing that a state that offers funding for secular education is not required under the free exercise clause to offer funding for religious instruction.8

On June 26, 2017, the SCOTUS delivered its opinion in Trinity Lutheran Church v. Comer, contending that Missouri’s Department of Natural Resources denial of a neutral, generally available grant for resurfacing of Trinity Lutheran’s playground was a violation of the free exercise clause. Justice Breyer, a longtime advocate of establishment clause jurisprudence, concurred with the 7-2 majority opinion delineating that this benefit could be categorized within such generally available benefits as fire and police protection that should be made available to all organizations, regardless of religious affiliation. The grant would provide resurfacing of the playground and thus the benefit was for the health and safety of children. Thus, he saw no violation of the establishment clause.9

In the same year that Trinity Lutheran was decided, Thomas G. West wrote The Political Theory of the American Founding: Natural Rights, Public Policy, and the Moral Conditions of Freedom in which he argues that the Founders’ political theory was based predominantly on natural rights with some contributions from common law and Protestantism, in contrast to other scholars who argue that the Founders relied upon concepts of liberalism and republicanism.10 Of significance, West describes the natural rights of the Founders as distinct from Catholic natural law theory, which rebuts Catholic scholars arguing in favor of Catholic intellectual influences prevalent among the Founders.

So, because of the influence of Catholic and Protestant combined efforts to advance a common social agenda through politics and legal means, as well as intellectual efforts to undermine a historical understanding of the establishment clause, the SCOTUS has shifted its church and state jurisprudence from a separationist position to an accommodationist position. To render decisions in favor of religious plaintiffs, the Court is relying more upon the argument of a violation of free exercise rights, as opposed to viewing such cases through establishment clause jurisprudence.

States that have historic constitutional provisions that prohibit aid to religious entities should not be offering aid to any group in order to avoid running afoul of claims of a violation of free exercise rights. And, if legislation is passed that provides neutral, general aid, great care should be exercised in the formulation and choice of language of such legislation to avoid any claim that could be construed as discriminatory toward religious entities

The byproduct of the Court’s shift and the insistent politicking of faith groups has been a sea change in what passes for religious freedom. Separationism, which aimed to avoid “an establishment of religion” has been replaced by religious entitlement.

2 Alliance Defending Freedom, About Us, https://www.adflegal.org/about-us, accessed on January 5, 2021.