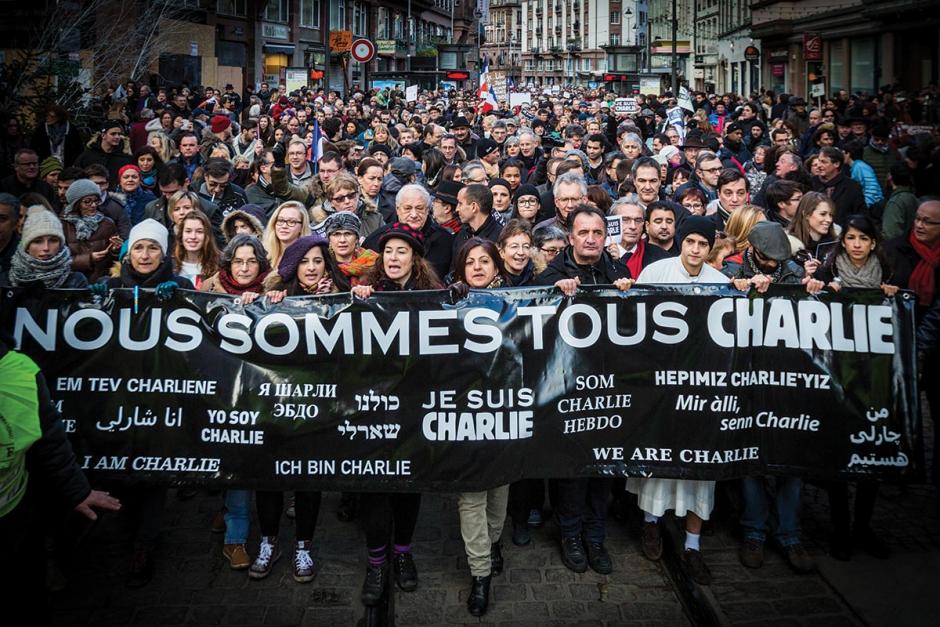 As I write this in September 2020, a trial is underway in France for 14 people charged in connection with acts of Islamic terrorism in January 2015. At the offices of the satirical magazine Charlie Hebdo, Saïd Kouachi and his brother Chérif killed 12 people in a hail of bullets; cartoonists, editors, police, a janitor, a proofreader, and a visitor died violently. Eleven more were wounded. Police hunted the brothers down and killed them in a shootout. The day after the attack Amedy Coulibaly, another terrorist in the group, killed a policewoman. On January 9 he laid siege to a kosher supermarket, where he killed four before police shot him. A Muslim refugee claimant who was working at the supermarket and hid a bunch of customers away from the mayhem was immediately awarded French citizenship for his actions.

Charlie Hebdo, a left-wing atheist publication that regularly ridicules all religions, raised the ire of Muslim extremists by republishing cartoons about Muhammad from the Danish newspaper Jyllands-Posten. At the time of the original publication in the Danish paper, the cartoons created major outrage throughout the Muslim world, with riots and church burnings.

As the present trial started, Charlie Hebdo republished the cartoons once more. This republication led to a denunciation by the Pakistani government and mass protest demonstrations across Pakistan. Charlie Hebdo responded in that same issue by reminding readers of the persecution of Asia Bibi, a Christian woman falsely accused of insulting the prophet. She was able to flee Pakistan after eight years in prison and is now living in Canada. Muslims protesting the cartoons see them as blasphemous on two counts. First, in Islam, it is forbidden to make any image of the prophet. Second, the cartoons ridicule him.

In the West we understand blasphemy as showing disrespect for God. A secondary meaning, according to Merriam-Webster, is “irreverence toward something considered sacred or inviolable.” In Islam, insulting Muhammad is seen as blasphemy. Except for one small sect, the Alawites, Muslims accept that Muhammad was a man, not in any sense divine. Yet he is seen as of central importance as the one who received the Quran from the angel Gabriel, and his life and sayings attributed to him are studied and revered. There is some evidence that Muhammad was personally tolerant of some who ridiculed him during his lifetime, a lesson that not all of his followers have learned, it seems.

Muslims claim that Muhammad was not the author of the Quran but rather that he received it orally and then dictated it to be written down. He was illiterate. In it there are various passages favoring freedom of religious belief and respect for Jews and Christians, the people of the book. There are also passages that were composed when Medina was under threat, raising suspicion of them. Some Muslims have at all times favored the liberal passages, while others have taken the other path. While the rising Ottoman Empire embodied the more tolerant aspect of the faith, Muslim countries today increasingly tend to illustrate the darker side. In Canada, Ottawa Imam Dr. Zijad Delic, for example, actually looks not to Muslim countries but to Canada as the embodiment of Islamic values. He comes from Bosnia and studied for his doctorate in Canada, not from the Arab world, Africa, Iran, Afghanistan, or the subcontinent. The operative influence here is culture, not just religion.

When it comes to Muhammad the man, it is hard for nonbelievers to see him as a tower of virtue in modern terms. He was undoubtedly a powerful unifier whose movement spread a certain modernism throughout a large area of the world, even if that modernism has stagnated. He was in some ways a socially progressive influence, but he was very much a man of his time. He lived from around 570 to 632.

Many of his contributions, progressive at that time, are not so today, even though at least some Muslims still try to apply some of these principles unchanged. For example, there is the provision that a woman inherits half of what a man inherits. Some Muslims continue to try to practice this rule even where, as in Canada, it is contrary to law. However, at the time it gave women a right that they previously did not have, and it was the expectation that men were entitled to the greater share because men had the duty to support, with no financial input from the wife. A woman had the right to keep whatever wealth she had entering a marriage and got to keep it all in case of divorce. A man was allowed up to four wives but only if he treated them equally. Again, this was a limitation that did not exist prior to Muhammad.

Rather than continuing on with this line of thought, let us instead think how Muhammad might stand up to progressive values today. Even in terms of his own standards, his behavior was less than exemplary. In her book Islam Karen Armstrong excuses his multiplicity of wives as a way of making bonding with various tribes and interests. It is true that Alexander the Great, for example, married the local princess in one place after another during his conquests. In European history the marriages of royals were very often arranged as ways of strengthening ties between realms. However, contrary the Quranic prescription, Muhammad had one wife who was clearly his favorite: Aisha. While Armstrong tries to justify his plurality of wives for reasons of state and argues against any licentious motivation, the prophet also had several concubines, some of whom were war booty slaves.

That brings us to another concern, that of slavery. Muhammad owned slaves, even though he emancipated and enlisted some of them in his body of followers. And not only did he own them. During trying times when Medina was under threat from hostile forces from Mecca, a Jewish tribe that consorted with the Meccan forces was severely punished. All the men were executed, and the women and children were sold into slavery.

The lack of his opposition to slavery had its consequences in the history of the slave trade. Muslim Arabs and Muslim Africans captured other Africans to sell them to the slavers who transported them on to the New World.

Muhammad was also for a time a pirate of the desert. His forces attacked and robbed passing caravans.

These are general facts of history, which may cause discomfort to some. But they are what they are. It does not do much good to deny them or to rudely repeat them to disparage a faith. We may sympathize with the discomfort and even agony some Muslims feel when their founder is mocked and even blasphemed. Yet freedom of expression must be defended. When Charlie Hebdo published salacious pieces about the Holy Trinity and about rabbis, neither Jews nor Christians held massive demonstrations against the magazine, nor did we attack their offices and kill their journalists.

As with freedom of speech, religious freedom must be defended at the margins when others offend our sensibility. It is the most objectionable speech that must be defended, for no one cares about mild speech. While we may not admire those who offend religion, if, in the name of religion, we fail to protect their right, our faith may come under prohibition, or we may persecute those whose faith we find offensive. Conscience and conviction in all things of faith: charity and forgiveness of offense will disarm the unbeliever.