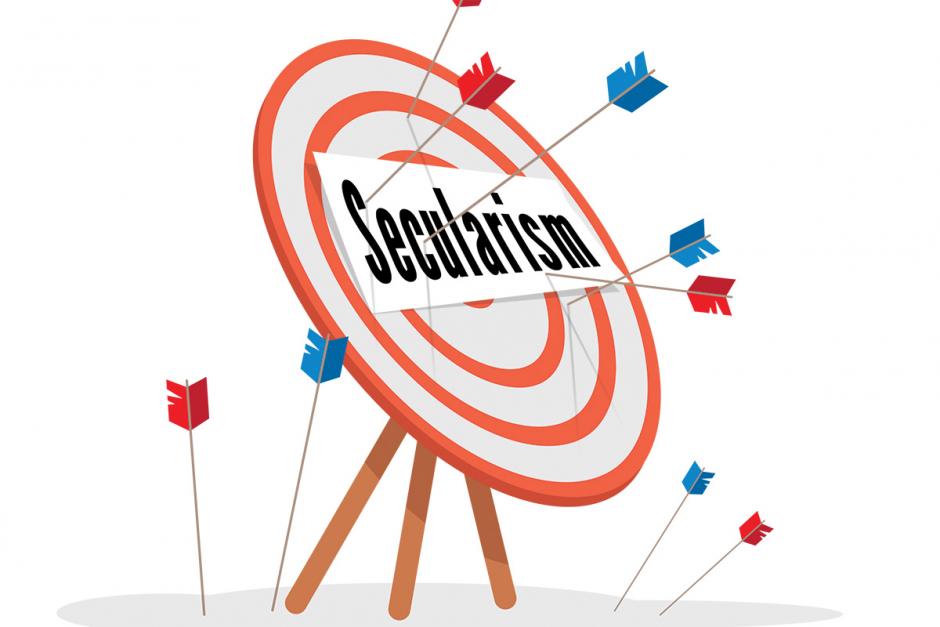 The Curious Case of a Misunderstood Idea

The secular state—a hallmark of Western liberal democracy—is under attack from both ends of the political spectrum. What does this mean for religious freedom? A renowned Australian theologian investigates.

Religious liberty is paramount for any multicultural democracy. That is because religious liberty interlocks with other liberties relating to freedoms of speech and association. The right to practice one’s religion without government regulation, and the ability of people of faith to participate in society without discrimination, are both at the forefront of liberal democratic pluralism. Without religious liberty, there is no democracy, no liberal republic, no tolerance and inclusion.

In more recent years, however, religious liberty has come under fire as nothing more than a license to discriminate. In several jurisdictions throughout the world, notably America and Australia but elsewhere as well, LGBTI rights have been pitted against religious freedoms where religious communities hold certain positions on family, marriage, and sexuality. In many Western countries there has also been an increase in anti-Semitism and Islamophobia. (It is worrying that the one thing that seems to unite both progressive activists and right-wing terrorists is that houses of worship should be targeted, whether by burning them down in protest, or shooting people in a church or mosque.) Or else, one need only look at how California Democrat Diane Feintstein openly derided the Catholic faith of then-Circuit Court nominee Amy Coney Barrett.1

We are at a strange juncture when political progressives regard religion as the number-one hindrance to advancing their ideals and they therefore wish to reduce religious liberty to a matter of mere belief or something restricted to the pulpit. Yet religious liberty is, according to international standards, about “freedom in community,” the ability to practice and promote one’s faith in public, to run one’s own charities and schools, all done without discrimination or fear of reprisal.

Just as concerning is that many think religious liberty should be secured not by robust and generous secularism, but by electing a Christian strongman who will restore the privileged position of Christianity in the country, resulting in an alarming syncretism of politics and religion. Yet I submit to you that those who wish to reduce religious liberty, and those who want to secure it under the aegis of a right-leaning civil religion, lead us to equally precarious positions.

I earnestly believe that secularism, with the separation of church and state, is the solution—not the problem—when it comes to our recent debates about religion, law, and individual rights. Now, secularism often gets a bad rap, as if it’s always inimical toward religion and people of faith. Yes, some secularists can be hostile toward religion, and they can have their own crusade to do everything they can to remove religion from the public square.

On the one hand, secularism means that the government should be independent of, and neutral toward, religion. We do not want to live in a theocracy. We do not want to replace the President (for you Americans) or the British queen (for us Australians) with a pope, Dalai Lama, ayatollah, or chief rabbi. The reasons should be obvious.

When you mix politics and religion, you get politics. A theocratic regime creates superficial disciples. In a theocracy people feign religion in order to access political power. If you want a Christian theocracy, or at least a privileged Christian religion in a nominally Christian state, then you have the problem of which Christian denomination gets to hold all the power and the privilege. History has shown us that some Christian leaders are willing to discriminate, coerce, and punish dissenting Christian groups in matters of religion, whether that is drowning Anabaptists, or imposing the Anglican prayer book on Presbyterians, or forcing Sabbath observers to do things against their conscience. A Christianized state can yield just as much discrimination and coercion in matters of religion as can some atheistic regimes. So I hope we can agree that Christian theocracy or Christian nationalism should be taken off the table.

On the other side, secularism means that the government does not establish or regulate anyone’s religion. The government does not tell me what to believe, how to pray, or who is fit for leadership, or prohibit the free exercise of religion. The problem at the moment is that several countries feel the need to regulate religion in the name of LGBTI rights, which means either curtailing religion or coercing the religious when it comes matters of sexuality.

Now at one level, I think the teachings of Jesus not only compel us but command us to love our gay, bisexual, or transexual neighbor. LGBTI people should not be subject to violence, harassment, abuse, or unfair discrimination. That is, let me add, not a compromise of Christian faith, but the very expression of it.

Nonetheless, many of us are committed to a faith in which God does speak about human sexuality and how it is to be expressed. We share a belief that God expects celibacy in singleness and faithfulness in marriage, with marriage being between a man and a woman to the exclusion of all other relationships. The problem is that on that subject we are no longer the majority. However sincerely or lovingly we hold such beliefs, Christians of any kind will be castigated as vessels of bigotry, hatred, and prejudice. This in turn will be used to justify punitive measures against religious communities that do not line up with progressive orthodoxies.

Against removers or reducers of religious freedom, we need to appropriately distinguish the various freedoms that relate to religion. According to Canadian philosopher Margaret Somerville:

The other thing to take into account is that, as Western countries become increasingly post-Christian societies, the case for religious freedom is only as a good as the case for religion as good for society. Thus, while we are defending the benefits and necessity of religious liberty against state actors and activists, we need to simultaneously point out that religion is good for society and a multicultural democracy.

We could argue that: (1) religion helps people discover things like greater significance and purpose for their lives; (2) religion is part of people’s identity that binds them to institutions, families, cultures, and locations; (3) religion contributes ethics and discourses on how to create a good and fair society; (4) religion uses rituals to provide symbolic celebrations of different parts of life from birth, faith, marriage, and death; (5) religion is one of the best ways for creating community and unifying people around a common belief; (6) religion provides people with hope, since religion looks for a hope beyond the sufferings of our mortal coil, in something called eternal life, the kingdom of God, or the new creation.

In my mind this means that we need a new generation of apologists to defend not only religious liberty but to show how religion contributes to the common good.

Today there are many challenges to religious freedom and many temptations as to how we might maintain it. We must beware of both state incursion upon religious liberty as much as the dangers of making a Faustian pact with political leaders who guarantee us privileges at the price of our loyalty.

Religious freedom is vital, because without it we cannot have a free, tolerant, inclusive, participatory, and multicultural democracy. Thus, the conflict over religious liberty is ultimately a battle of monocultural values versus multicultural values. Central to any campaign for religious freedom must be that treating others with dignity requires giving them liberty to be “other.” We must constantly remind political leaders and their benefactors that they cannot claim to be the guardian of a diverse, inclusive, and pluralistic society when they target religious minorities for their distinctive beliefs and way of life. If we are to believe that our civic values are better and more humane than totalitarian regimes around the world, then we must give concrete proof of this by allowing religious groups the right to dissent from the majority on any given issue.

Political pluralism should equally protect people of all faiths and none, guaranteeing them the right to live their lives according to their values and beliefs without fear of reprisal. In short, a society that ensures the free exercise of religion is more likely to uphold the rights of those who are vulnerable, marginalized, and despised for being “other.”

While many people of faith live in their silos, inhabit their own tribes, and often harbor suspicions of their religious neighbors, we no longer have the luxury of indulging historic rivalries and entertaining sectarian divisions. Many mutual foes are arrayed against us who consider our existence to be a type of living hate crime. Accordingly, whether one is Adventist or Zoroastrian, Baptist or Buddhist, Muslim or Mormon, people of faith must unite to define and defend religious liberty. In the face of progressive activists and religious prejudices, we must defend the religious liberty of our neighbors, because a threat to one religion’s liberty is a threat to every religion’s liberty. That may be more acute in such places as Afghanistan and northern Asia. But we are fooling ourselves if it is not also a pressing issue calling for action and activism in Australia and America.

Rev. Dr. Michael F. Bird (Ph.D., University of Queensland) is academic dean and lecturer in New Testament at Ridley College in Melbourne, Australia. He is the author of more than 30 books, including The New Testament in its World, coauthored with N. T. Wright, and Religious Freedom in a Secular Age: A Christian Case for Liberty, Equality, and Secular Government. He can be followed on twitter @mbird12, he blogs at michaelfbird@substack.com, and has a YouTube channel called Early Christian History.