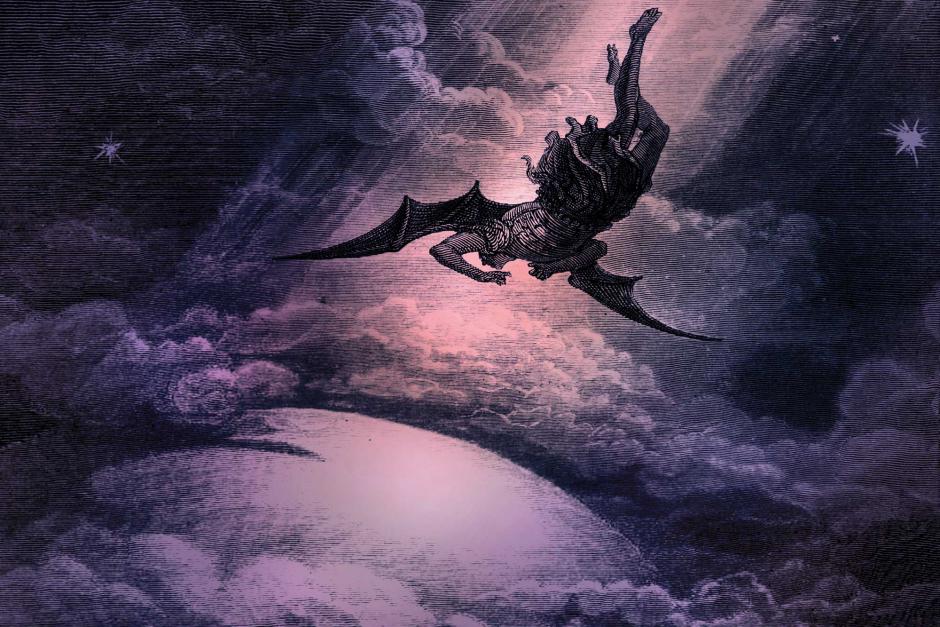 Two recent surveys shone a bright light on a dark reality. They revealed that people who claim to be “religious” are far more likely to view those who are different from them with distrust and downright hostility. Conversely, a majority of those who consider themselves “secular” seem to have no such problems accepting people groups who look, act, believe, and boast a different ethnicity than they (see sidebar).

In other words, if you want to experience Christ’s love in action, you can’t always depend on those who are called by His name to demonstrate it to you if (1) you are not called by His name, (2) your skin color is a different hue, and (3) you play your national anthem using other melodies.

As hard as it may seem to believe, there are those who have been or are being violently rejected by the same people who preach grace and acceptance. How, you may ask, is it fulfilling God’s command to love one another when someone says to you: “You can’t come into my country because this is a Christian nation and you don’t believe as I do” or “If you don’t follow the same biblical dogmas that I follow, you don’t deserve to enjoy the same rights and freedoms I enjoy”? This is such an amazing paradox, and it’s touching the lives of millions of people in painful and sometimes deadly ways every day.

History also reveals that many of the wars that have ravaged our planet have had religious overtones or have been the direct result of God-fearing individuals taking a stand against what they perceive to be attacks on their beliefs. The Crusades are a prime example of a good idea gone wrong.

But before we start condemning those nations and people groups who reject individuals they perceive as the “other” in this world, we might want to cut them some slack. They may have learned to act that way from a surprising source: the Bible. They truly believe that they’re following God’s Word as they close their minds and borders to anyone who isn’t the same as they. They’re absolutely convinced that taking up arms and doing battle with all those nasty “sinners” or “infidels” or “illegals” is a sacred privilege that has been bestowed upon them by God Himself. After all, this is war, and we’re God’s soldiers, right? It’s our heaven-sanctioned duty to protect our national purity and personal piety.

How did so many Christians become so militaristic? Where did the idea of almost literally waging war on sinners come from? We don’t have to look any further than what happened long ago in heaven. A quick read of Revelation 12:7 points to what many consider to be the origin of our call to arms when it comes to those who don’t agree with us. Our marching orders seem to come from God Himself.

For reasons unknown, Satan—that glorious angel who called heaven home—decided that he wasn’t getting the accolades that his wonderfulness deserved. He began a whisper campaign filled with evil innuendos about God’s character and how unfairly He treated those under His authority. Satan’s jealousy spilled onto his fellow angels, and before long there was disharmony in the courts of glory. As expected, the God of the universe wasn’t exactly pleased with this turn of events and pushed back. Just how He pushed back represents the first in a long line of misrepresentations of God’s character and the foundation reason so many Christians feel justified to battle sinners.

Sounds pretty straightforward. War. Hurled down. Except there’s an issue with the word “war” in this text. A quick check in the Greek lexicon (Greek was the language used to write Revelation) reveals something startling. The original word for “war” in this passage is polemo from which we derive the word “polemic,” which simply means “disagreement.”

Hold the smart bombs! Sheath your swords! There wasn’t “war” in heaven. There was “disagreement.” God and Satan didn’t engage in actual battle with lightning bolts and heavy artillery pieces firing percussively throughout the kingdom. They engaged in verbal fisticuffs with an outcome that’s representative of any serious disagreement with God: separation. Good and evil can’t coexist. Like oil and water, they disengage from each other at a molecular level. That’s why Satan and his followers ended up on this earth, much to the detriment of Adam and Eve, and us, their descendants.

So it seems God didn’t use “war” or violence to fight Satan. His weapon of choice was honest discourse followed by separation.

The same thing happened when Adam and Eve sided with the devil and ate what God told them not to eat. The disobedient couple had to leave their garden home and live life by their own rules—or, more to the point, the rules created by Satan. That’s separation number two. There were many more to come.

Throughout the Old Testament we find God’s people moving in and out of His protective, nurturing, saving presence. They allow their sins to separate them from God, and He continually begs them, through His prophets, to “return to me.”

“If you are unfaithful, I will scatter you among the nations,but if you return to me and obey my commands, then even if your exiled people are at the farthest horizon, I will gather them from there and bring them to the place I have chosen as a dwelling for my Name” (Nehemiah 1:8, 9, NIV).

But, you ask, what about all those times God led His people to war—the sword and killing kind?

I think it’s important for us to remember three things:

1 Just because someone says (or writes) that something happened in God’s name doesn’t mean God sanctioned it. I can guarantee you that the last words out of the September 11 hijackers’ mouths as their aircraft slammed into the World Trade Center, the Pentagon, or that windy field in Pennsylvania were “Allāhu akbar,” which means “God is great.” They were happily waging war in the name of God. But no one, other than a small group of people on this earth, would ever believe that God sanctions such violent attacks.

2 Christ told His disciples that “I and my Father are one” (John 10:30). If you can’t see Jesus acting in a certain way, the Father wouldn’t act that way either. Reading the Old Testament through the Jesus filter is very revealing and instructive.

3 Many events—and their outcomes—are attributed to God simply because He didn’t stop them.“This must be God’s will because He allowed it to happen,” people say. Perhaps you know individuals like that. Everything is part of God’s “plan.”

While God certainly does lead us in ways that are both miraculous and life-changing, we must be careful not to praise Him for happenings that damage or hurt others, bring sorrow to those still searching for Him, or support evil in the long run. “And we know that in all things God works for the good of those who love him, who have been called according to his purpose” (Romans 8:28, NIV).

God is an equal-opportunity Savior. He loves everyone and works endlessly to better their lives, not ruin them—and that includes the lives of our perceived “enemies.” The only thing that breaks that eternal rhythm of love is if we turn our backs on Him and leave His presence. That separation is what brings death and destruction both to us and to others. Besides, waging war in God’s name isn’t even possible. Remember oil and water?

Today’s church militants have ways of arming themselves for battles they think need to be fought—weapons apparently blessed by Scripture. At first blush they seem especially destructive of others while protecting the warrior. But a careful reading of one particular passage reveals how those armaments are to be used in the real world.

“Put on the full armor of God, so that you can take your stand against the devil’s schemes (Ephesians 6:11, NIV). Is God giving His stamp of approval for acts of violence perpetrated against those who refuse to believe in His sovereignty? Read on: “For our struggle is not against flesh and blood, but against the rulers, against the authorities, against the powers of this dark world and against the spiritual forces of evil in the heavenly realms” (verse 12).

Seems our battle isn’t against sinners. It’s against sin. Our war isn’t waged over whose doctrines are right or wrong. Our weapons shouldn’t be aimed at those who refuse to believe as we believe, or look like us, or want the same freedoms we enjoy. Our ongoing conflict is against the author of all that is wrong, Satan himself—along with his evil henchmen who bought into his web of lies.

Fighting each other for whatever reason might make us feel good about ourselves, but such misguided warfare is destructively counter-productive and plays directly into Satan’s desire for worldwide dominance. When we separate from God, we become fair game.

So what equipment is stored in God’s armory for all human beings to use in this global conflict against evil? The next few verses provide a short list of the essentials: the belt of truth, the breastplate of righteousness, the shield of faith, the helmet of salvation, and the sword of God’s Word (verses 14-17).

That’s what the well-armed soldier of God wears into battle. Contrary to popular belief, we don’t fight evil with restrictive civil laws, closed borders, picket lines, demeaning posts on social media, or volleys of shame directed at those who don’t agree with us. We don’t legislate behavior based on our interpretation of Scripture or demand allegiance to the God we’ve chosen to worship. No, we fight by upholding truth in our own lives; by personally demonstrating righteous living and pure thinking. We do battle by standing firm in our faith, constantly assuring ourselves and others of God’s saving grace. We so embrace the biblical principles of love and forgiveness that all people everywhere feel safe and empowered in our presence.

We wage the type of war that brings people into a saving knowledge of God, not one that drives a wedge of separation between them and their only source of salvation. That’s what the armor of God allows us to do under His banner of love.

The night Christ was arrested (the story is found in Luke 22:47-52), one of His followers reacted violently. He drew his sword and took a swipe at those determined to harm his Master. The servant of the high priest lost an ear in the process.

Christ’s response to the man holding the sword should speak volumes to those among us who feel the need to wage war on sinners. He said, “No more of this!” After touching the servant’s ear and healing him, Christ continued. “Am I leading a rebellion, that you have come with swords and clubs?” Then, zeroing in on the mindless motives of those pious people who stood with swords drawn, He added, “But this is your hour—when darkness reigns” (verses 51-53, NIV).

There is a dark battle raging today, but the tools of war God has given us have more to do with salvation than destruction. They’re designed to end separations, not create them. In this war the casualties are hatred and bigotry. The spoils are friendship across all cultural and national barriers. We’d do well to arm ourselves thoughtfully and prayerfully for the battles ahead. 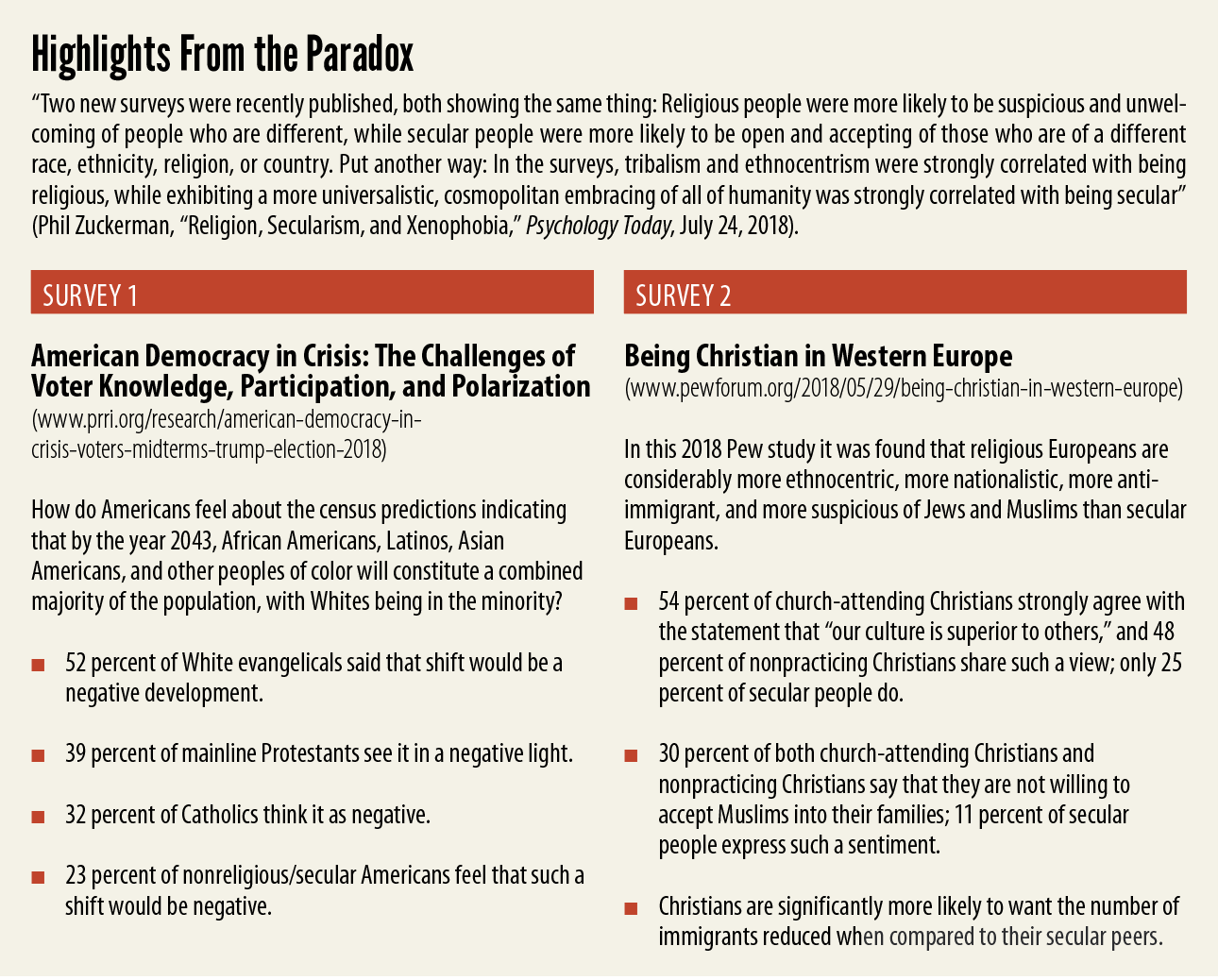