The Evil of Religious Persecution 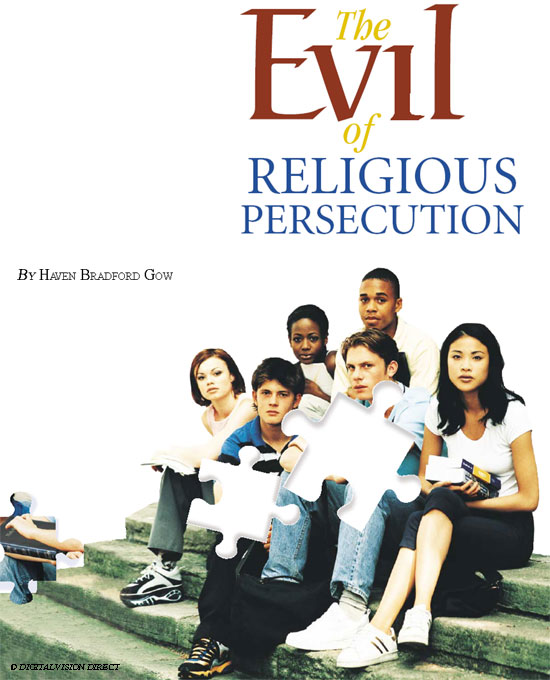 A new report from the U.S. State Department reveals that religious persecution around the world is alive and well. The report says Christians routinely are kidnapped, imprisoned, raped, tortured, and even murdered in such nations as China, Cuba, and North Korea.

As articles in the February 15-21, 2004, National Catholic Register pointed out, government officials and agents in Vietnam persecute, jail, and murder Christians. The same kind of religious persecution happens in China, Cuba, and North Korea, as well as in Middle Eastern countries such as Iran. 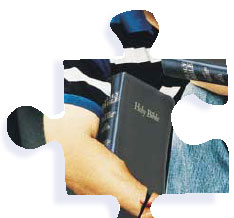 According to the National Catholic Register news story, some governments "have laws that favor certain religions and place others at a disadvantage. . . . In Belarus, respect for religious freedom worsened during the period covered by the [U.S. State Department] report. Eritrea also comes in for mention for its harassment of Protestants, Jehovah's Witnesses and adherents of the Bahai faith. And in Russia, some federal agencies and many local authorities continued to restrict the rights of religious minorities."

Moreover, "Israel came in for criticism for discrimination against non-Jews in education, housing, employment and social services. Christians and even conservative jews were victims of harassment, threats and vandalism directed against their buildings and other facilities."

Back in the United States religious persecution also is alive and well. Although this nation was founded upon Judeo-Chris-tian moral and religious values and standards, many now insist that Christians today are being treated as second-class citizens.

In their work Christianity on Trial (Encounter Books), Vincent Carroll, editor of the editorial pages of Rocky Mountain News, Denver, Colorado, and David Shiflett, a freelance writer, observe that "Christianity inhabits a strange place in American life. It is by far the predominant religion in the most religious country in the industrialized world, with more than 90 percent of its citizens professing belief in God and a large majority claiming allegiance to a Christian denomination or sect." At the same time, though, "Christians are regularly targeted for ridicule and vilification by a significant portion of America's cultural elite, a situation all the more striking in view of the prevailing hypersensitivity toward other religious, ethnic and lifestyle groups." 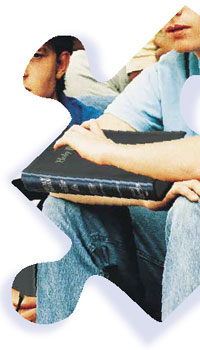 According to an editorial in the New Orleans Times-Picayune that was reprinted in the December 18, 2003, News-Star, Monroe, Louisiana, the religious freedom rights of an 8-year-old public school student in Zachary, Louisiana, also have come under attack. A teacher at Northwestern Elementary School had assigned some "quiet time reading" to her second-grade students, and 8-year-old Harrison Kravat decided to read the New Testament; however, the teacher, thinking she was upholding the principle of separation of church and state, told the boy he could not read the Bible in public school.

Harrison's parents contacted the Alliance Defense Fund, a coalition of attorneys dedicated to defending the religious freedom rights of Americans, which in turn wrote to the superintendent of schools. The school superintendent ordered that Harrison be allowed to resume reading the Bible.

Is there a place for God, religion, prayer, and Bible-reading in the public schools? This has become a hot topic because of outbreaks of school crime, violence, and disorder. Supporters of school prayer insist that when God, religion, prayer, and Bible reading were removed from the schools, the doors were left wide open for drugs, crime, violence, vandalism, and immoral sexual activity to enter.

According to the American Center for Law and Justice, Americans, including school-age children, need to know they possess God-given constitutional rights to religious freedom and religious activity and speech. Indeed, speaking for the majority in the 1981 Widmar v. Vincent U.S. Supreme Court case, the late Justice Lewis Powell pointed out that religious speech by students is a form of freedom of speech. For example:


The Founders intended the First Amendment not to insulate society or the state from the influence of religion, but, rather, to preserve and protect religious freedom from transgressions by the state. They understood that a society's public morality depends upon a religious foundation, and that the wholesome influence of religion on private and public morality is essential to the survival of a free and civilized society. Consequently, they wanted government to champion and defend religion and religious freedom.