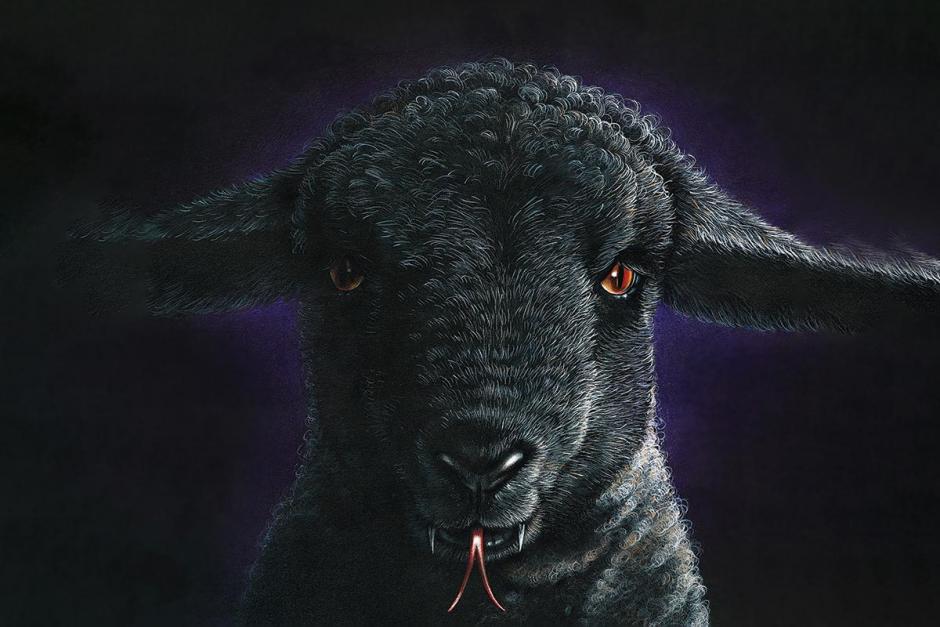 From their earliest years Seventh-day Adventists, today a worldwide movement with more than 21 million members, have been interested in religious liberty issues. This interest stems from the importance of the topic in general, and from two other reasons in particular. First, as their name suggests, they keep the seventh-day Sabbath, Saturday, a practice that at times has caused members legal trouble, such as when strict Sunday law legislation led to fines, or even jail time. Second, the Seventh-day Adventist understanding of last-day events anticipates a time of global religious persecution, with the United States as, unfortunately, the main engine of that persecution.

And given the recent political turmoil and chaos, unprecedent in this country since, perhaps, the American Civil War, for the first time since I became an Adventist, in 1979, I can see something that, previously, I could not see, and that is how the United States, once the beacon of religious liberty, could fulfill its unfortunate prophetic role as a religious persecutor. Or, to use language directly from the book of Revelation, I can see how the lamblike beast could speak “like a dragon” (Revelation 13:11).

Let me explain the thinking behind that assertion.

Seventh-day Adventists find their prophetic identity mostly from the books of Daniel (Old Testament) and Revelation (New Testament). Links between the two have long been noted by biblical scholars; with Revelation, coming almost a half millennium later, drawing upon concepts and images from Daniel. Three closely paralleled chapters in Daniel (2; 7; 8) form an historical/prophetic template that Revelation, in places, draws upon. This template, Adventists believe, is crucial for understanding apocalyptic prophecy in general and America’s role in particular.

Using what has been called the “historicist” hermeneutic, Adventists understand the book of Daniel and Revelation as depicting a broad continuous and consecutive outline of world history, starting in antiquity and climaxing at the end of this world and the creation of a new one. “The historicist view (also known as the ‘continuous-historical view’),” wrote Adventist scholar William Shea, “see the prophecies of Daniel and Revelation unfolding in historical times from the days of these respective prophets until the establishment of God’s eternal kingdom.”1

Some images and concepts in these chapters are, later, picked up by Revelation, such as the image of beasts as political powers (see Daniel 7), with a particular focus on the last empire, which exists until the end of the world. That, of course, would be Rome, particularly its papal phase (the pagan one having ended many centuries ago). Revelation 13, after repeating some of the historical episodes of Rome, including its past religious persecution, points to a revival of its power and influence in the last days (see Revelation 13:1-10).

However, Rome is not the only entity involved. Revelation 13 then depicts another power arising, which, too, exerts overwhelming influence in the world, though very negatively. “Then I saw another beast coming up out of the earth, and he had two horns like a lamb and spoke like a dragon. And he exercises all the authority of the first beast in his presence, and causes the earth and those who dwell in it to worship the first beast, whose deadly wound was healed” (Revelation 13:11, NKJV). That is, it starts out benignly, but ends up as a religious oppressor.

Seventh-day Adventist pioneers, as far back as 1851, have identified this second beast, the beast of Revelation 13:11-17, as the United States. That was an astonishing move, given that in 1851 America was still 10 years away from the Civil War, which could have destroyed the nation in its early years. And also, for perhaps a half century afterward, the United States was nowhere near the kind of political, economic, and military hegemon depicted in the prophecy. In 1876, 25 years after that first identification, Lakota, Arapaho, and Northern Cheyenne tribes butchered General George Armstrong Custer’s 7th Cavalry Regiment of the United States Army, killing Custer in the process. And this was going to be the behemoth that would enforce “the mark of the beast” (Revelation 16:2) on the world?

Also, in 1979, when I first was introduced to this idea, there was another slight problem: the Soviet Union. The United States was still licking its wounds from Vietnam, which—despite 50,000 dead Americans and years of napalming and poisoning the place with Agent Orange—still (with Soviet help) went Communist. Communist uprisings unfurled in Cambodia and Laos. The Sandinistas, a bit closer to home, took power in Nicaragua. Fidel Castro was sending troops to Angola. Here was this tin-pot dictator, 90 miles off our shores, and we could do nothing about him because of the Soviet Union. In Moscow, Leonid Brezhnev and his semi-Stalinist thugs still had firm control over Eastern Europe, and when later that year the Soviets invaded Afghanistan, what did President Jimmy Carter do other than to boycott the Moscow Olympics? (“I’ll show those Russian bully boys!”)

In other words, in 1979 the scenario depicted in Revelation seemed impossible.

What—was the Soviet Union just going to disappear or something?

Today, especially since the collapse of the cold war and the end of the Soviet Union, no power comes even close to the United States, at least militarily. In 2020 the United States military spending matched the next-largest spenders (China, India, Russia, Saudi Arabia, France, Germany, United Kingdom, Japan, South Korea, and Brazil) combined. Whatever the present obstacles, and many remain—the prophecy seems much more possible today than it did in 1851, or, for that matter, in 1979.

However, even with these changes, something else has remained unresolved in my mind. Despite America’s military and economic might, the nation’s institutions and political structures have always been so stable, so secure, and thus it’s been hard to see how it could ever fulfill this prophetic role as a persecutor. In Watergate, for example, Richard Nixon, the most powerful man in the world, was ousted from office without a shot being fired or a tank in the streets. Nixon made a speech, and then flew away on a helicopter while Gerald Ford raised his hand and swore an oath. And that was that.

But that was then, and this is now—and who, now, in these roaring twenties, thinks such stability remains in this country? An advertisement for the December 2019 Atlantic read, “We don’t believe that the conditions in the United States today resemble those of 1850s America. But we worry that the ties that bind us are fraying at alarming speed—we are becoming contemptuous of each other in ways that are both dire and possibly irreversible.” Editor in chief Jeffrey Goldberg in an introduction to that Atlantic issue, with the cover article, titled “How to Stop a Civil War,” wrote that “the American experiment as we know it is not guaranteed to be eternal.”

The American experiment as we know it is not guaranteed to be eternal?

Seventh-day Adventists have been warning since 1851 about this happening (well, technically, not until 1863, when the church was founded). In 1885 Ellen G. White, one of the Adventist church founders, wrote that “our country shall repudiate every principle of its Constitution as a Protestant and republican government.”3

However hard that might have been to imagine in 1885, it’s not that hard now, with rancor, division, and outright hatred being hurled across the political divide in ways that most Americans, including old ones like me (born in 1955), have never seen. Even during the incandescent days of the Vietnam protests, which came with the Weathermen’s domestic bombing campaign, who remembers anyone, ever, talking about civil war? But now, one of the nation’s most prestigious magazines all but predicts one (“How to Stop a Civil War”), and with a 2019 Rasmussen poll stating that 31 percent of probable U.S. voters surveyed believe “it’s likely that the United States will experience a second civil war sometime in the next five years”—it’s obvious that something radical has changed in this country.

And if things weren’t bad enough in 2019, in 2020 we now throw in COVID, which—besides only exacerbating the rabid political and social divide already here—revealed just how quickly, and dramatically, the world, including the United States, can change. When COVID-19 hit, and Americans were told not to leave their house unless necessary, and to wear a mask when they did, it felt as if we were living in an alternative reality, something out of a science fiction movie. Yet today we’re getting used to alternative realities—a scary prospect. What else, over time, will we get used to?

After Nixon resigned in Watergate, President Gerald Ford said that “our long national nightmare is over.” Ours, in contrast, has only begun. Whether on the left or the right, Democrat, Republican, or neither—who thinks that this is going to end well? We are watching our democracy, our democratic institutions themselves, start to disintegrate. If we can’t trust the electoral process, why bother to vote, and if we don’t vote—what’s left? Who’s going to govern us, and how? Because, one way or another, someone will.

Seventh-day Adventists, who are as divided politically among themselves, just as the rest of the nation is, don’t know what’s going to happen short-term. Long-term we believe that sooner or later America, the lamblike beast, is going to speak like a dragon (Revelation 13:11); that is, it’s going to take on the role of a religious persecutor of worldwide dimensions. Talking about what we believe is the United States, the Bible says: “And he exercises all the authority of the first beast in his presence, and causes the earth and those who dwell in it to worship the first beast, whose deadly wound was healed” (Revelation 13:12).

I don’t know any better now than I did in 1979 how, exactly, this will happen. However, unlike 1979, I for the first time can see that it could. I’ve realized, for decades, that in order for America to fulfill its prophetic major changes, bad changes will have to take place.

Well, they’re taking place! Whether these changes will lead directly to the fulfillment of this unfortunate prophecy, I don’t know. I know only that things have gotten surreal, and that institutions and processes that we once took for granted seem on the verge of collapse, even destruction, which might help explain why the lamblike beast will, one day, speak “as a dragon.” After all, a wounded animal, a wounded beast, can be a very unpredictable creature.

2 Bible texts credited to NKJV are from the New King James Version. Copyright © 1979, 1980, 1982 by Thomas Nelson, Inc. Used by permission. All rights reserved.