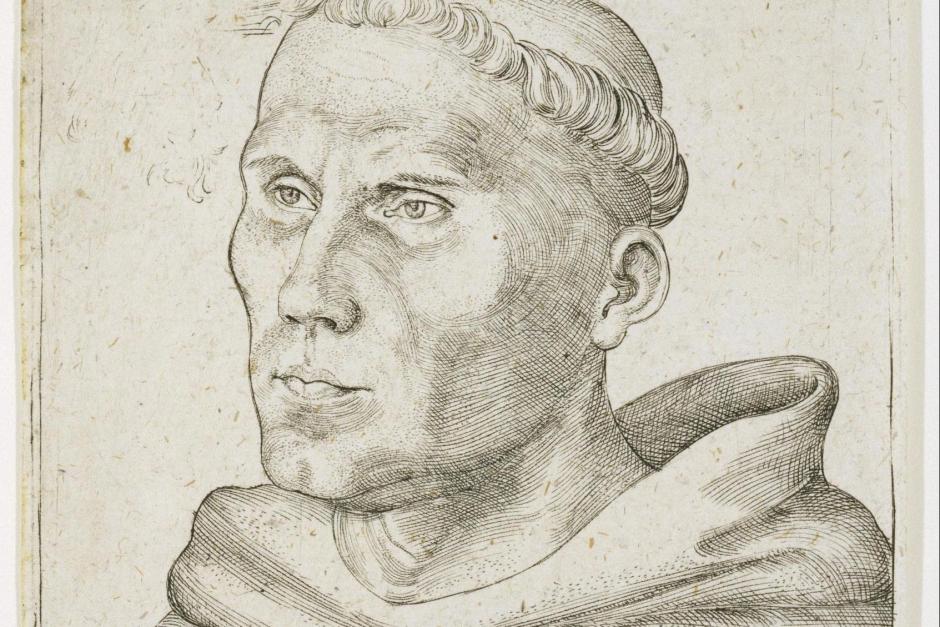 The Legacy of Luther

Recently our family purchased some DNA kits. We did the customary swabs, dropped them in the mail, and waited for the lab to process them. Several weeks later our genetic profile arrived in our inbox. For me there weren’t any surprises—I truly come from the part of the world that I thought I was from. My wife, on the other hand, discovered some surprises. She was rather incredulous as she viewed the results.

Many Protestants frequently experience a variety of reactions as they study the life of Martin Luther. In classes that I teach, with students in a Seventh-day Adventist seminary, many express surprise to learn details about his life. They are inspired by his legacy of protest and reform, but then they are equally shocked to learn details such as the fact that he didn’t keep the biblical seventh-day Sabbath and the fact that he was not an advocate for religious liberty. Some of my fellow Seventh-day Adventists may be surprised in the same way that we were as we explored our genetic profile. Seventh-day Adventists, the originators of Liberty magazine, claim to be heirs of the Reformation. So how does he fit into our spiritual heritage?1

Luther definitely can’t be ignored. After all, he was the founder of what became known (after the Diet of Spires) as the Protestant Reformation. While it is certainly true there were many Reformers throughout the Medieval period, it is also true that with Luther the “towering edifice of medieval Christianity collapsed.”2 Luther began a personal spiritual journey. During a terrible lightning storm he pledged that he would become a monk. Several weeks later he fulfilled his pledge, which marked a pilgrimage as monk, priest, and professor. It was after he was ordered to prepare to teach Scripture at the new University of Wittenberg that he made a great discovery. In approximately 1515 he began lecturing on the book of Romans. When he encountered Romans 1:17 and the concept of “the righteousness of God” he realized that this is a revelation of God’s righteousness or justice. In other words, he discovered that God does not judge sinners. Until then he hated any thought about “the justice of God”; but now he realized that “the righteous shall live by faith.” As he realized that this righteousness is a free gift to sinners: “I felt that I had been born anew and that the gates of heaven had been opened. The whole of Scripture gained a new meaning. And from that point on the phrase “the ‘justice of God’ no longer filled me with hatred, but rather became unspeakably sweet by virtue of a great love.”3

It was this new depiction of God’s character that caused him to see God in an entirely new way. Gradually Luther won over his fellow colleagues to his new way of thinking. He wished to challenge traditional views, so he composed 97 theses for academic debate. He was disappointed that they did not arouse much interest. He then wrote another set of theses, but this time someone translated them into German and they were circulated en masse. This time he created “such a stir that eventually all of Christendom was involved in its consequences.”4 Officially titled Ninety-Five Theses on the Power and Efficacy of Indulgences, they attacked the sale of indulgences along with its theological underpinnings with gusto.

At the time the Papacy was in the midst of raising large sums to enrich the papal coffers. Pope Leo X had his heart set on finishing the Basilica of Saint Peter in Rome. The Dominican John Tetzel was placed in charge of sales of indulgences in Germany. He claimed that each purchase made the sinner “cleaner than when coming out of baptism.”5 He encouraged people to buy them for deceased relatives: “as soon as the coin in the coffer rings, the soul from purgatory springs.”6 Luther directly attacked the sale of indulgences with its inherent exploitation. In thesis 82 he argued that if it is true that the pope is able to free souls from purgatory, he ought to use that power simply and freely out of love. In fact, the pope should give his money to help the poor, even if it meant selling the Basilica of Saint Peter (thesis 51).7

Ever afterward Luther lived in fear of his life being snuffed out. In an exceptional narrative, one that author Ellen G. White places at the heart of her magnum opus on Christian history, The Great Controversy (1858, 1888, 1911), that describes this conflict in nothing short of a continued spiritual struggle between Christ and Satan. In another place she compared the opposition that the early Christian apostles faced as in essence the same as what Luther also faced. A key turning point for her was the Diet of Spires. When faced with the decree of the emperor restricting religious liberty, the people’s representatives rejected the decree. In matters of conscience Scripture would reign supreme.8

What makes Luther significant is that he was willing to question the established norms of his day in favor of the authority of Scripture. In doing so, he embarked upon a pathway of reform.

What makes Luther stand out is his willingness to study Scripture in a new way. The Reformation was not a “shopping list of demands,” but instead was a “choreography for a new dance.”9 It turned the world upside down and created new space to think and evaluate then-present realities. In a time of humanism (ad fontes) it was a time to return to the sources, which for Luther was the Bible. In doing so, he pioneered a new hermeneutic of Scripture.

The ways in which people interpreted Scripture had changed through the centuries. In fact, the notion of sola scriptura, or Scripture alone (and its equivalents) was not unique to Luther. It had often appeared from the fourteenth century onward by both supporters of church councils against the Roman curia, and the supporters of the curia against church councils.10 Yet what made Luther stand out was his willingness to let Scripture reign supreme and challenge both faith and practice. It is this principle of biblical authority that led to his willingness to translate the Bible into the vernacular. In this way the interpretation of the Bible could begin in a fresh, new way.

Luther recognized the power of Scripture: “I simply taught, preached, wrote God’s Word; otherwise I did nothing. And then, while I slept, . . . the Word so greatly weakened the papacy that never a prince or emperor did such damage to it. I did nothing. The Word did it all.”11 Historian Scott Hendrix notes this same significance: It was “putting the Bible into the hands of laity and allowing it to penetrate European culture diversified Christianity to an extent not seen in hundreds of years.”12

Martin Luther was a complex individual who taught many things, and who even changed positions and grew in his understanding of Scripture. In some ways he also became embittered, particularly toward the end of his life, through debates with other Reformers about the meaning and significance of the Lord’s Supper. Yet despite his flaws he remains one of the most admired individuals in Christian history.

A recent project, named Pantheon, considered every individual on Wikipedia whose page was translated into 25 or more languages. Of the 4,002 such individuals in the arts and sciences who lived prior to 1950, Martin Luther ranked number 5 out of 518 notable people. “Among religious figures, only Jesus, Moses, Muhammad, and Abraham ranked higher than Luther.”13

The greatest legacy of all, and the one to which Seventh-day Adventists seek to imbibe and model, is his willingness to let the authority of Scripture reign supreme. He was not original in many of his ideas, but he allowed Scripture to challenge his own thinking. He made the Bible available in the vernacular so that others could do the same. While he lived in a world that did not allow for the separation of church and state, in a way he prepared the way for religious liberty and freedom by allowing people to decide for themselves what is truth by studying the Bible.

1 This article is an adaptation of material being prepared for a forthcoming collection of essays, edited by Michael W. Campbell and Nikolaus Satelmajer, titled Martin Luther and Seventh-day Adventism, forthcoming from Pacific Press.